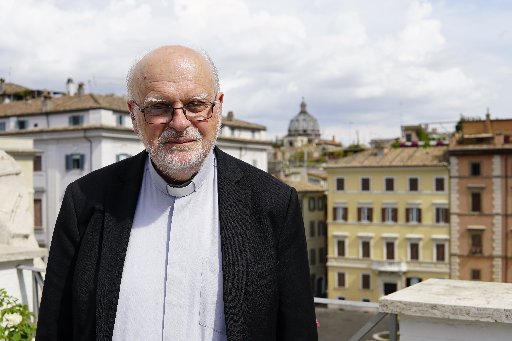 Wisdom of centuries: Swedish cardinal says much to learn from church’s past

VATICAN CITY – The prophecies and revelations of Saint Bridget of Sweden, who lived in Rome for almost 20 years until her death in 1373, were known for their direct rebukes to popes and princes, calling for an end to corruption and early reform within the Catholic Church.

“She was not afraid to issue stern warnings about the moral reform of the Christian people and of the clergy themselves,” wrote Saint John Paul II in his 1999 apostolic letter proclaiming her co-patroness of Europe. .

His countless admonitions, recorded in several volumes of his “Revelations,” brought to light a new vision for the Church, a vision that underscored the importance of humility within the Church hierarchy.

“The pope can greatly improve the situation by allowing (cardinals and bishops) to have only what they need and nothing superfluous, and he should order every bishop to watch over the ways of his own clergy,” she writes in her fourth book of “Revelations.

Centuries later, standing on the roof of the convent where Sweden’s first saint spent her last days in Rome, Sweden’s first cardinal reflected on the August 27 consistory that saw the creation of 20 new Church cardinals. Catholic.

“It’s a very typical consistory of Pope Francis because, as we see, he always chooses people – as someone said – from nowhere,” Cardinal Anders Arborelius of Stockholm told Catholic News Service August 28. “But it is his policy to call people from all over the world who are not expected to be cardinals, in order to show the universality of the Church.

It is clear “that the center of the church is no longer in Europe”, he added. “It’s very obvious, especially (because) he picked so many in Asia, where (Catholics are) mostly a minority, but that’s where people live. And if we want to emphasize evangelism, we must emphasize the areas where the faith is not known.

Arborelius, who was named a cardinal by Pope Francis in 2017, was among nearly 200 cardinals, Eastern patriarchs and officials from the Secretariat of State who met in the Paul VI Audience Hall with Pope Francis on 29 and August 30 to reflect on the apostolic constitution “Praedicate evangelium” (“Preaching the Gospel”) on the reform of the Roman Curia.

Reflecting on the apostolic constitution, Cardinal Arborelius said “it would be interesting to see” how the Roman curia will place evangelization at the center of the “bureaucratic work” of the Church.

Pope Francis, he said, “wants the whole Church to be present in every dicastery and for there to be people from the clergy and from religious life, of course, but also lay people.”

The pope’s emphasis on including the laity in the leadership of the Church, he said, is also evident in the appointment of 14 new members of the Dicastery for Bishops, including three women, in July .

Arborelius, who was among those named, said the inclusion of women in the group that helps the pope choose bishops shows that Pope Francis “is very keen to have a broader view of what it means. to be a bishop”.

“Someone said it was professors or rectors of seminaries” who were chosen as members of the Curia, including those who chose bishops, the cardinal said. “Now they are mostly pastors; not academics but grassroots (field) people. Of course, it’s very important to have women.

As the Catholic Church grows in the peripheries, the Swedish cardinal said the Church must also look to its own backyard and deal with the crisis of faith in Europe.

Traditional Catholic countries in Europe, such as Italy, Poland, Spain and France, “face big problems”, ranging from confronting the horrors of abuse to the politicization of so-called Christian values, did he declare.

One of the reasons for the steady decline of Catholicism in Europe, he said, could be “that people identify Christianity with a kind of political movement,” Arborelius said. “It’s a bit dangerous when some politicians use” Christianity to justify certain policies that often run counter to Church teaching, such as on issues like migration.

“It is a problem that some use Christianity – or Christian values ​​as they say – for political purposes without bringing the Gospel. They choose what they think is Christian,” the cardinal added. In Sweden, “we call it a ‘smorgasbord faith'”.

The Swedish cardinal told CNS that the pope not only faces challenges at home, but also abroad, from the ongoing war between Russia and Ukraine to the persecution of Catholics in Nicaragua.

Arborelius acknowledged that although the pope has been tireless in his appeals for peace since the conflict in Ukraine began in late February, “many want stronger words and actions.”

Similar calls for the pope to speak out also came after the August 19 arrest of Bishop Rolando Álvarez of Matagalpa, Nicaragua, and nearly a dozen others who had been under house arrest for over two weeks.

Although the pope did not specifically mention Álvarez’s arrest, he prayed for peace in the country during his Sunday, August 21, Angelus address.

Nevertheless, Cardinal Arborelius said it was important for people, especially those who live in countries “where we can say exactly what we mean”, that there are areas where speaking the truth can have the reverse effect on those who suffer.

“Traditionally, the pope has always been a bit above” political agendas and tries to help those in need “in a quieter way to create better conditions.”

“People need to realize that there are societies where it can get much worse, even if you tell the truth,” Arborelius told CNS. “I think it’s experience through the ages that makes the pope more cautious and not too outgoing in his criticisms. That’s part of the wisdom of the centuries.

“It’s not easy to be pope, because people expect so much,” he added.