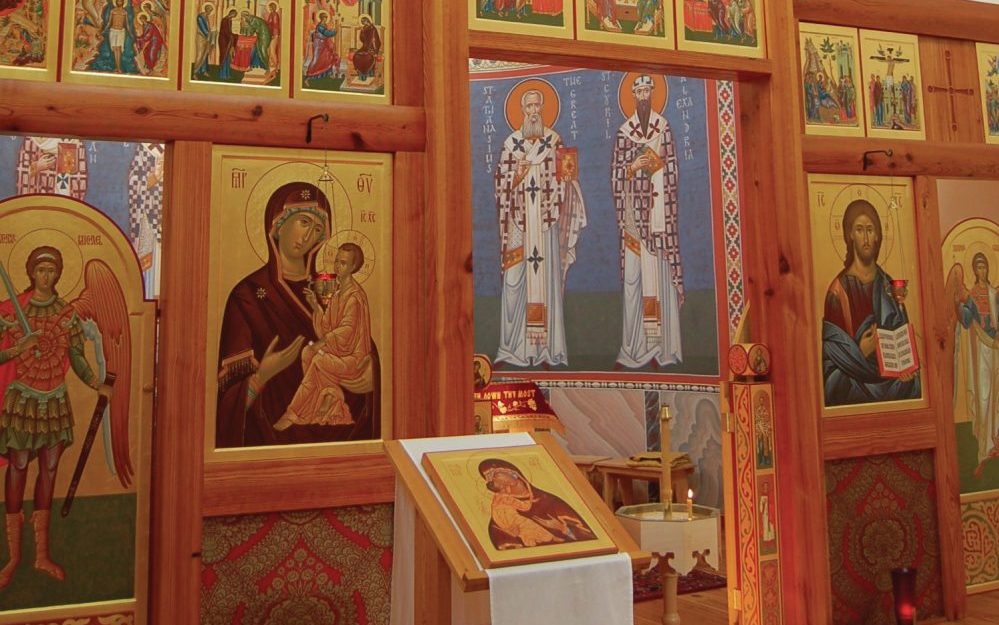 What the Western Church can learn from the Eastern Rite

In my early twenties, my faith life was in a rut. I regularly attended Mass, but felt frustrated by elements of most Roman Catholic parishes I attended: rushed prayers, irrelevant homilies, and distracting folk music. I participated, but maybe not wholeheartedly. I was drawn to the Latin Mass, which I appreciate for the solemnity and humility of the priest facing the altar, the sacred sound of Gregorian chant, and the devotion of the congregations dedicated to it. These people took catechesis and attendance at Mass seriously, actively participating with their missals and standing in long lines for confession. But it wasn’t until I attended a Melkite Greek Catholic church, with roots in the ancient Orthodox church of Antioch, that I found traditions and devotions that gripped my heart as well as a new language for praising God.

When I first entered the Byzantine Church for the Sunday Divine Liturgy, all my senses were immediately engaged, and my attention was maintained until the liturgy ended an hour and a half later. There was barely a moment of silence. New to the traditions but gradually understanding their meaning, I followed the example of the other parishioners.

As I entered the nave, I lit a candle in the narthex in front of the icons of Christ and the Virgin Mary Theotokos (God-bearer), declaring my presence to God and giving my particular prayer intentions. The sung psalms of Orthos (Morning Prayer) drew me into the liturgy, along with the clinking of the censers and the flow of incense as the deacons incensed the whole church and congregation. My view was filled with golden and colorful icons. Saints and angels surrounded me, and the dome above showed Christ Pantocrator (Almighty) at its peak. While traditional Western churches wow you with high ceilings and long naves, making you feel small and drawing your gaze up and forward to the altar, Eastern churches tend to be smaller, shaped domed and circular, making you feel surrounded by the triumphant church and part of the dome of heaven and earth.

Many Byzantine churches do not even have pews. People moved around, prayed before the icons of their patron saints, greeted each other and received the Sacrament of Reconciliation in front of the iconostasis (the screen separating the altar from the congregation). The priest gave absolution by holding his stole above the heads of the penitents. When the epistle and the gospel were to be read, the deacon pleaded: “Let us be attentive! At dozens of moments during the liturgy, the faithful made the sign of the cross – each time the names of the persons of the Trinity or of the Theotokos were sung, whenever a blessing was given by the priest, or simply whenever an individual strongly felt a particular prayer intention.

I was struck by how the Catholic faithful of the Byzantine rite showed such respect for the Eucharist. Many people have not gone up to commune; it is considered essential to adhere to the prescribed weekly fast of Wednesday and Friday and to abstain from animal products, to have examined one’s conscience and to be in a state of grace. Everyone bowed and made the sign of the cross as each gift was carried to the altar. These gifts themselves came from the sacrifice of the community. The bread was baked by a parishioner and marked with the special seal of the parish. All the communicants shared this same bread. The songs of the choir and the priest intensified until the epiclesis when the Holy Spirit was called upon the gifts. I was surprised that the Eucharist was leavened bread, which the priest dipped in the precious blood and placed on my tongue. With regard to the sacred mystery, many people sprinkled the Eucharist with blessed but unconsecrated bread to ensure that every particle of Christ’s body and blood had been worthily consumed.

When I first received the body and blood of Christ in the Byzantine Church, tears came to my eyes as the priest said, “The servant of the Lord, Nigel, receives the body and blood of our Lord Jesus Christ for the remission of sins and eternal life. The priest’s statement sounded like a stark reminder of the power of the Eucharist to forgive sins and grant eternal life, something I easily overlooked with the simpler “Body of Christ” being said in the West. Moreover, hearing my name, I had the impression that Christ himself was calling me.

At the end of the liturgy, all attendees were invited to take more holy bread—antidoron (“instead of gifts”) – like a meal of fellowship and love and sharing it with loved ones who couldn’t come to church. It serves as a visible sign of the blessings of attending the Eucharistic service and an invitation to church life.

I pray that healing and reunification between our churches can be achieved.

The Roman Catholic Mass in my home parish will always be a place of deep connection, history, familiarity and comfort, but I now find more affinity with the Byzantine Rite. I feel comfortable with the theological overtones of Eastern Christianity, not always developing strict formulas of how God works through the sacraments, but remaining in awe of the sacred mysteries.

Another accent of Eastern Christianity that resonates strongly with me is Jesus’ prayer: “Lord Jesus Christ, Son of God, have mercy on me, a sinner. It’s so simple and yet so fundamental that I can tell it as I breathe in and out, over and over again. Where Roman Catholics have the Rosary and its complex sequence of prayers and meditations, Byzantine Catholics have prayer cords, each knot inviting another Jesus prayer to be said. For Eastern Christian mystics, the constant repetition of this prayer is central to their meditative practice. For me, often distracted, anxious or dwelling on the past, the accessibility and depth of the Jesus Prayer turns my heart to continual renewal and greater trust in God.

By entering into the routine of attending a Byzantine parish, each Sunday I feel more deeply immersed in an ancient tradition in which I can spend my whole life trying to participate more. Most of my fellow Catholics will not know this expression of Christianity, but there are many ways to be Catholic. Finding the deeper essence of our church in a different expression of faith that Eastern Catholics share with Eastern Orthodox, I pray that healing and reunification between our churches can be achieved. There is room for diversity within a church with universality in its name. With two traditions nourishing my soul, I feel as I imagine the Holy Pope John Paul II when he said, “The Church must breathe with both lungs!”

There were several doctrinal splits in the church Jesus founded: the Great Schism of 1054, which separated the Eastern Orthodox (the main church of Greece, Russia and Eastern Europe) and the Catholics, and the earlier schisms, which separated the Eastern Orthodox (centered on Armenia, Ethiopia, Egypt and the Levant) and the Church of the East (that of Iraq, Iran and ‘India). Over the centuries, many groups within these churches returned to communion with the Bishop of Rome, representing five distinct rites in 23 churches sui iuris (“of his own accord”) of the Catholic Church, the most important being the Ukrainian, Maronite, Melkite, and Syro-Malabar churches. Roman Catholics can participate fully in the sacraments of any of these 23 churches. Progress has been made over the past century in easing tensions between Rome and the Orthodox Churches, with mutual anathemas lifted and declarations of faith shared.