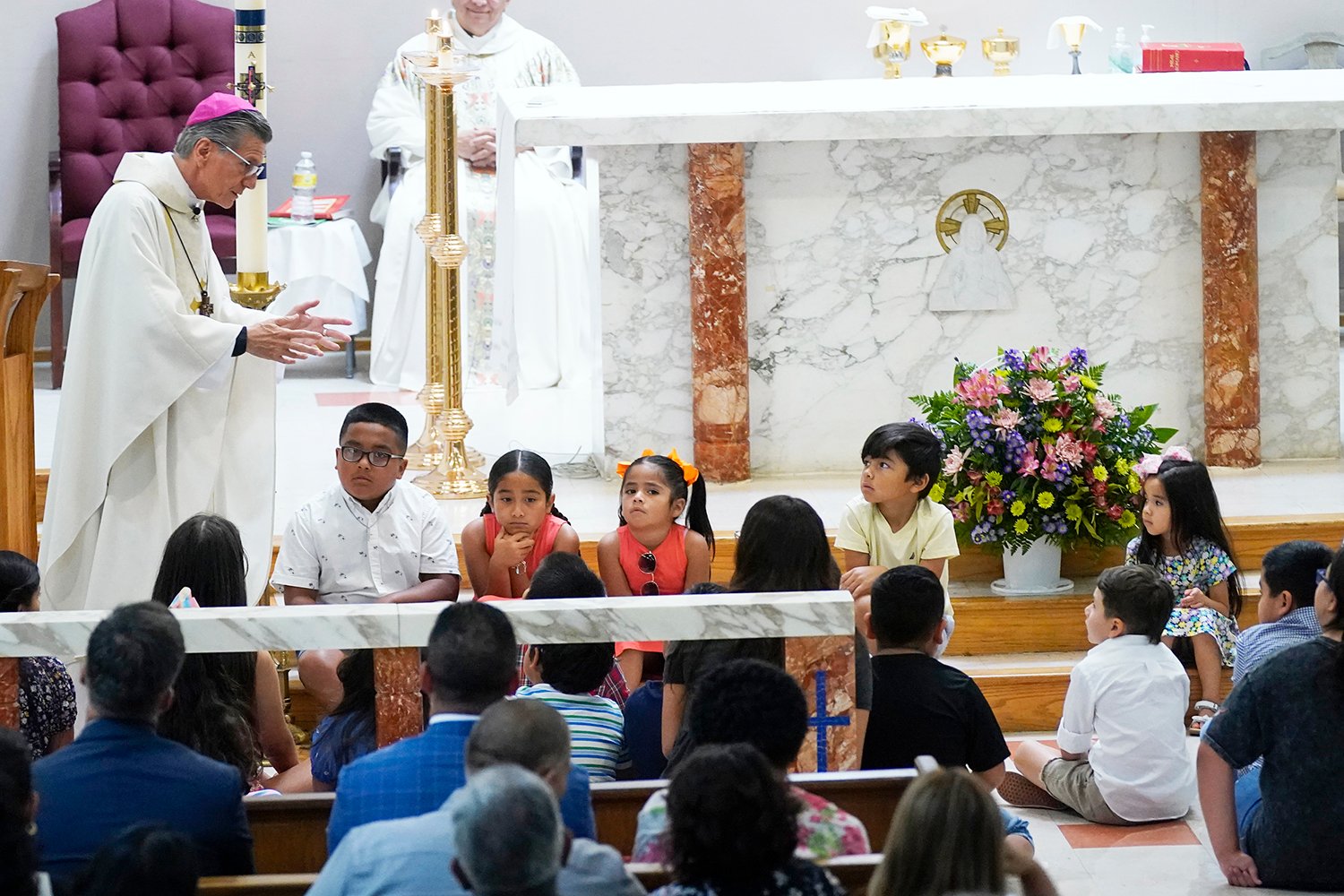 (RNS) – Catholic Extension, a grant-making nonprofit that funds impoverished parishes, announced it has endowed 30 full scholarships for students injured in the Robb Elementary School mass shooting. These funds will allow students to attend Sacred Heart Catholic School for several years, according to a statement from the Chicago-based organization.

The Monday (August 15) announcement comes as the school year begins for SHCS and three months after the shooting at Robb Elementary on May 24 killed 19 children and two adults.

Uvalde, a town of about 15,000, is in the Texas Hill Country about 50 miles east of the Mexico-United States border. The city, which is 78% Hispanic, has a close-knit Catholic community, according to Archbishop Gustavo García-Siller, whose diocese of San Antonio includes Uvalde. García-Siller was “thrilled” to learn about the monetary donation to students, he told Religion News Service in an email.

“I know this financial commitment will help provide a top-notch education, while pastorally accompanying these children and their families as we move forward in hope,” said García-Siller. “We offer our students love and hope for the future.”

Catholic Extension said about 80 families from Robb Elementary are trying to transfer their children to Sacred Heart Catholic School. The number would represent a major exodus from Robb Elementary 538 students enrolled. The non-profit organization said it is seek help through donations to meet demand and that scholarships are determined by financial need and extenuating injuries from the shooting. At SHCS, annual tuition costs approximately $4,000 per student, and total tuition through sixth grade, including book fees and technology fees, is $33,590.

RELATED: Shooting Survivor Explains Why Christians Must Offer More Than Thoughts and Prayers

“Tuition assistance means everything to my son and our family,” Oscar Orona, the father of a Robb Elementary shooting survivor, said in a statement. “My son has been through a lot and still has a long way to go to recover. At the very least, he deserves to go to a school where he feels safe.

Flowers are piled around crosses with the names of victims killed in a school shooting as people visit a memorial at Robb Elementary School to pay their respects, May 31, 2022, in Uvalde, Texas. (AP Photo/Jae C. Hong)

The Catholic Church‘s response to Uvalde has been key to starting the healing process in Uvalde, said Joe Boland, vice president of missions at Catholic Extension.

Boland visited the SHCS on Monday, his first day back in session. There, he witnessed an “icebreaker” exercise in which transfers from Robb Elementary, now fifth graders, showed up, including a student who was shot as his teacher tried to protect him. The professor was killed.

“Everyone was a little nervous but so happy to take that first step into school,” Boland told RNS.

In addition to providing scholarships to Uvalde families, Catholic Extension will support six sisters to provide onsite emotional assistance during the first week of school at SHCS. Over the next 18 months, 100 Catholic Extension volunteers will serve the Catholic community in Uvalde, according to the organization.

In years past, the private school had about 100 students. To give a sense of security to the new influx of SHCS students, Principal Joseph Olan issued a planned outline for the year 2022-2023. The new measures listed include a full-time emotional support campus guidance counselor. The school also installed 8-foot steel fencing and ballistic-grade doors and windows.

The upcoming school year may evoke intense emotions for Catholics in Uvalde, but has the potential to transform the community into a “new identity,” García-Siller said.

“My hope and prayer for Uvalde at the start of the school year is that we move forward in faith and hope, trusting in God and experiencing the joy of welcoming,” García-Siller said.