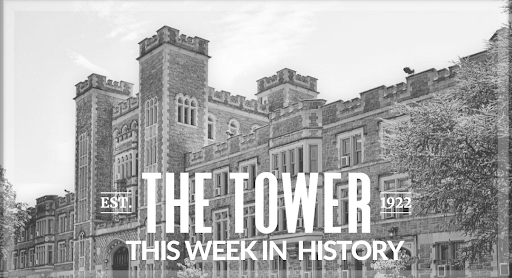 In this week Tower History section, we will collect relevant, historical or humorous excerpts from all previous editions of Towers 99 years of existence. Compiled weekly by Tower Staff.

99 years of Tower can be read here.

In this edition, a student wrote on the new fencing classes being established at the AUC; the lessons were taught by esteemed fencing teacher Prof Lanzilli. 2 classes per week cost $ 8.00 per month.