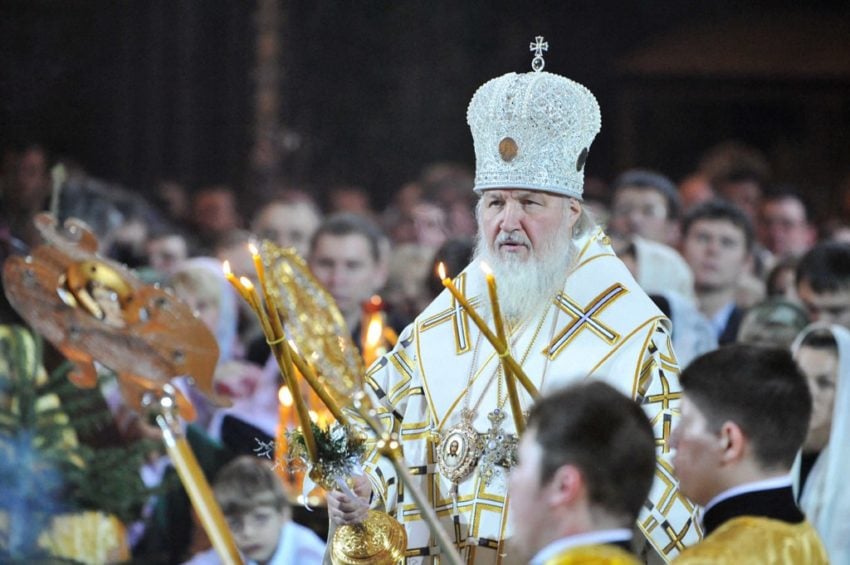 The spiritual significance of the Ukrainian crisis

When war broke out in Ukraine, the Ecumenical Patriarch of Constantinople, His All Holiness Bartholomew, wrote directly to our very own Ukrainian Catholic Patriarch Sviatoslav Shevchuk offering his brotherly support and prayers.

As Sviatoslav wrote in response to this gesture, “We see that in the face of death, in the face of brutal military force, every church schism and division falls, and we all unite in the name of God and for the good of the person” .

I think that’s an interesting thing for Catholics to think about. In times of real crisis, spiritual divisions are shown for what they really are: indulgences of the worst kind, as in the vice of indulgence, something unhealthy for the soul life of the Christian world. And we’ve all let ourselves go on both sides of the great divide.

Three important stories need to be told in times of war like this.

Ukraine in search of communion

The first concerns Ukraine, where the population is predominantly Orthodox. Two Orthodox jurisdictions operate in Ukraine: the Moscow Patriarchate, which is called the Ukrainian Orthodox Church (UOC-MP), and the Autonomous or Autocephalous Orthodox Church of Ukraine (OCU-EP).

The Orthodox Church of Ukraine was recognized in 2019 by the Ecumenical Patriarch of Constantinople amid howls of protest from Moscow, which then severed communion with the ecumenical throne. Although the UOC is a newly created community, it was assembled from older parts by issuing a Tomos (an official proclamation) of autocephaly.

By granting him autocephaly, His All Holiness Bartholomew pointed to a much older story about the founding of Christianity in Kyivan Rus in 988 and the Byzantine mission to the Slavs. Of course, Moscow wasn’t even on the map when this happened.

Along with the actions of the Ecumenical Throne, the Ukrainian Orthodox Church and the Ukrainian Greek Catholic Church have become very close, as we recognize our common foundation in the baptism of Kyivan Rus by the Holy Church of Constantinople, our common mother.

Catholics tend to think of ecumenism through the framework of the Reformation, while the division between the Orthodox and Catholic churches has historically been seen as a division within the Greater Church of Christ.

In Ukraine, this ecumenical vision is expressed with force and truth at the local level through the numerous ecumenical dialogues, theological working groups and the common solidarity between Greek Catholic and Orthodox lay people.

More significant is the quiet and steady continuation by the Kyivan Churches of the heritage with the ecumenical throne of an architecture to restore official communion, sensitively examining questions of primacy and whether a unified Ukrainian patriarchate – Catholics Greeks and Orthodox together – might be possible. .

Ukrainian civil society also plays a role here, because throughout its history it has always been pluralistic. There were always Ukrainian Greek Catholics, Roman Catholics, Orthodox, Jews, Muslims and many other faiths.

Ukrainians have always rubbed shoulders with various groups that were not part of their own intimate community, finding ways to work creatively within this context for many centuries.

This was evident in the 2014 Dignity Revolution on the Maidan, demonstrating the desire of Ukrainians to embrace what I would consider the best European ideals of freedom, liberty, dignity, respect for difference.

The second story concerns Russia, and more specifically the relationship between paranoia, power and isolation. I had a little joke with a friend of mine, a priest from the Moscow Patriarchate, who said, “Oh no, my father. The problem with Russia is that we don’t oppose primacy. It’s just that we don’t have it. If we did, you would know.

There is no primacy so immediate, so overwhelming as the primacy exercised by the primacy of Moscow over the territories it controls. The Russian Church exists in a kind of hermeneutic loop, a terrarium of its own creation, especially since the patriarchate of Kiril Gundyayev.

The Russian Church has not always been so authoritarian. Prior to the Bolshevik Revolution, the Russian Church was in many ways a source of the most creative theology and liberality within Orthodoxy.

Consider the artistic, philosophical, and theological flourishing of the late 19th century Silver Age, which gave us towering figures like Fyodor Dostoyevsky and the prophetic Vladimir Solovyov, and which influenced the life and dynamism of the Russian Church.

In 1917, the remarkable Patriarch Tikhon Belavin convened an All-Russian Council to propose a remarkable program of reform for the Russian Church, which had become fragile and extremely tired, harnessed to the civil administration of the Russian Empire.

Soviet domination of course caused all of this to be abandoned. Intellectuals who survived the Bolshevik purges were exiled on the famous “philosophical liner” of 1922 and in places like Paris and New York found themselves free to pursue, probably for the first time, new ideas about Orthodox life.

After the 1917 Revolution, various groups emerged from the Russian Church. The Russian diaspora was defined by plurality and division. There was the Soviet puppet “Living Church” in Russia, the Catacombs Church persecuted by the Bolsheviks, the intellectual diaspora in Paris, as well as the New York-based Metropolia which merged with the Orthodox Church in America, and of course the “conservatives”. rump” of Russian Christianity, the Russian Orthodox Church Outside Russia (ROCOR).

The great task of Russian Orthodoxy was to bring all this together after the collapse of the Soviet Union. It is very interesting that ROCOR, which considered Moscow to be the Antichrist during the Soviet years, now finds itself in quite a comfortable relationship with the Moscow Church – a kind of marriage made in hell. I would argue that the Russian Church has simply not been able to reclaim and process its history, and especially the more creative parts of its heritage, as it remains tied to the toxic ideology of interpenetration total Church and State – the old, old problem of Russia. .

In a sense, the Putinists have a reproach to the Ukrainians simply because after the collapse of the Iron Curtain, they wished for independence and, by sheer bravery and chance of history, they got away with it.

Ordinary Russians are modern Europeans, connected to the modern world – as they find out with the financial and diplomatic sanctions imposed on Putin. The idea of ​​a hermetically sealed “Russian world”, with its Eurasian mythology, is a fantasy.

Why do some Catholics support Putin?

The third story is for Catholics who find themselves reading this war through the prism of the culture wars of the immediate past, and who imagine Putin as a fighter in an almost “cosmic” war of revival versus anti-revival, or integral Catholicism. against modernism.

Vladimir Solovyov, the prophetic theologian whose book Russia and the Universal Church really underpins this whole situation, has a lot to teach these Catholics.

He believed that the soul of modern man suffered from three temptations: to radical materialism and secularism, to the “Tolstoian” morality of sentimentality and absurd pacifism, even to the refusal even to defend the good; and most importantly, the envy of Friedrich Nietzsche’s Superman (Übermensch).

In this last category alone, he captures something that has truly become our own experience of ourselves in late modernity, the desire to turn to a Superman – a heroic figure of strength, determination and cruelty.

In the eyes of some Catholics, usually young men trying to find their way in life, Vladimir Putin represents just that person.

But who is he really? A violent dictator, the last of the Soviets. If you were to take the photos of Putin, Lukashenko and their cronies and put them in black and white, you’d swear you were looking at Brezhnev-era goons.

These men are dinosaurs and their support has no place among us if we want to call ourselves Catholic Christians.

Father Justin McDonnell is a Ukrainian Catholic priest from the Eparchy of Saints Peter and Paul of Melbourne.