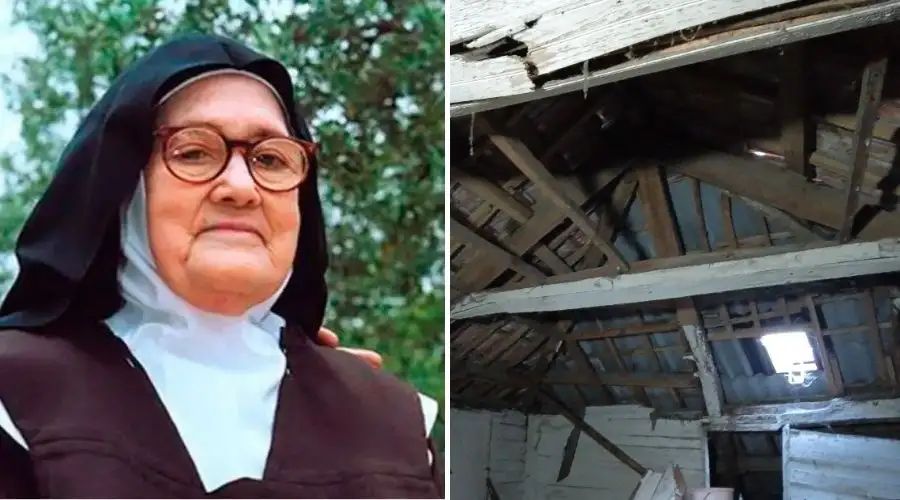 Fatima’s message has been revealed through various apparitions, most of them in Portugal. But not all the apparitions took place there.

First, an angel appeared in Aljustrel, Portugal, three times in 1916. Later, Our Lady visited seers Francisco, Jacinta and Lucía in Cova da Iria and Valinhos between May and October 1917.

It was during the apparition of July 13, 1917 that children were entrusted with the devotion of reparation to the Immaculate Heart of Mary on the first Saturdays of five consecutive months.

After the death of Francisco in 1919 and of Jacinta in 1920, Lucia came under the protection of the bishop. Our Lady had already announced to her that she would survive the death of her cousins ​​”a little longer” to be an instrument of the Lord.

“Jesus wants to use you to make me known and loved. He wants to establish devotion to my Immaculate Heart in the world,” Our Lady told him in 1917.

All this remained secret until a few years later.

The bishop arranged for Lucía to study at the school of the Sisters of Saint Dorothea in Porto, Portugal, using the name Dolores to conceal her identity. At the age of 18, she felt a vocation to the Carmelites, but the nuns convinced her to go to the novitiate of Tuy, near Pontevedra, in Spain.

The sisters’ novitiate was in Spain due to the anticlerical laws in force in Portugal at the time.

There, the sisters discovered that she did not have the school certificate, because taking the exam in Porto would have meant revealing who she was. So they couldn’t admit her to train as a teacher.

That’s why she was sent to Pontevedra to take care of manual tasks. Lucía’s vocation as a Carmelite nun then seemed like a distant dream. It was in this moment of desolation that the Virgin appeared to her with the Child Jesus.

As part of this free service, you may receive occasional offers from us on EWTN News and EWTN. We will not rent or sell your information and you can unsubscribe at any time.

“Our Lady, as if she wanted to instill courage in me, gently places her maternal hand on her right shoulder, showing me at the same time her Immaculate Heart which she holds in her other hand, surrounded by thorns”, says the clairvoyant.

At that moment, the Child Jesus spoke and said: “Have mercy on the heart of your Most Holy Mother, covered with thorns, with which ungrateful men pierce it every moment, and there is no one to do an act of reparation to remove them.”

Then, Our Lady exhorts Lucía to reveal the devotion of the first five Saturdays which had already been communicated to the seers in 1917: “Announce that all those who, for five months, on the first Saturdays, go to confession, take communion, say five years of the rosary and keep me company for 15 minutes meditating on the mysteries of the rosary, with the aim of making reparation, I promise to assist them at the hour of death with all the graces necessary for the salvation of their souls. ”

Lucía recounted that on December 15, “I barely remembered it” and while carrying out her duties, she met a boy to whom she tried to teach Ave Maria and urged him to go to a nearby chapel to say a short prayer.

Two months later, in February 1926, she met the boy again and asked him if he had asked the Heavenly Mother for Jesus, as she had suggested. The boy turned around and said, “And did you spread all over the world what Heavenly Mother asked you to do?”