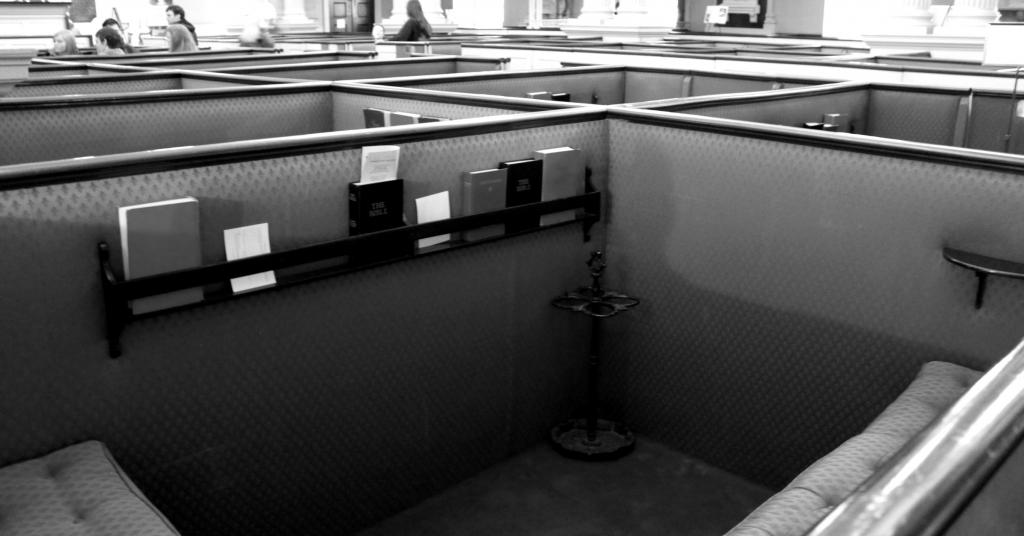 The Pew Doors of St. Cuthbert’s – A Word of Caution for All of Us

What happens when we cling to religious buildings from a bygone era when they do more harm than good in our time? Here is an interesting story that serves as an illustration and a warning to all of us.

We start with an article from Church hours, a British newspaper which covers the Anglican Church but is independent from it. This is St. Cuthbert’s, the parish church in the village of Over Kellet in the North West of England. The building is classified as a historic site and therefore has restrictions on the changes that can be made.

St. Cuthbert’s has box benches – more on that later. Last year, the church removed the doors to the lodges. This removed a point of contact and a possible source of transmission of the Covid-19 virus. This year, the church asked for permission to close the doors for good. They said it would make the church “more accessible and welcoming”, especially for people with reduced mobility.

The diocesan chancellor refused the authorization, largely based on recommendations from various historical societies. The doors should now be replaced.

St. Cuthbert is not Westminster Abbey or any of the other great cathedrals which are more museums and tourist attractions than working churches. It’s a very old building, but it’s an active parish church – it’s part of a living community. But some people want to keep it frozen in the past.

This essay does not address what are and are not appropriate pandemic protocols (contrary to what we thought at the start of the pandemic, it now appears that there is little chance of transmission of Covid by surface contact) . Nor is it the issue of local control versus central control (I generally prefer local control to local affairs and central control to matters of general interest). It’s not even about whether or not box benches should have doors.

Rather, it is about what happens when we allow religion to freeze in the past and become a museum exhibit rather than a living tradition.

The first Christian churches did not have pews or other seats. They first appeared in the 13e century, but they only became common to the Protestant Reformation. When the sermon replaced Holy Communion as the focal point of service, seats became necessary. But who would pay to install seats?

In many churches this responsibility fell on individual families. Box benches allowed them to clearly demarcate their property and offered some protection against cold drafts. Other churches used pew rentals as their primary source of fundraising, and the rent could be very high, especially for pews in desirable locations.

The practice was introduced to the Americas – many colonial-era churches still have box pews. I saw a few of them during my visit to Boston a few years ago, some of them in churches that are now Unitarian Universalists.

Some churches were “closed” – if you didn’t own or rent a pew, you couldn’t attend. Without a doubt, this played a big role in the historically low attendance of the church during the War of Independence period.

The practice of renting benches did not end in some places until the 20e century. The churches realized that it was not very welcoming and discouraged people from attending.

But the pews of the box remain in many churches, artefacts from a bygone era.

According to information on the church’s website, there has been a church in the village of Over Kellet since the 900s. The current stone building dates from around 1215. A tower was built in the 1300s and expanded in the 1500s when a major demolition and reconstruction project took place. Further additions and renovations were made in 1856, 1909 and 2006.

The benches in question were installed in 1817 – this is a relatively late addition.

As an American, I am in awe of the buildings and other structures that have been around for centuries. I’m annoyed by our tendency to tear down anything that is over 20 years old so that we can build something bigger and newer. It is important to preserve our architectural heritage.

St. Cuthbert’s has been a living church for over a thousand years. It has been changed many times, sometimes extensively. But now it is considered “a building of special architectural or historical interest” and is placed in a display case (metaphorically speaking) where it will be suspended in time forever, whatever the needs of the congregation. Previous generations were free to modify the building – and they did. Future generations are not.

Bryn Celli Ddu is a henge and tomb-sanctuary on the Isle of Anglesey in Wales. It is also the site of public celebrations for the Order of the Druids of Anglesey. I visited in 2014 and again in 2018 – the last visit inspired a blog post I titled The Impact of Human Activity on Sacred Sites.

Contemporary Druids are very respectful of Bryn Celli Ddu, but they see her as a living person – a person who wants people to come and discover and celebrate with her.

Like St. Cuthbert’s, Bryn Celli Ddu has been built and rebuilt many times. It started out as a simple gathering place. Then a ditch and embankment were built – the ditch is still there, but the embankment is gone. Menhirs were put in place, then they were removed and the passage tomb installed. And then he was abandoned and forgotten.

Modern exploration began in the 1800s. In the 1900s, reconstruction work took place, including the installation of concrete roof pillars for safety reasons.

Over the past 30 years, modern Druids have entered the henge by the same route. In doing so, they dug a path in the ground. When future archaeologists examine the site, they will be able to determine what it looked like over the past millennia, and they will also be able to see how it was used in the 21st century.

The question of appropriate modifications versus inappropriate modifications merits discussion. I spoke about this earlier this year in an article on getting new flooring for the Roman Colosseum. I am happy that concerts and other cultural events are once again being organized at the Colosseum. I would be much less happy if it were turned into apartments. But places that were built to be used are to be used, not just admired from an antiseptic distance.

As for buildings, so for culture and doctrine

Buildings are living parts of a religious tradition – they must change and grow over time. And what is true of physical structures is also true of other parts of the tradition.

Some Christian denominations still refuse to ordain women – or otherwise consider them equal to men – because that is how it has been done for centuries. Some have made hatred of homosexuals the essence of their religion… or at least, that’s what they are arguing in court. Much of the problem with the Taliban is their desire to force everyone to conform to the cultural norms of 7e Arabia of the century.

Some of these problems are less damaging, but no less problematic. As we discussed in the last article, too many modern pagans are more concerned with recreating a golden age that never was than they are with building a solid religion here and now. .

Basically, a religion is the accumulated wisdom of those who came before us. It provides advice on how best to relate to gods and spirits, to the natural world, and to each other. This is what works best when it comes to leading a good and virtuous life. This wisdom must be respected, and it must be changed slowly and with serious deliberation.

But when he needs to change, he has to change. If this freezes in the past, then priests and practitioners become museum curators, obsessed with preserving what was then as tradition takes one step closer to uselessness and eventual death.

Whether or not St. Cuthbert’s replaces the doors of its lodge benches is far from the most important question of the day for the church, let alone the rest of us.

What is important is the dangerous idea that an edifice of religion is maintained in perpetuity even if it no longer serves the religious tradition or its practitioners.

And this is something that we all need to think about very carefully.