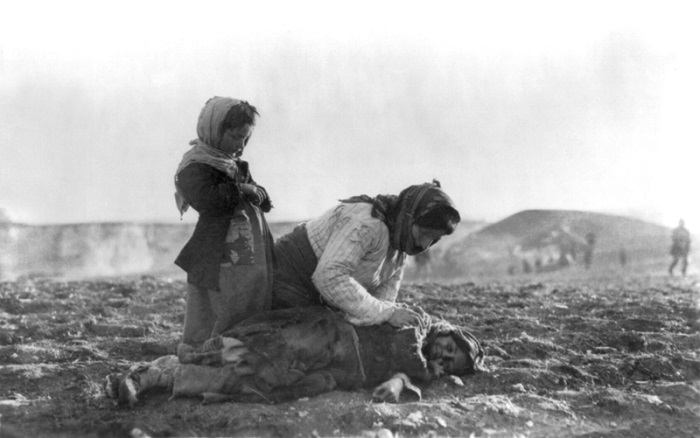 The Armenian Genocide, the systematic mass murder and expulsion of 1.5 million ethnic Armenians perpetrated in Turkey and neighboring areas by the Ottoman government between 1914 and 1923, is commemorated on April 24 each year.

The Armenian Genocide was an atrocity that occurred in the context of a broader religious cleansing across Asia Minor that spanned 10 years and included Armenians, Greeks, and Assyrians. They were all Christians who were also subjects of the Ottoman Empire.

The religious cleansing was in fact the first of modern times, and it was part of the pattern of genocides that would follow in the terrible century to come.

It should be noted that the Nazis of the following decades were transfixed by the events in Turkey during those nightmarish years of massacres and murderous deportations – and saw in them a model they could emulate for their own twisted ends.

In many ways, Armenians bore the brunt of the slaughter, but ethnic Greeks and Assyrians were also slaughtered in the same way – and for the same reason: they were scapegoats in a crumbling empire that considered the Christians as a dangerous and potentially treacherous population within the country. .

There was a strong nationalist impulse to create a “Turkey for Turks”, and that meant a homogeneous population based on “Turkishness” and the Muslim faith.

Persecution of Armenians began in 1914

Initially, it was just a campaign to boycott Armenian businesses and shops. But within months, it culminated in acts of violence and the murder of key Armenian politicians and prominent figures. On April 15, 1915, nearly 25,000 Armenians were killed in Van province.

On April 24, 1915, the Ottomans arrested 250 Armenian intellectuals and community leaders in Constantinople and sent them to Chankri and Ayash, where they were later murdered.

On the same day, the editors and staff of Azadamartthe main Armenian newspaper in Constantinople, were arrested, to be executed on June 15 in Diyarbekir, where they had been taken and imprisoned.

The Armenian Patriarch of Constantinople and Zohrab, an Armenian deputy in the Ottoman Parliament, petitioned the Turkish authorities on behalf of the arrested Armenians from Constantinople. The answer was that the government was disbanding Armenian political organizations.

In nine months, more than 600,000 Armenians were massacred. Of those deported during this time, more than 400,000 died from the brutalities and deprivation of the march south into Mesopotamia, bringing the death toll to one million. This became known to the rest of the world outside of Turkey as the Armenian Genocide.

Additionally, 200,000 Armenians were forcibly converted to Islam to give Armenia a new sense of Turkish identity and strip the Armenian people of their historic past as the world’s first Christian state.

On August 30, 1922, the Armenians who lived in Smyrna were victims of even more Turkish atrocities. The “Smyrna Disaster” of 1922, which targeted Christian Greeks who lived in the seaside town, also involved thousands of Armenians. Turkish soldiers and civilians set fire to all Greek and Armenian neighborhoods, forcing Greeks and Armenians to flee to the port, where thousands of people were killed or drowned.

On April 24, 1919, prominent figures from the Armenian community who had survived the atrocities held a commemoration ceremony at the Holy Trinity Armenian Church in Istanbul. After its initial commemoration in 1919, the date became the annual Armenian Genocide Remembrance Day.

Yet somehow, ever since the horrific events of 1915, Turkey has methodically denied that the Armenian Genocide took place. But despite Turkish denials, it has been unanimously verified by the International Association of Genocide Scholars and accepted by all nations of the world who uphold moral responsibility above political goals.

The Armenian Genocide was officially recognized by US President Biden on April 24, 2021, in an official statement. It ended a consistent policy of non-recognition that has long guided Biden’s predecessors.

“Every year on this day we remember the lives of all those who died in the Armenian Genocide of the Ottoman era and recommit ourselves to preventing such an atrocity from happening again,” said the American president.