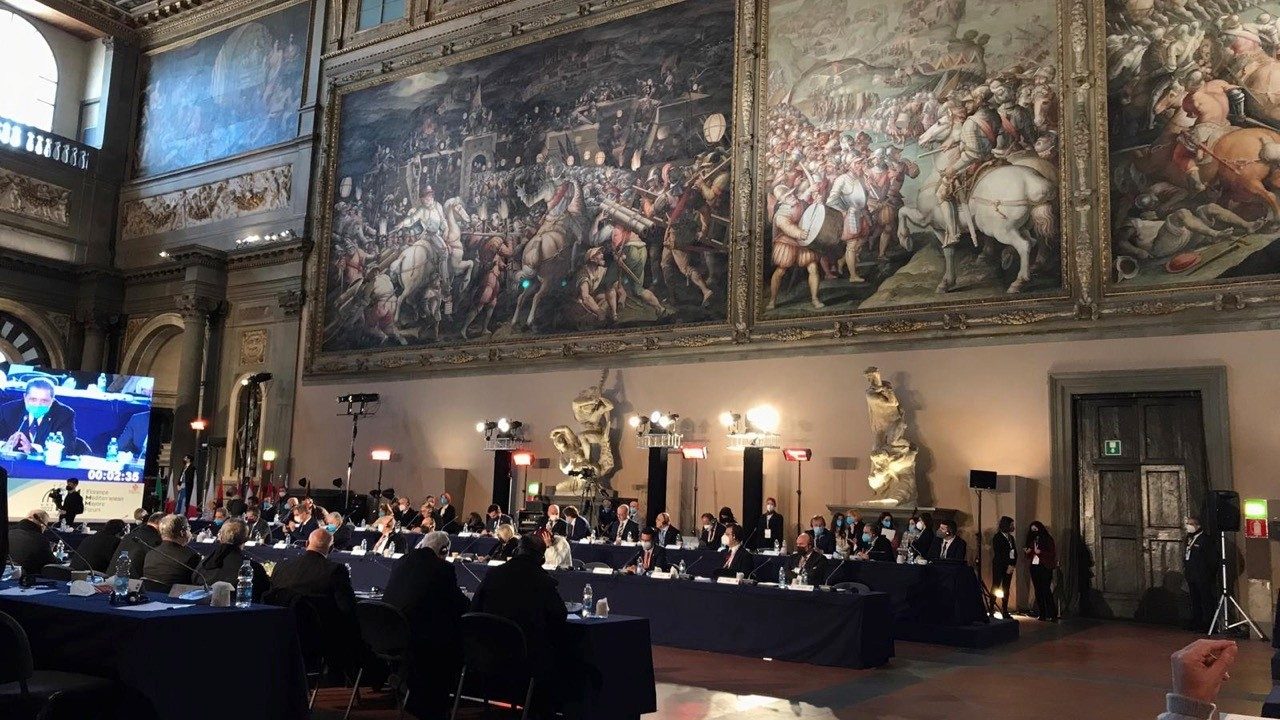 The Florence meeting ends with calls for peace, encounter and fraternity

The meeting of bishops and mayors from the Mediterranean ends on Sunday with religious and civil leaders pledging to work together and calling for an end to the war in Ukraine.

The meeting of bishops and mayors “Mediterranean, frontier of peace”, which took place from February 23 to 27 in the Italian city of Florence, ended on Sunday with the celebration of the mass presided over by Cardinal Gualtiero Bassetti .

Church and civic leaders met, separately at first, then jointly on Saturday, to deliberate and sign the “Charter of Florence” – a document illustrating the values ​​and principles to guide their work for the betterment of countries surrounding what the ancient Romans called the Mare Nostrum (“our sea” in Latin).

A joint effort to meet the challenges

The last day of the meeting began with an introduction from the host mayor, Dario Nardella from Florence. His speech was followed by testimonies from six participants, who illustrated their experiences of being confronted with the realities surrounding the Mediterranean Sea and emphasizing the importance of concerted efforts to face the challenges.

Following the testimonies, Cardinal Gualtiero Bassetti, President of the Italian Episcopal Conference, addressed the participants gathered at the Sala Cinquecento from Vecchio Palace. Then Cardinal Bassetti, alongside Cardinal Betori of Florence and Mayor Nardella, paid a private visit to a group of migrants and refugees.

In his speech, Cardinal Bassetti underlined the importance of the meeting for Pope Francis, who could not be present in Florence for health reasons.

The Cardinal highlighted four elements that summed up the 5-day meeting: the story; the example of Giorgio La Pira – the Catholic mayor of Florence who organized and hosted the Conference of Mayors of the Capitals in 1955; the Mediterranean as an important political and cultural crossroads; and, the arrival of the world at an apocalyptic moment in history, which highlights the need for peace and brotherhood in the Mediterranean.

Call for peace in Ukraine

Cardinal Bassetti also reflected on the disheartening situation caused by Russia’s military invasion of Ukraine and called for an end to the conflict.

He noted that the war in Ukraine began at a time when “the clock of history has stopped in Florence and the hour of peace and dialogue has struck”, with bishops and mayors signing the Charter of Florence, driven by “a desire to listen and meet.

“To all those who fight. I would like to use the simple words of an old priest: Please, please stop! In the name of God, no to war!

Jesus lets himself be found

Then, during the homily of the closing Mass, Cardinal Bassetti reflected on the Gospel reading of the day (Lk 6, 39-45) where Jesus speaks to people in the plain and not from a mountain. He explains that this means that Jesus wants to reach everyone and that he allows himself to be found.

The cardinal pointed out that the plains of Palestine could be compared to Florence, nestled in the plain of the Arno – and not on an inaccessible peak or in a fortified citadel. It is there, he says, that the Lord is, who seeks to address a word of salvation to the pastors and delegates present.

Reflecting on the three pairs of Gospel images: the master and the disciple, the shard and the beam, and the tree and its fruit, the Cardinal pointed out that there is a pearl of Mediterranean wisdom behind the pairing, that of the continuous encounter, as even Jesus sent his disciples in pairs.

“Christian faith is also not indoctrination or personal conviction, but listening to those who have gone before us and engaging with other fellow travelers,” he said, adding that it This is the experience they lived: listening to the various stories coming from the shores of the Mediterranean in a meeting that promotes communion and fraternity.

“May the Mediterranean, which is the geographical space where the Son of God decided to be born and where his Gospel took its first steps, may become an immense place of resonance for this message of brotherhood,” he prayed.

“May the peoples of the Mediterranean be witnesses for the whole world of a possible peace, the peace that starts from a heart converted to the Gospel and produces concrete choices for the good of all.

Rules for Dealing with Fellow Travelers and New Curators – AMAC