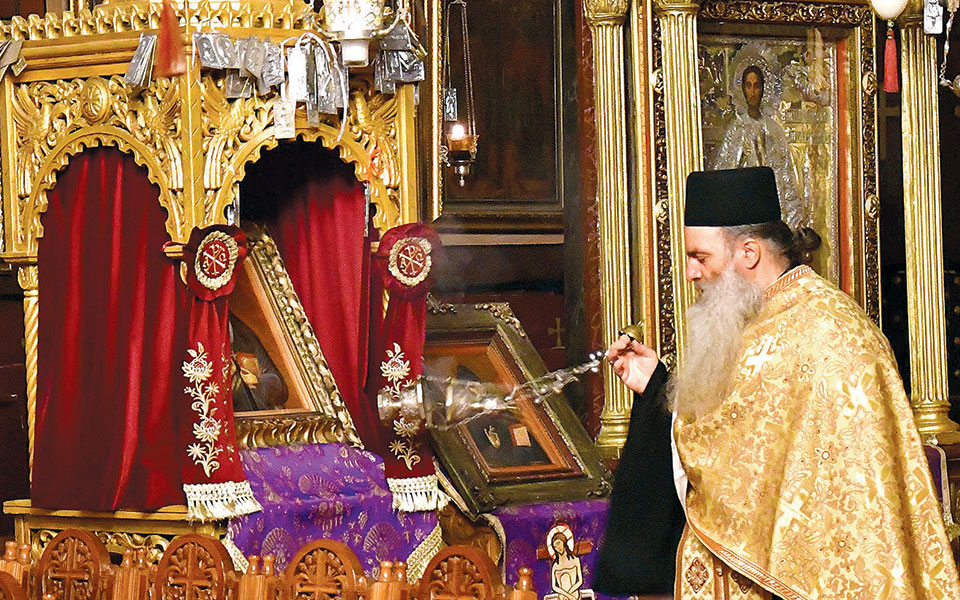 If there were any doubts before, during the coronavirus pandemic, they have been completely dispelled. The “faithful” are a particular social group. In Greece, their number, especially when they are seen as potential voters, is large, and therefore parties treat them with great care and attention. To keep them happy, to prevent them from turning against “us” (the composition of “us” changes), to impose sanitary measures and protocols but nothing “too much”.

The hesitation, to put it mildly, was clear from the early days of the pandemic, with the unforgettable about-face over whether the virus can be spread through Holy Communion (compounded by the contribution of various “scientific” authorities ), and since then there have been continuous communication problems, not with the Divine but with the people who follow him.

Over the past year and a half, there has been an ongoing standoff between state and society and the Church, the flock and its shepherds. This explosive situation was exacerbated by the vaccination campaign. The official Church position was in favor of the vaccine, but there is nothing more indefatigable than irrationality. We have heard (from reports) and seen (from inside intensive care units and the number of new cases) everything. With priests, monks and believers being aggressively indifferent to the virus, doubting its existence, declaring that the virus would not dare to enter the homes of the saints, believing that divine grace, and not science, saves lives.

In his speech, the Prime Minister announced that “when it comes to religious life, the unvaccinated faithful must present negative laboratory tests”. It is a measure supported by the opposition. The next day, the government spokesman clarified and reiterated the obvious, that “if during the routine checks it is established that they are not able to display a rapid test, they will be sanctioned according to the legal framework. in force “.

The effort that has been put into pampering the deniers and anti-vaccines who form part of the diverse Christian crowd is admirable.

However, is it interminable? Even if it is to the detriment of public health?

In a recent interview with Kathimerini, Vartholomaios, the abbot of the monastery of Esphigmenou on Mount Athos, called the anti-vaxxer priests inside and outside Mount Athos as “Taliban with habits.” And without habits, we would add.