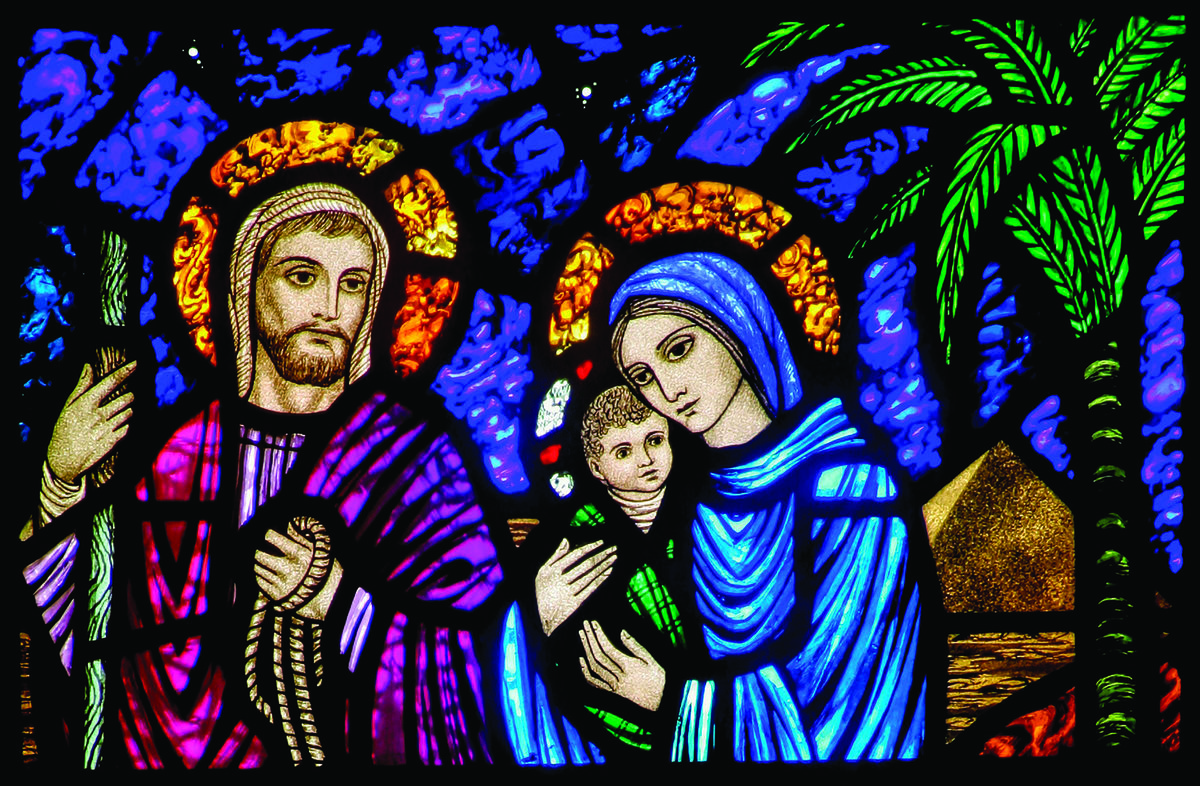 The Catholic difference: the sanctity of Christmas – Catholic Standard

Rome – A huge, 16 volumes The life of the saints, first published between 1872 and 1877, informs me that here in the Eternal City, the feast of Christmas first became a separate celebration of the ancient feast of Epiphany in the mid-fourth century – and that Saint John Chrysostom, one of the four doctors of the Church who uphold the cathedra in Bernini’s bronze masterpiece, The altar of the pulpit, in the Vatican Basilica, â€œmade every effortâ€ to promote the celebration of Christmas in the Christian East.

The author, in his charming and verbose Victorian style, then catalogs the relics of the Nativity, here in Rome and elsewhere:

â€œâ€¦ In the church of Santa Maria Maggiore [is] the cradle of Bethlehem, inlaid with silver and enriched with ornaments offered by Philip III of Spain.

â€œThe towels with which the Child Savior was wrapped were once exhibited in Constantinople, but were transferred to Paris in the 13th century and placed by Saint Louis in the Sainte Chapelle.

â€œBesides the cradle in which our Lord, they say, was cradled, is the stone crib in the cave of Bethlehem. One of the stones of this crib is represented in the Basilica of Santa Maria Maggiore on the Esquiline, in the altar of the crypt of the Chapel of the Blessed Sacrament.

â€œSome of Christ’s napkins are also on display for the worship of Catholics in the same chapel. The mantle with which Saint Joseph covered the manger, to protect the Child from the cold, is in the Church of Saint Anastasia in Rome. The Basilica of Santa Croce in Gerusalemme in Rome is also blessed with having the first cuts of her child’s hair.

Judging by 21st century standards, does any of this make historical sense? Some, probably, but forensic certainty on ancient artifacts isn’t really the issue here. Because behind these traditional and pious claims, as behind the visit in the 4th century of the Empress Dowager HÃ©lÃ¨ne (mother of the Emperor Constantine) to the Holy Land – a long and dangerous pilgrimage which brought many of these relics to the West – lurks a crucial conviction: the conviction that Christianity is neither a pious myth nor a fairy tale.

Christianity begins in a real place, at a precise moment when real men and women met a traveling rabbi named Jesus of Nazareth – and after what they thought was the utter catastrophe of his degrading and violent death, have it. met again as the Risen Lord Jesus. The lives of these true men and women were so transformed by these encounters that they in turn went out and set to work on the task that the Risen One had entrusted to them: “to make disciples of all nations” (Matthew 28:19).

The earthy side of the Christmas story – the manger, the stable, the swaddling clothes, the flabby oxen and the bellowing cows, the stunned but benevolent shepherds, the exotic magi of the East and their golden gifts, incense and myrrh, the circumcision of the child – emphasizes this fundamental Christian conviction: the second person of the Most Holy Trinity, the “Word” by which “all things were made” (Jeans 1: 1, 3), made history through the cooperation of a young Jewish girl and her shadow by the Holy Spirit, and was born at a specific time in a specific place.

That â€œthe first cuts of her childish hairâ€ actually were in the Rome Basilica of the Holy Cross in Jerusalem may be beyond historical verification; the real point made in such claims is that the incarnate Son of God was truly at one point in his life among us a child who had the hair of a child and all the other attributes of a weak and helpless child.

Ditto for what is actually proposed by the “towels”, the cradle, the blanket-mantle of Saint Joseph and all the rest: He whom Christianity proclaims Lord and Savior, He who fully reveals both the truth about God and the truth about the dignity and fate of our humanity, was not a character in a virtual reality “metaverse” constructed by Mr. Mark Zuckerberg. It was here, on this third planet of the solar system. And He is always with us: in the scriptures proclaimed, and especially in the holy bread broken and shared.

As the post-modern world loses its grip on the most basic truths (even those inscribed in our chromosomes), the terror of Christmas proclaims and celebrates an incarnate divine savior, once a child, who ennobles and transforms all the data of the world. human condition.