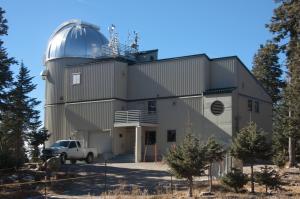 The Catholic Church and the Galilee: Truth or Myth?

According to popular opinion, the Catholic Church is still mired in the Inquisition and still ignorant of modern science. After all, look what they did to Galileo Galilei.

Whenever I hear a critic of Catholicism mention Galileo, I mean, “Really, are you going to bring up something that happened 400 years ago? Talk about not moving on! Harassing Galileo is particularly ridiculous since most of what people believe is a myth.

(Note: The Vatican has an advanced-tech telescope on Mount Graham, about 70 miles northeast of Tucson.)

Graney’s research into 16th and 17th century astronomy resulted in two books and, specifically in Galileo, two recent articles in Catholic publications on the true history of Galileo and the Church.

One of them, “The Truth About Galileo,” can be found at Catholic National Register in line: https://www.ncregister.com/blog/myth-of-galileo

The other article, “What Galileo’s History Is Wrong About Church and Science,” was written with Brother Guy Consolmagno, SJ, director of the Vatican Observatory: https://www.americamagazine.org/arts-culture/2020/09/18/what-story-galileo-gets-wrong-about-church-and-science

Given their credentials, these guys should know what they’re talking about. It is also worth mentioning that the Vatican Department of Astronomy is considered to be the best department of its kind in the world.

Additionally, members of the Pontifical Academy of Sciences include the world’s most eminent scientists (think Stephen Hawking and various Nobel Laureates).

According to legend, Galileo was tried by the Inquisition for having the audacity to claim that the earth orbited the sun instead of the other way around. As Graney notes: “In recent variations of this myth, the Catholic Church has been cast into the role of science deniers who have used the Scriptures as a stick to deny Galileo’s claims and convicted him of ‘heresy.

It is true that Galileo was called before the Inquisition and punished with house arrest for the rest of his life. The house arrest was a slap on the wrist, however, compared to the dungeon punishments of the day, and Galileo was able to continue his work.

Compared to the scientific knowledge of his time, Galileo was radical, so the judgment, while incorrect, was a reasonable decision. Of course, politics were also involved.

Despite what social media snipes say, it is not true that Galileo was tortured. Galileo was not excommunicated, did not invent the telescope, and did not actually to prove let the Earth move.

How disinformation spreads and validates

Nevertheless, the observatory receives hate mails accusing the Church of “barbecuing” scientists. What is even more disturbing is that Graney was able to quote a Harvard astronomer, an Oxford publication, and a new Simon & Schuster publication all of which spread misinformation about the Church and Galileo.

How can eminent scholars be so gravely mistaken? Because they watch 17e science of the century with knowledge of the 20e century. They see events with modern eyes and not with the eyes of the people who were there and who had a different view of the world and a different understanding of astronomy.

Add to this misinterpretation a modern tendency to believe anything bad about the Church, and you get science fiction instead of facts. How can these “experts” travel so far? Are they not doing research?

Yes and no. They start with assumptions based on the myth, then find sources that match those assumptions, never checking whether those sources are biased.

I once edited a book for a political science professor whose main sources were two notoriously leftist newspapers. His chapter on abortion was ridiculously outdated and horribly misinformed.

It was evident that this “expert” had never spoken to a pro-life person or considered anything other than pro-abortion propaganda. Still, I’m sure he thought he did his research, and his readers thought he knew his stuff.

If you are the type to read The “Da Vinci Code and think his descriptions of the Church are true, then you are probably content with the Galileo myth. Cloak and dagger stories and conspiracy theories and more exciting than the truth and easier to find, right?

As Graney says, “But Catholics must seek the truth. This is one of the reasons why the Vatican supports an astronomical observatory and thus participates in the search for scientific truths.

Catholics are not conservatives; we are steadfast. We are following the way of Christ and of science. If you want the truth, look to the Church.

Jennifer Lopez’s film made history in the US Congress