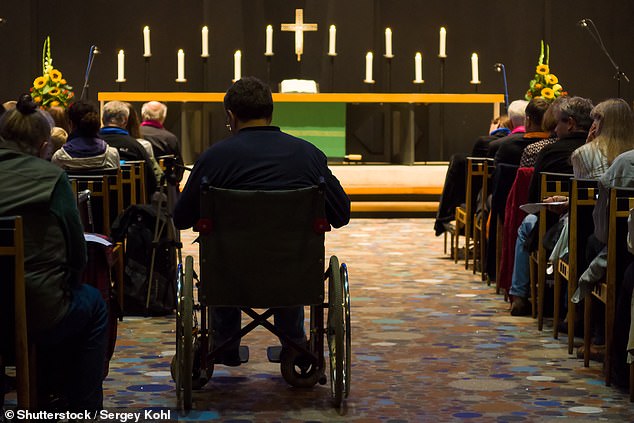 Telling worshipers to ‘all stand’ and ‘all kneel’ in church is unfair to people with disabilities, say vicars

By Kaya Terry for Mailonline

Telling worshipers to ‘all stand up’ and ‘all kneel down’ is unfair to the disabled, vicars tell church – as they urge prayer books to be rewritten so their language is inclusive .

A leading Christian charity has blasted the churches’ ‘wake-up’ movement and said ‘sensitivity’ and ‘fear’ are ‘changing words and traditions that have been understood for centuries’.

The Church of England has been asked to consider rewriting the prayer books to make them more inclusive for congregations, following a vote at their national assembly, the General Synod.

Reverend Canon Timothy Goode, of Southwark, has made suggestions for the Church to continue its modern advances by ‘removing some of the barriers that people with disabilities, clergy and laity face’ after written questions were submitted at the Synod.

The actions called for further research to understand the number of clergy with disabilities to encourage progress and to remove headings asking worshipers to “all stand up”, reports The Telegraph.

Andrea Williams, chief executive of Christian Concern, told MailOnline: ‘Are we becoming so fearful and sensitive that we are ready to suppress words and traditions that have always been correctly understood in context?

Telling worshipers to ‘all stand’ and ‘all kneel’ in church is unfair to people with disabilities, vicars tell church as they urge prayer books to be rewritten for be more inclusive (file image)

“These words and actions mark respect and tradition in a particular Christian service. By these words, no one would ever mean to discriminate because of disability, but they would always accommodate.

“For centuries people have understood this. Everyone in the services respects those who cannot kneel or stand.

The Bishop of Exeter, the Most Reverend Robert Atwell, said it would be a ‘nightmare’ to edit the prayer books and it would take ‘hours upon hours’ to make the changes, in response to suggestions during a debate in the synod hall. held at York University.

He said it would be best to use inclusive language during the service so worshipers don’t feel left out. 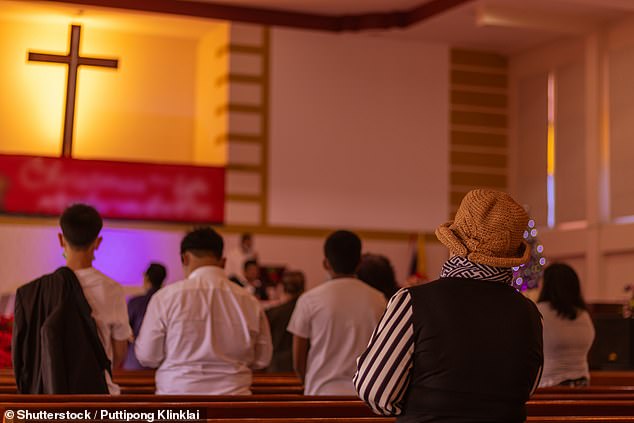 Reverend Canon Timothy Goode, of Southwark, offered suggestions for the Church to continue its modern advances by ‘removing some of the barriers that people with disabilities, clergy and laity face’ (file image)

He added: “There is already flexibility in the interpretation of rubrics dictating posture, such as the requirement in the prayer book for a person to kneel when receiving Holy Communion.”

Reverend Canon Goode submitted his written motion to “ask the Faith and Order Commission and the Liturgical Commission to consider how liturgies could be made more inclusive for people with disabilities”.

The vote was carried to consider the motion after debate and will be considered at a later date.

Tweeting the end of the Synod, which closed its session today, the Church wrote: “Business being concluded, the Synod is duly prorogued by the Archbishop of York and closes with prayer.” It will meet again in Westminster from 6 to 14 February 2023.’