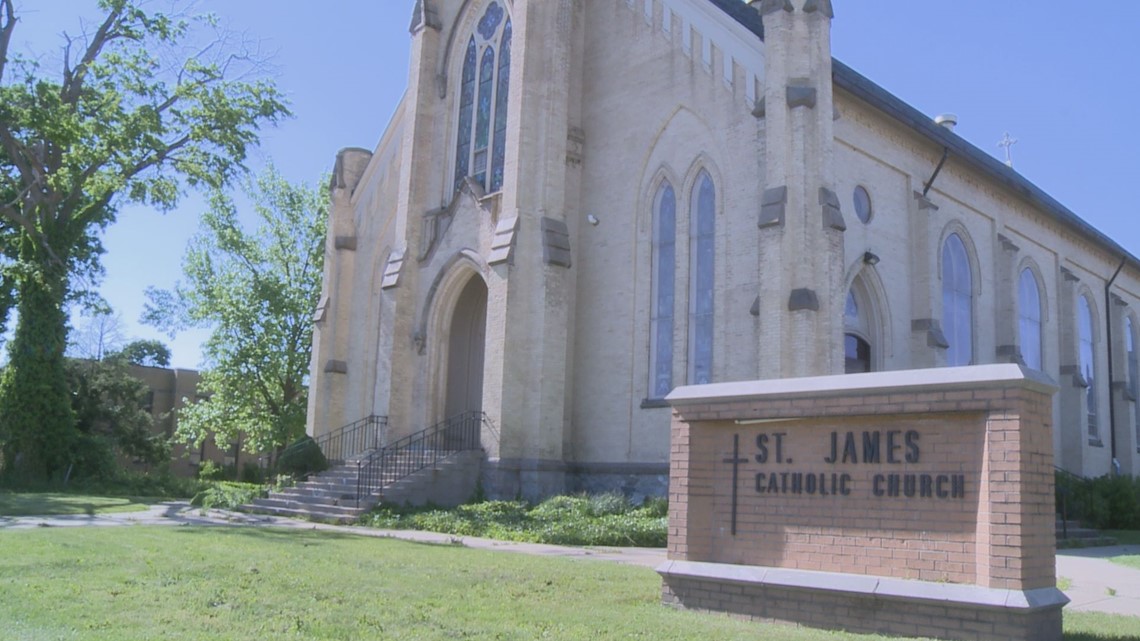 The church is now permanently closed and will soon be put up for sale.

GRAND RAPIDS, Mich — A 150-year-old church in Grand Rapids is now closed for good after celebrating its last mass on Tuesday morning. The church is closing due to declining attendance over the past 30 years and the building is facing both structural problems and weak finances.

The first Mass at St. James was held in July 1872, and now nearly 150 years later people have said goodbye to the parish.

“Knowing that it is closing and not knowing what its future is is very disturbing,” said Mary Rademacher Reed, a former parishioner.

The final mass was also the first return of parishioners to the church since the start of the pandemic.

“It was really emotional for me,” Reed says.

She says she was flooded with memories of growing up at St. James’s School and the church.

“Every significant event that you have had here at your church, here at the parish, here at St. James,” Mary said. “I can imagine so many times all of our families on the steps after a funeral or a wedding or all the sacraments we’ve all been through, the home movies my dad took, always showing all those wonderful moments in our lives. “

“The whole parish was a family,” says Norman Szubinski.

He raised his family in church and he worked there as a pastoral associate and participated in different activities over the years, such as funerals, bingo and fish fries.

“We handed out samples to everyone and we were just a famous fry,” he says.

Norman says he is upset to see the church closing.

“But I kind of understood that it was going to happen eventually, because that’s what people downtown [at the diocese] wanted,” he said. “Whatever they want, they will get.

His daughter, Kathy Swain, agrees. Swain married and two of her sons were baptized in the church.

“I knew they were talking about shutting it down, but it was like I felt like it was so abrupt,” she says.

She and her father hope the building will be preserved in some way to honor the story.

“A lot of farmers and people here, they built it themselves too. So it’s their heart and soul that’s sweating and crying here,” Kathy says. “So a lot of people who still go here, they’re fourth, fifth, sixth generation. To see how your ancestors built this, and now it won’t be there, it’s sad.”

“We have enough breweries, but I’d say it’s better than tearing them down,” Reed says.

The church will go on sale next week. The pews will either be donated or sold to other churches, and whoever buys the building must keep the stained glass windows.

►Make it easier to update with more stories like this. Download the 13 ON YOUR SIDE app now.