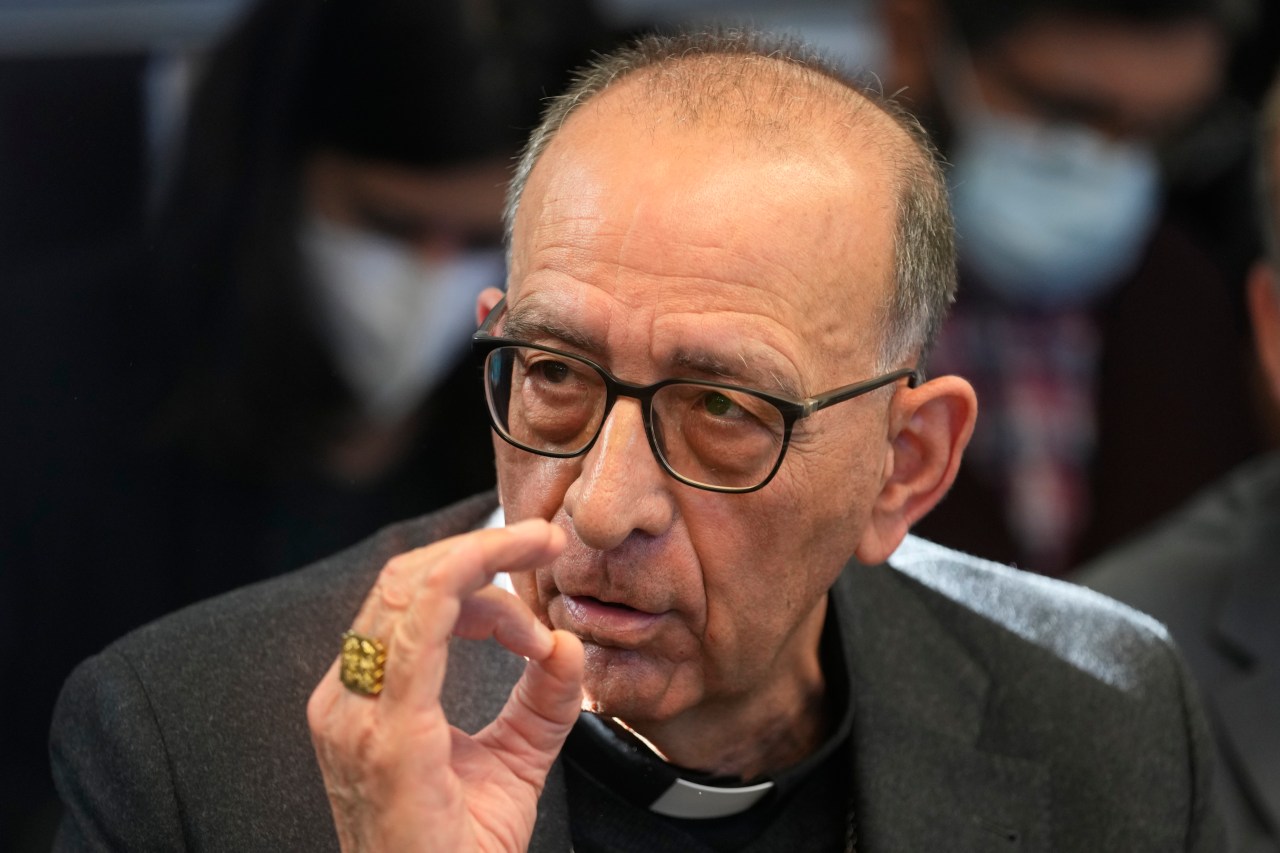 MADRID (AP) — A Madrid-based law firm will conduct a year-long investigation into past and present sexual abuse by Spanish Catholic clergy, members of religious orders, teachers and others associated with the church, law firm and the head of the country’s episcopal conference said Tuesday.

The public announcement marked a break with the previous position of the Spanish Bishops’ Conference, which for years rejected the idea of ​​taking a comprehensive approach to investigating sexual abuse. Yet it was met with skepticism by some victims who saw it as misguided.

Cardinal Juan José Omella, president of the conference, said that the objective of the investigation carried out by the law firm Cremades & Calvo Sotelo “is the aid and reparation of victims, establishing new and additional channels for collaborate and denounce in addition to those that exist in more than 40 offices established by the Church.

The investigation is intended to cover all abuses and is not limited to only investigating cases from a certain period, according to Javier Cremades, the law firm’s founder. It is also intended to complement separate initiatives launched by Spanish authorities, he and Omella said.

Cremades said that as a faithful Catholic himself, he was both overwhelmed with the task and “convinced that the Church must go all the way, get to the bottom of things, investigate, ask forgiveness, it must, and rectify all that is necessary.”

He said his company would act on a voluntary basis and would only ask the Episcopal Conference to pay for logistical costs or the fees of outside advisers.

Spanish lawmakers are expected to vote in March on the terms of a parliamentary inquiry into the depths of sexual abuse by Catholic clergy. The Spanish government has proposed that the country’s ombudsman conduct this investigation.

Although some bishops and religious orders have said they are open to an investigation, the Spanish Episcopal Conference had previously rejected a full investigation, instead encouraging victims to report their allegations to diocesan offices.

Asked by The Associated Press about the change in approach, Omella said the investigation was the result of long reflection and internal debate.

“It’s not easy to make a quick decision,” the cardinal said. “What is important is not to look to the past, which is typically Spanish, but to the future.”

“What matters to us is that we are opening a new era: we want to help, accompany and clarify everything,” he said.

Victims of sexual abuse were lukewarm at the announcement.

Fernando García Salmones, a spokesman for the Robbed Childhood Association, called it a “diverting maneuver” because the Church would dictate its terms to the law firm. He also said that Cremades, being linked to the ultra-conservative Catholic order of Opus Dei, deprived the process of legitimacy.

“Could you give a Mafia crime study to the Corleone family?” said García Salmones, who is among the few victims in Spain who received compensation from a religious order.

“They are only worried that their business will continue to operate,” he added, referring to the many Catholic properties and schools run by the Catholic Church in Spain. “They don’t care about the children or the abused.”

Pressure on bishops to act has grown as more victims have come forward publicly with their stories of abuse. Spanish media also revealed how the church hierarchy dismissed numerous allegations, ignored victims and obstructed investigations, often moving these priests to new parishes or missionary stays abroad, where they could perpetuate their abuses. .

The country’s main newspaper, El País, has documented more than 600 cases involving twice as many victims, although the actual number is thought to be much higher. And the prosecutor’s office recently revealed that 68 cases of abuse in religious organizations – not just Catholic ones – are currently under investigation.

Since accessing the papacy in 2013, Pope Francis has tried to raise awareness in the Church about the problem of clergy abuse and passed laws to hold the hierarchy accountable for covering it up. But progress has varied from country to country.

The German Catholic Church has also commissioned law firms to carry out its abuse investigations. A recent one accused the former pope, Benedict XVI, of having botched four cases when he was archbishop of Munich.

However, the use of law firms does not always produce the results desired by victims. A first report into abuse in the Archdiocese of Cologne in 2021 was denied by the archbishop, who commissioned another law firm to prepare a second report, which cleared him of any wrongdoing.

Only a handful of countries have had government-initiated or parliamentary investigations into abuses like the one left-leaning lawmakers are promoting in the Spanish parliament. The most comprehensive prepared by the Australian Royal Commission, the highest form of investigation in this country, which revealed that 7% of Catholic priests there were accused of abusing minors between 1980 and 2010.

Judge-led inquiries in Ireland have produced four mammoth reports since 2005 into the Church’s wretched record of dealing with predatory priests, helping to dismantle the Catholic Church’s once-dominant influence in society and politics. Irish.

The French Catholic Church commissioned an independent inquiry led by a former vice-president of the Council of State, which called on various experts to investigate. Their report, which was based on estimates and not just church records and victim testimonies, estimated that approximately 330,000 children were sexually abused by Catholic clergy, scout leaders or other lay employees affiliated with Catholics from 1950 to 2020.

The Italian bishops’ conference is under pressure to agree to some type of investigation, but there has been no movement to endorse such an investigation.

In the United States, grand jury investigations in Pennsylvania and individual cities have revealed the extent of abuse at the local level, while individual prosecutions and criminal prosecutions have yielded a copious amount of previously secret church records.

How do I know if I should declare bankruptcy or not? | On your debt