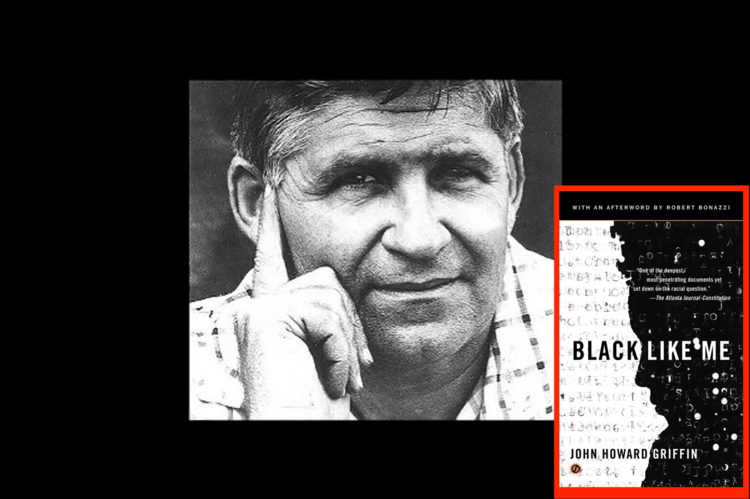 Sixty years later, “Black Like Me” is still relevant for the Catholic Church

In recent months, a certain slice of the conservative media has worked to arouse outrage against critical race theory. Unsurprisingly, many of these attacks show little or no awareness of the content of critical race theory and the issues the CRT raises. Attackers also don’t seem to know that CRT is not a part of most elementary and high school curricula and is only covered in very few college courses. In this environment of indignation aroused, some whites claim to be victims. These attacks make an honest discussion of race in America even more difficult. Understanding racism today requires understanding the history of slavery, Jim Crow, segregation and discrimination and seeing the lingering effects that haunt our nation, both in the attitudes of many and in systemic inequalities. found in the criminal justice system, police, housing, education and health care.

Many white readers were shocked to hear the details in Black like me. But African Americans didn’t need his book; they knew what was going on.

This honest discussion of race for many whites is long overdue. Some were hoping it would come after the 2014 protests in Ferguson, Missouri, or with Colin Kaepernick kneeling in 2016, or with nine minutes of George Floyd choking in 2020. The fabricated outrage against the CRT makes it even more so unlikely to happen. .

Sixty years ago, in 1961, John Howard Griffin (1920-1980) published Black like me educate whites on how African Americans were treated in the South under Jim Crow, the system of laws and customs that took away most rights, privileges and freedoms from African Americans and treated them like second-class citizens . Although Jim Crow first evolved in the Southern States, African Americans in the Northern States experienced similar discrimination. Many white readers were shocked to hear the details of Griffin’s popular book. Many could not believe that in a good and decent America such things actually happened. But African Americans didn’t need his book; they knew what was going on.

Born in 1920, John Howard Griffin grew up in Dallas, Texas, and he grew to love music from his classical pianist mother. As a young man, he studied in France, developing a deep interest in Gregorian chant and monasticism. At the end of the 1930s, he helped Jews flee France. He spent three years during World War II in the South Pacific in the Army Air Corps; he was injured by a shell explosion and lost most of his sight.

Upon returning to the United States, he ended up going completely blind. Over time, he married and had four children. He converted to Catholicism in 1952 and befriended Catholic figures such as the philosopher Jacques Maritain and the Trappist monk Thomas Merton. The same year as his conversion, Griffin published his first novel, The devil rides outside. He will end up producing a dozen books.

After 10 years of blindness, his sight returned. Once he regained his sight, he resumed his interest in photography.

The Church and the Black Man exposes the issues around race and the Catholic Church that are still playing out today.

In 1969 Griffin published The Church and the Negro, a little book giving his candid look at the Catholic response to racism in America. Some Catholics were unhappy with his honesty. For example, he describes how Catholic sisters who took part in the 1965 Selma march for the right to vote were accused of being prostitutes, and how priests who defended racial justice were often harassed or seen their reputation ruined.

The Church and the Black Man is still worth reading today, as it exposes issues around the race and the Catholic Church that still play out today. How many parishes in suburban areas have been built in response to the flight of whites from downtown areas? Are there any parishes today where priests are afraid to broach the subject of Catholic teaching on race and racism?

After Thomas Merton’s death in 1968, Griffin was appointed his official biographer. However, Griffin’s poor health prevented the completion of this project. He has almost completed a book on Merton’s later years, published posthumously under the title Follow the ecstasy: Thomas Merton, The Hermitage Years, 1965-1968.

John Howard Griffin died in 1980 from complications from diabetes (and not, as it was said, from the effects of changing the color of his skin). Robert Bonazzi wrote a biography, Reluctant Activist: Authorized Biography of John Howard Griffin, which describes Griffin’s life and his spiritual journey with lengthy quotes from his diaries.

Griffin surprised the racists in their lie: it was all about color.

Griffin Black like me reads like a series of diary entries describing a six-week period in which, with the help of medication, UV light treatments, and a sponge stain, he darkened his skin. He then went out in public in New Orleans and Mississippi and saw that everything for him had changed.

His message is told in his reflections on what he sees and experiences and in the words of African Americans who speak frankly to him. As for the racist whites in their conversations with Griffin, they die for it. Of particular note are the book’s descriptions of the intense pressure on moderate whites to adhere to a racist system and racist attitudes.

Admittedly, not much happens during this experience; he is neither attacked nor beaten. But its details are enough to open a window to Jim Crow’s segregated world. Griffin, along with others such as James Baldwin, attempted to explore the question of why so many white Americans have and have an unhealthy need to keep racism alive. And one can feel some frustration when reading Griffin, because although a lot has changed since 1961, many white people still have very ignorant and racist attitudes.

Griffin’s book became the 1964 film “Black Like Me”, starring James Whitmore. Meyer Kupferman wrote a powerful and daring musical score for the film. (The film can be found on YouTube.) The DVD version includes the documentary “Uncommon Vision: The Life and Times of John Howard Griffin”.

Griffin admitted he was conducting an experiment. The racist’s claim is that discriminatory treatment on the basis of race is not about skin color, but about a fundamental difference in character. Griffin surprised the racists in their lie: it was all about color. Nothing had changed about him except his color, but when that did, most white people treated him very differently. Once his color changed, he couldn’t even eat at his favorite New Orleans restaurant. After several weeks, he stopped taking the medicine and stopped coloring; his skin returned to its normal color, and then he was able to enter the restaurant.

Griffin was not the only white writer to conduct the same experiment. Ray Sprigle described his experience in his 1949 book In the land of Jim Crow. Grace Halsell wrote about her experiences in Soul Sister: The Story of a White Woman Who Turned Black and went to Live and Work in Harlem and Mississippi. (Halsell spoke to Griffin before his trip to Harlem.)

Readers resume Black like me for the first time can find it touching in its simplicity.

In subsequent editions of Black like meGriffin added an insightful epilogue that shows just how intractable the problem of racism was in white society in the United States. Griffin found that many people read his book and were willing to listen to him speak, but didn’t seem willing to read or hear African American authors speak. He describes how he would travel with African-American comedian and activist Dick Gregory to speak to crowds. They agreed to make the same points in their talks. Griffin received warm responses with much applause, while Gregory, saying the same things, was greeted with hostility.

Griffin also described how towns and villages would invite him to speak out on racial issues in their communities while ignoring African American leaders. White leaders weren’t listening to local black leaders, but they wanted Griffin’s thoughts.

Today some might question the wisdom and legitimacy of a white man trying to show the African American experience. How could he really understand it? And why can’t people just read African American authors? But it should be borne in mind that although there are many media today where one can find a wide range of African-American voices speaking about their own experiences, this has not always been the case. case. Sixty years ago, very few such opportunities existed.

Readers who are reading this modest-sized book for the first time may find it touching in its simplicity. Such readers would do well then to read Griffin’s follow-up book, The Church and the Black Man. And then, of course: start reading James Baldwin.

Many of the people who most need to hear the ideas in these books are not interested. Many Americans are encouraged to retreat further into their fear, outrage, and ignorance. And more tragically, as we remember the 60th anniversary of the publication of Black like me, we may have to face the reality that we will still be facing these problems 60 years from now.