Born in Pottsville, PA on July 17, 1939, she was the daughter of the late John and Nancy (Petejko) Krull.

Dolores was a graduate of Saint Clair High School, Class of 1957. She was a member of St. Clare of Assisi Roman Catholic Church in Saint Clair.

Besides her parents, she was predeceased by her twin sister Doris M. Krull on October 11, 2017.

A Christian burial Mass will be celebrated at St. Clare of Assisi Roman Catholic Church in St. Clair at 11 a.m. on Monday, May 23, with Msgr. William Glosser officiating.

Relatives and friends are invited to visit on Mondays from 10 to 11 a.m. at the church.

Interment will be at Queen of the Universe Cemetery in Pottsville.

In lieu of flowers, memorial contributions may be made to Hillside SPCA PO Box 233, Pottsville, PA 17901.

Born in Shenandoah on August 16, 1932, he was the son of the late Michael and Julia (Oravitz) Mohutsky.

He was a graduate of the old JW Cooper High School, Shenandoah.

Ed was a retired pipefitter and was a member of Scranton Pipefitters and Plumbers Local 524.

He was a member of Saint Michael Ukrainian Greek Catholic Church, Shenandoah.

Surviving are his wife of fifty-two years, the former Rosemary Ushock; two sons, Anthony “Tony” Mohutsky of Frackville and Michael Mohutsky and his wife Maria of Indianapolis, Indiana; two daughters, Joy Foster and her husband Michael of Media and Susan Halcovich and her husband Patrick of Frackville; two grandchildren, Michael and Alex Foster; nieces, nephews and cousins.

Preceding him in death, in addition to his parents, were four brothers, Michael, Emil, Ralph and Clarence; and four sisters, Anna Kelly, Mary Jawor, Julia Ciesluk and Christine “Teenie” Sebastian.

Relatives and friends are invited to attend the Divine Liturgy at St. Michael’s Ukrainian Greek Catholic Church, Shenandoah, on Wednesday, May 25, 2022 at 11:00 a.m. Monsignor Myron Grabowsky, pastor will officiate. A visitation will take place before the liturgy at the church from 10:00 a.m. to 11:00 a.m.

Born in Shenandoah on March 21, 1925, she was the daughter of the late Michael and Julia (Oravitz) Mohutsky.

She graduated in 1943 from the old JW Cooper High School in Shenandoah.

She was a member of St. John the Baptist de la Salle Catholic Church in Shillington.

Christine was always there for anyone who needed her, including caring for her younger brothers when their parents passed away at a very young age.

Christine was affectionately called Mom-Mom, loved spending time with her family, especially her grandchildren and great-grandchildren. His family was entertained by his various endearing remarks, affectionately known as Mom-Mom-isms, ie hiya, happily we live, never a dull moment, go for the errands, God bless America , ready for freddie, smile and bear it, pick a winner, take a ride, you can’t win, you can’t win, the wind blew and you know what flew, Stinky Miller, the list went stretch again and again. She enjoyed square dancing with her husband, Buddy. She was the beloved ice cream maker at Wilson Southern Junior High School as well as a co-leader of the Brownie Troupe in the Sinking Spring community. She became an expert cake decorator, making hot milk birthday cakes for her family. She was an accomplished cook, lovingly preparing ethnic dishes frequently requested by her family, such as halupki, kishki, babka, bleenies and others. She was an excellent seamstress and made curtains for every room in the family home in Sinking Spring. She knitted and crocheted, made afghans and other items for her family. She enjoyed bingo, word searches, and game shows, especially Family Feud. She especially enjoyed playing cards and other games with her children and grandchildren “she was an expert card gamer and managed to win quite often.

Relatives and friends are invited to attend the Divine Liturgy at St. Michael’s Ukrainian Greek Catholic Church, Shenandoah, on Wednesday, May 25, 2022 at 11:00 a.m. Monsignor Myron Grabowsky, pastor will officiate. A visitation will take place before the liturgy at the church from 10:00 a.m. to 11:00 a.m. 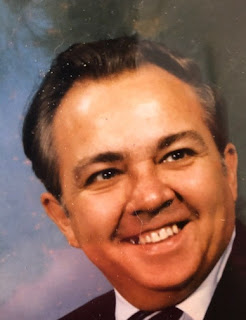 Francis C. “Frank” Keizer, 84, of New Ringgold, a former longtime resident of Park Crest, Barnesville, died on Monday May 16, 2022 at his home. He was the husband of Loretta “Lori” (Wagner) Keizer. They celebrated their 46th wedding anniversary on May 1. Before retiring, he was employed for 30 years as an aircraft mechanic with the former Reading Aviation and Allegheny Airlines. Born in Shenandoah, he was the son of the late Francis and Rose (Brentari) Keizer. He was one of the oldest members of St. Richard’s Catholic Church in Barnesville. He was an Air Force veteran and served four years. Frank graduated from Mahanoy Township High School, Class of 1956 and Teterboro School of Aeronautics, NJ. He was a life member and truck driver for the Ryan Township Vol. Fire Co. Frank had a great sense of humor. Previously, he enjoyed hunting, fishing and golf. He loved spending time with his family and friends. He was also predeceased by a sister-in-law, Nora Keizer. Surviving besides his wife, are two brothers, Jerry Keiser, of Pine Grove and Jack Keiser, of Hazleton; several cousins, nieces and nephews.

These obituaries are provided by Anthony Urban Law Offices. computer