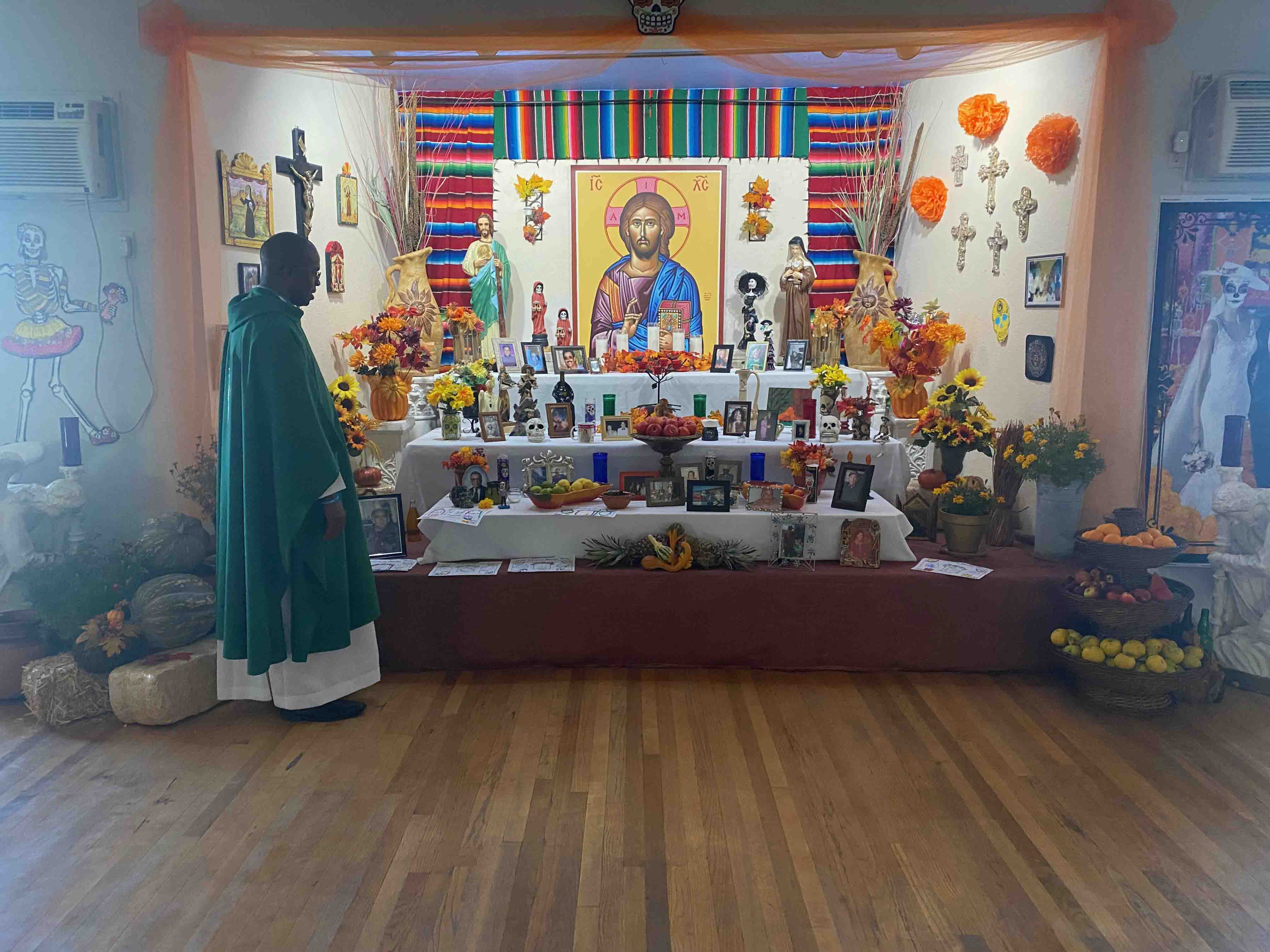 Last week, communities around the world participated in different cultural commemorations of the dead. In India, Mahalaya is a 16-day lunar period between late October and early November, during which observers pay homage to their ancestors with food and water.
In the Philippines, UndÃ¡s families traditionally observe the day by cleaning and repairing the graves of loved ones, leaving offerings of prayers, flowers, candles and food. All over the world, different cultures have their own ways of honoring their dead.
In the western United States and Mexico, DÃ­a de los Muertos, or Day of the Dead, is observed as a three-day celebration beginning on the eve of All Saints, followed by All Saints and ending with DÃ­a de los Muertos proper on All Saints’ Day.
The dead are honored by erecting an ofrenda, or altar, with pictures of loved ones, along with their favorite foods, and flowers, traditionally marigolds, as well as trinkets that remind of the deceased.
All over Grant County, ofrendas can be seen in homes and businesses, as part of a growing observance of the cultural holiday here.
Fifteen minutes from Silver City, the Catholic Church of Santa Clara has once again built its own ofrenda so that the community has a place of memory and pays homage to those who are no longer with us. And although DÃ­a de los Muertos has passed, religious leaders say you still have the opportunity to honor those who came before you.
â€œThe month of November in the Catholic Church is dedicated to prayer for the dead,â€ said Reverend Casmir Anozie of the Catholic Church of Santa Clara. â€œWe remember them in a special way. We start with All Saints ‘Day, then the next day is All Saints’ Day. “
The parishioner of Santa Clara, Steve Delgado, offered a tour of the kinds of ofrenda this year.
“Martha, she’s the one organizing this, and her husband over there and her sister-in-law,” he pointed out. â€œHere you have the Marqueze, the Jimenez right here – those two were brothers. “
Parishioner Domingo Maynes also participated in the celebration of Santa Clara.
â€œWe honor our dead by visiting their graves, cleaning them up, making sure they have flowers and their favorite pastries for loved ones who have passed away,â€ Maynes said. â€œWe pray for them and we pray for their souls. “
â€œI think it’s a good reminder for us to pray for the deceased,â€ added Tina Delgado. “But also the skulls remind us that we are not permanent residents of this earth, and that soon we ourselves will be in paradise.”
â€œI want to make sure that we honor the women who have been doing this for at least 10 years, Martha Munos and Katy Romero,â€ Anozie said.
It’s not too late to add to the ofrenda. To do this, visit the Catholic Church of Santa Clara between 9 a.m. and 2 p.m. Monday to Friday.