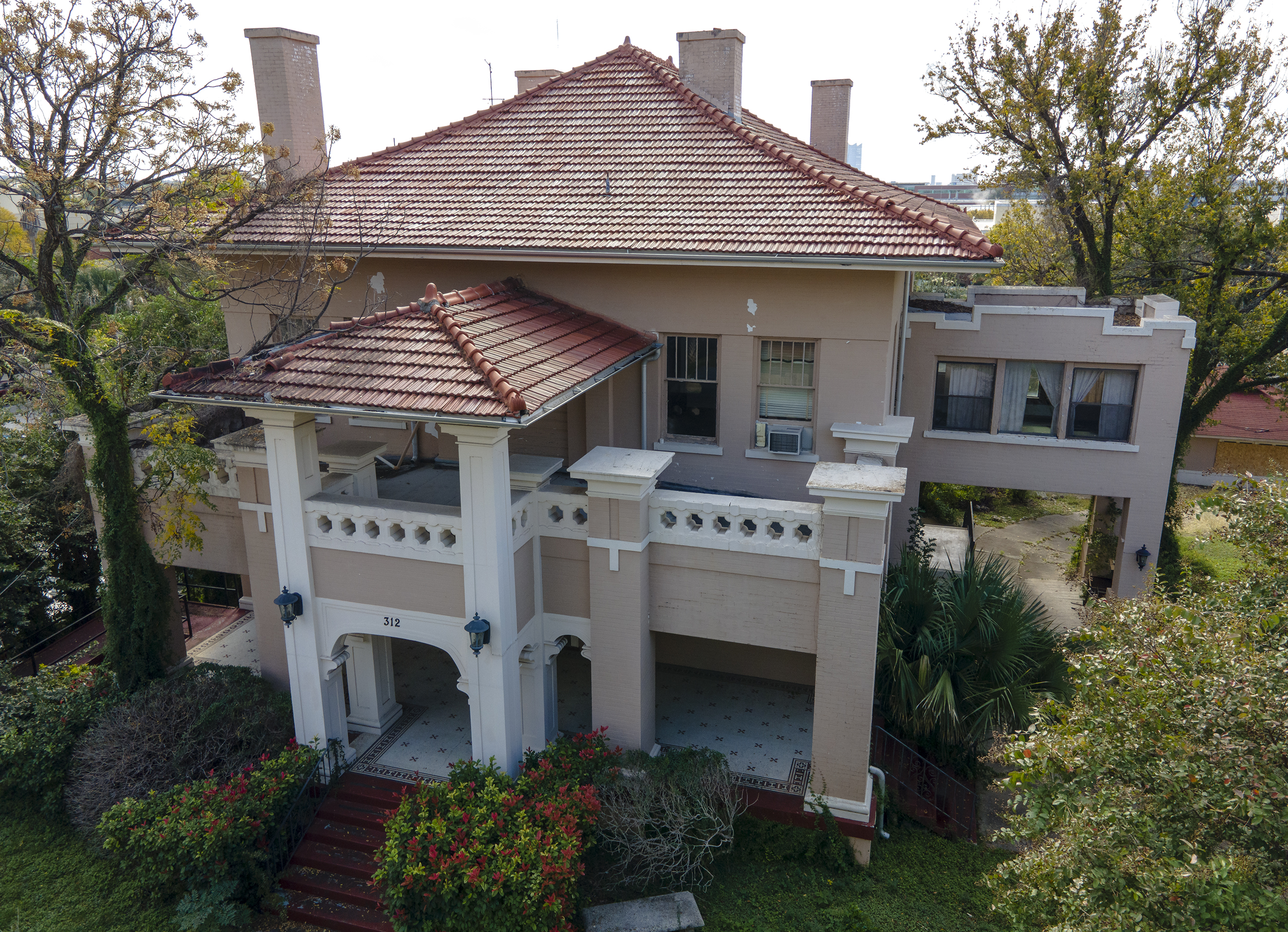 San Antonio College will not buy Hughes House from the Archdiocese

San Antonio College backed out of talks with the Archdiocese of San Antonio to purchase the century-old Hughes House.

Neighbors and conservationists hope the ruling means the stately home at 312 W. Courtland Place will not be demolished.

In a letter dated Jan. 7, SAC President Robert Vela told area residents that the college “has no intention of becoming involved” in the demolition of the 110-year-old home adjacent to the campus north of downtown.

The SAC participated in discussions with representatives of the archdiocese about buying the property, but turned it down “some time ago”, said spokesman Ken Slavin, who had declined to confirm the rumors in November that the college was an interested buyer.

Community college leaders concluded that it would be too costly to improve and maintain such a structure, Vela wrote.

And, in light of the “sentiment of some members of the community against any demolition”, the college would not consider redeveloping the property. “SAC appreciates its good relationship with the community,” he said.

The college never made a formal offer to buy the house, Slavin said. “They didn’t think buying this property and the kind of renovations and things that would have to be done would be beneficial to the college,” he said. “They felt the resources had to go elsewhere.”

The vacant house previously served as a Catholic student center.

In September, the archdiocese, which purchased the house in 1965, submitted a request for demolition to the Office of Historic Preservation.

Although the Hughes House is not located in the nearby historic neighborhoods of Tobin Hill or Monte Vista, such a request would normally be subject to rigorous review before demolition is approved.

But state law prohibits municipalities from designating any structure as a historic landmark despite the objection of a religious entity, such as the archdiocese. In the case of the Hughes house, a demolition would allow potential buyers to redevelop the property as they wish.

Residents of Tobin Hill and Monte Vista joined the Conservation Society of San Antonio in lobbying for a halt to demolition, and in December filed for a review of the historic significance of the house.

Built in 1912 by Kentucky native Russell Meriweather Hughes, the 10-room Prairie-style home was designed by architect Mason Maury for the Hughes family.

Hughes’ daughter, Russell, became world famous for her talent in ethnic dancing, touring as “La Meri”, before returning to San Antonio in 1984.

Vincent Michael, executive director of the Conservation Society, said “the archdiocese is still worried about tearing it down”.

For now, the case is pending. The archdiocese has not withdrawn its application for a demolition permit but has asked the city to postpone the historically significant review. He will not be heard from in January, according to a city spokeswoman.

Jordan McMorrough, the archdiocese’s spokesman, said in an email that the property was being reassessed and the archdiocese was actively seeking a buyer. “There are no immediate plans for demolition,” he said. “However, the Archdiocese will explore all future options.”

Money from a sale of the Hughes House is intended to fund ministry initiatives on campus. Interested buyers should contact the Archdiocesan Pastoral Center at (210) 734-2620.

Michael hopes that with SAC’s announcement, another buyer interested in restoring the house can be found.

The home is valued at $189,110, according to the latest tax records. But other historic homes in the area are valued at over $1 million, including the $1.6 million Koehler House, a historic property across from the Hughes House that SAC recently put up for sale. .

Realtor Lynn Knapik, who also sits on the board of the Tobin Hill Community Association, said she may have a buyer for the Hughes home. But the archdiocese did not respond to their requests.

“We’re still a bit up in the air,” Knapik said. “They [the archdiocese] As far as I know, I won’t let anyone in to see the house, so you have to see it before you know what you might do with it.

But Knapik believes it would be in the owner’s financial interest to sell rather than raze the two-story brick home.

“I kind of thought before that if they just talk to SAC, and it has to be taken down, that they’re not going to win anything on it by the time [the archdiocese paid for] demolition and everything,” she said. “I kind of wanted to help save them from a public relations fiasco as well, by having this building demolished.”

Ricki Kushner, a board member of the Tobin Hill Community Association who filed the historically significant application, said she was relieved to know that demolition is pending. “But we are still on hot coals,” she said.

Kushner hopes to visit the house soon with city staff and members of the Historic Design and Review Commission. A Dec. 7 visit was canceled when a representative of the archdiocese, as the owner of the house, failed to show up, she said.

A resident of Tobin Hill since 2001, Kushner loves old homes and thinks the Hughes House is very important. “And I just wanna be in any communication [the archdiocese] could have,” she said.