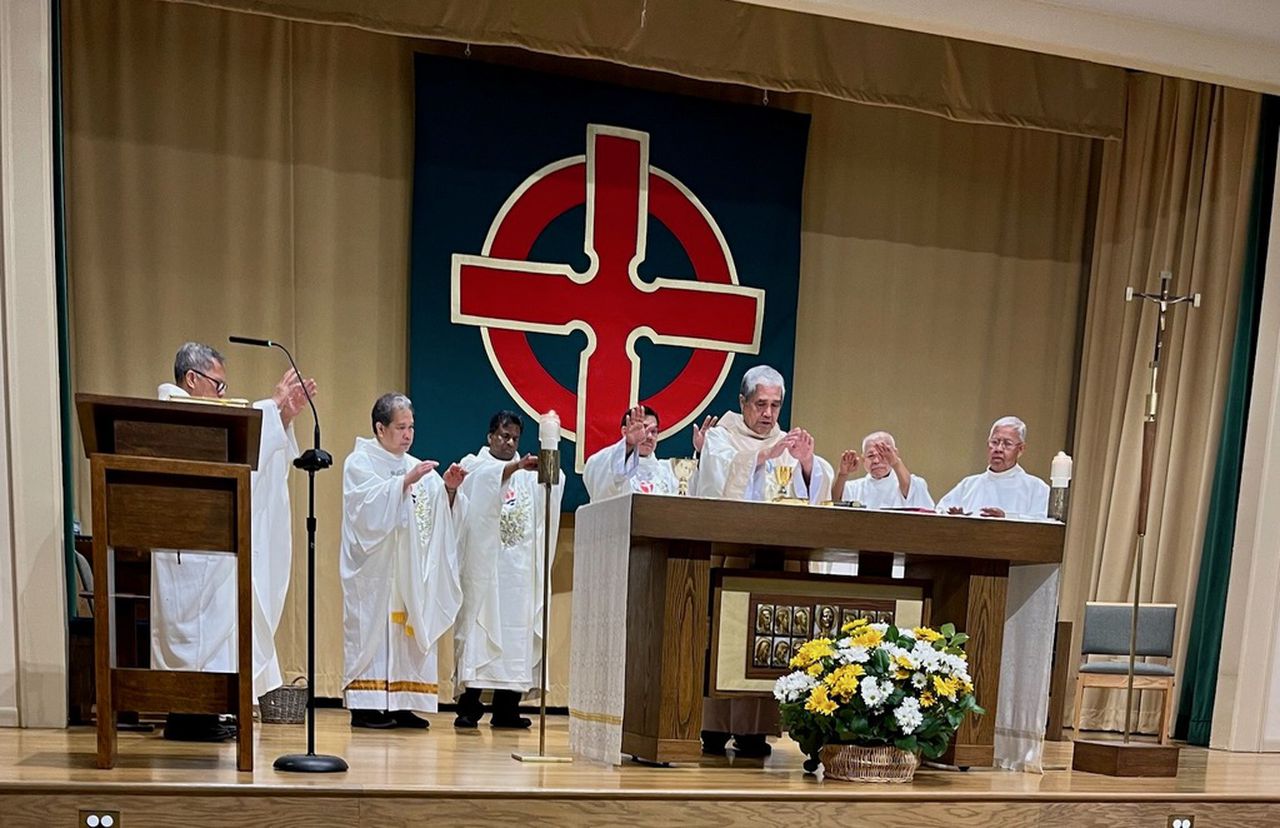 STATEN ISLAND, NY – Some 400 family members, friends and parishioners gathered at St. Patrick’s RC Church to join Reverend Victor Arenas as he celebrated his 50th anniversary as a priest.

Reverend Arenas, who is the parochial vicar of the church in Richmond, was ordained in May 1970, but the memorial occasion was put on hold due to COVID.

The celebration began last Sunday with a special mass at the elementary school’s St. Patrick’s Worship Center, followed by dinner in the school gymnasium attended by 300 well-wishers.

A LITTLE ABOUT FATHER VICTOR

Father Victor was born in the Philippines on September 22, 1945, the same month that Japan’s surrender ended World War II.

According to Father Victor’s parents, this is why they chose to name their son Victor.

He continued his studies in Rome, where he obtained his doctorate in theology. Thanks to his travels and extensive training, he is fluent in eight languages.

After returning to the Philippines, he became a teacher and rector in two seminaries before being assigned to the Archdiocese of San Francisco.

During these years, his influence extended beyond St. Patrick’s Day and the Blessed Sacrament to the entire Filipino community of Staten Island.

When Father Victor retired in 2020, he chose to stay at St. Patrick’s and work a modified schedule. Although, as often happens in retirement, he seems to be working harder than ever.

Over the years, Father Victor has led scripture study groups, facilitated religious education, facilitated a seniors’ group of over 100 members, led Friday night worship, taught religion at the school, brought Holy Communion to those confined at home and anointed the sick while making himself available for advice or any form of help. He also celebrated Sunday Mass every week at the Eger Health Care & Rehabilitation Center for several years.

And according to his fellow tennis players, he still found time to demolish his young priest friends at tennis two or three times a week.

COMMENTS FROM PARISHIONERS AND FRIENDS

Cora Mariano: “Father Victor has always been passionate about keeping the Filipino Catholic tradition alive. From incorporating Filipino rites into the sacrament of marriage to evening novena masses leading up to Christmas at Simbang Gabi, he gave Filipino Staten Islanders a taste of home and imparted to all, especially the young , excellent education in the Filipino language. culture and deep Catholic faith.

Edward Brett: “Our 55+ club was very fortunate to have Father Victor as a volunteer moderator for our senior group. Our members have always looked forward to his many visits on Wednesday afternoons. We love him for his warmth, his compassion, his smile and his sense of humor. He is everything a high priest could be. The members of our club pray that he will enjoy many more good years to spread the good news of Jesus Christ.

And now, although he may be retired, Father Victor is getting down to business and he’s still going strong.