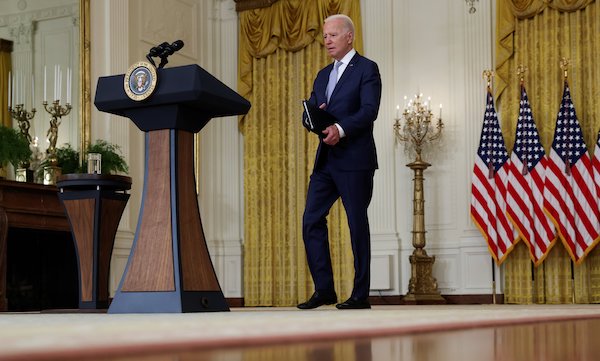 NEW YORK – Catholic leaders have joined nearly two dozen interfaith organizations to call for changes to the child care and universal preschool provisions in the Biden administration’s Build Back Better law so that it does not ‘not indirectly exclude religious providers from programs.

There is nothing in the current text of the law that explicitly excludes religious providers from participation in the programs. Instead, what religious leaders argue is that the technical aspects of the bill’s provisions require providers to comply with federal non-discrimination provisions, which many religious providers would not be willing to do. do because of their beliefs.

â€œThe faith community has always said that parents should choose the best environment for the care and education of their children,â€ the leaders wrote in a letter to Congress. â€œThe current provisions of the Build Back Better Act would severely limit options for parents, stifle the blended child care and pre-kindergarten delivery system, and severely restrict the number of providers available for a successful national program. “

The Build Back Better Act commits a total of $ 380 billion in national and universal pre-K child care programs. The House of Representatives passed it in November, and it now goes to the Senate.

The child care program would operate through existing legislation – the Child Care and Development Block Grant (CCDBG) – which, since 1990, has given money to states to pass on to low-income families in the form of a voucher, or what the Biden administration has now coined a “certificate.” The CCDBG has always included protections for religious freedom.

Universal pre-K would be a new federal program. The Build Back Better Act version would work exclusively on federal grants to suppliers. It would also force states to incorporate their universal pre-K programs, which many have, into the new federal curriculum. The letter argues that this “threatens to remove faith-based providers from existing and successful public programs that further protect the autonomy of faith-based providers than” the Build Back Better Act.

Along with the Child Care Program and the Universal Pre-K Program, the Build Back Better Act states that participating providers are considered recipients of federal financial assistance, and adds that the non-discrimination provisions ‘will apply to any program or activity that receives federal funds under this section’ with no religious exemptions included.

The non-discrimination requirements outlined in the bill are Title IX of the Education Amendments of 1972, Title VI of the Civil Rights Act of 1964, Section 504 of the Rehabilitation Act of 1973, the Americans with Disabilities Act of 1990; and Section 654 of the Head Act Beginning Act.

This is where religious providers can choose to opt out of programs if they cannot comply with the above non-discrimination requirements.

The letter places particular emphasis on the Head Start Act of 2007, which authorizes the national Head Start program which provides â€œcomprehensive developmental servicesâ€ to â€œeconomically disadvantagedâ€ preschool children and their families. According to the letter, the concern about the Head Start Act is threefold – it does not include religious exemptions, it prohibits discrimination on the basis of sex and creed, and it could undermine the protections of religious freedom in Titles IX. and VII. .

â€œThe application of the Head Start non-discrimination provisions to faith-based providers could, for example, interfere with the protected rights of faith-based providers under Titles VII and XI regarding curriculum or education, gender-specific programs and employment preferences of individuals who share vendor religious beliefs, â€the letter argues.

In a November statement to The Tablet ahead of the bill’s passage, a collaborator on the House Education and Labor Committee reiterated that faith-based organizations are eligible to receive funding through the programs, but dodged, recognizing the new stipulations they must follow.

“Faith-based providers are an important part of the solution, and they are eligible to receive funding under the child care and early childhood education provisions of the bill,” the assistant said.

The letter concludes that faith-based providers are interested in contributing to the program.

â€œOur concerns do not represent a desire to exclude anyone from early faith-based learning. Faith-based providers strive to serve everyone, especially the less fortunate, than the [Build Back Better Actâ€™s] childcare and [universal pre-K] programs are specifically intended to benefit, â€the letter said.

“We are simply asking that we be allowed to continue our good work of caring for the children of our country in a manner consistent with our beliefs.”