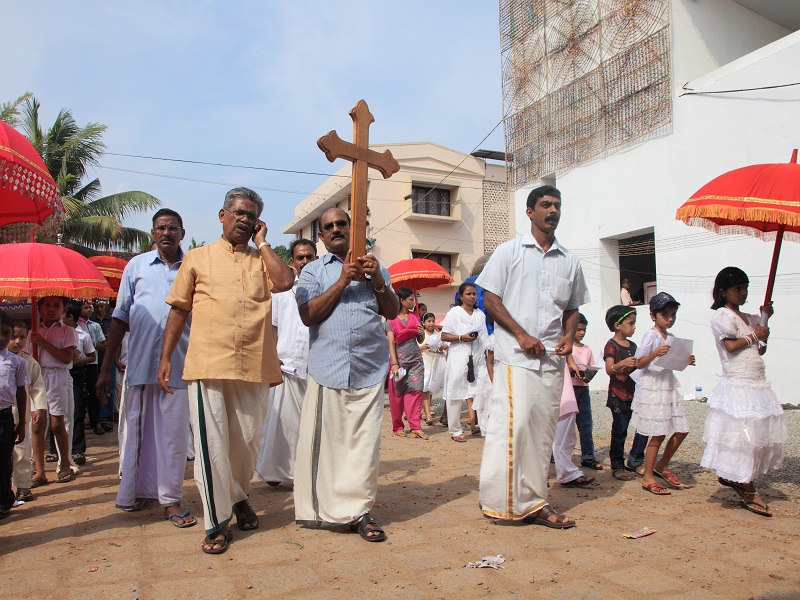 03/21/2022 Washington D.C. (International Christian Concern) – The normalization of social hostility against religious minorities is a critical factor in the decline of religious freedom in India.

EFI’s data is supported by a report published by Alliance Defending Freedom (ADF) India. The ADF reported at least 328 incidents of targeted violence against Christians in 2019. As with the EFI, the ADF’s data for 2019 represented an increase in violence from recent years. Similarly, United Christian Forum reported 486 incidents of violence against Christians in 2021, a 300% increase since 2014.

However, the incidents reported by EFI and ADF likely represent only part of the violence experienced by the Indian Christian community. Most incidents go unreported for fear of reprisals and lack of confidence in the Indian justice system.

Data collected by EFI and ADF shows a clear pattern of growing social hostility towards Indian Christians. However, what the data does not show is how terrifying it really is to endure these incidents of violence.

“They came ready to burn us.”

“They came ready to burn us,” Pastor Hanok Steven told ICC in an interview recently. “I saw someone in the group take gasoline out of the tank of [a] motorbike and heard others screaming for gasoline to be used to burn us.

On November 4, 2020, five Christians were brutally attacked by radical Hindu nationalists in the Meerpet neighborhood of Hyderabad, India. The attack left the Christian victims with multiple serious injuries.

According to Pastor Hanok, a Christian named Sadhya invited several church members to a prayer meeting. Prior to the meeting, Sadhya received permission from her Hindu landlord to hold the meeting at her home.

Around noon, just five minutes after the Christians gathered at Sadhya’s home, 15 nationalists burst into the house and attacked the Christians with clubs and wooden sticks. The owner joined the Nationalists and helped drag Pastor Hanok out of the house, where he was later assaulted and threatened with being set on fire.

“I was freaked out while all of this was going on,” Pastor Hanok recalled. “For 30 minutes the attack continued, but eventually we managed to run in different directions and reached the police station.”

As a result of the attack, three Christians were seriously injured and Pastor Hanok’s car was damaged. A Christian named Janaiah had her eardrum completely broken and a Christian named Annamma lost six teeth.

“We are completely cut off.”

In another incident, this time in the Indian state of Jharkhand, six Christian families had their homes cut off from electricity and were barred from entering the village well for more than five months. This all happened after the Christians refused to publicly renounce their faith at a village meeting.

On July 5, 2020, the village council of Petrudu, located in Latehar district, demanded that the six Christian families recant their faith. When they refused, they were attacked and brutally beaten.

After the attack, the devastating social boycott was launched against Christian families.

“We walked for miles to fetch water for almost six months,” Joginder, one of the victims, told the ICC. “Most of the time our phones don’t work because we don’t have electricity. We have to walk to nearby villages to charge our phones.

“We are completely cut off”, Joginder

continued. “No one gives us a daily wage working in the village, and we are not allowed to have any association with other villagers. It was a painful experience.

Joginder and his fellow Christians have filed a lawsuit against those who attacked them on July 5. They are also fighting for the court to declare that they are legally allowed to practice the faith of their choice in the village without social consequences.

If Indian Christians are to fully realize the religious freedom promised to them in the constitution, the authorities must protect Christians and punish those responsible for the attacks. Unfortunately, this does not appear to be the direction India is currently heading. Instead, Indian leaders are allowing the constitutional promise of religious freedom to slowly fade from reality for hundreds of millions of religious minorities.

To read more stories like this, Register for ICC’s free monthly magazine.

Five ways to help you get out of debt fast

9 Types of Personal Loans to Meet Your Needs