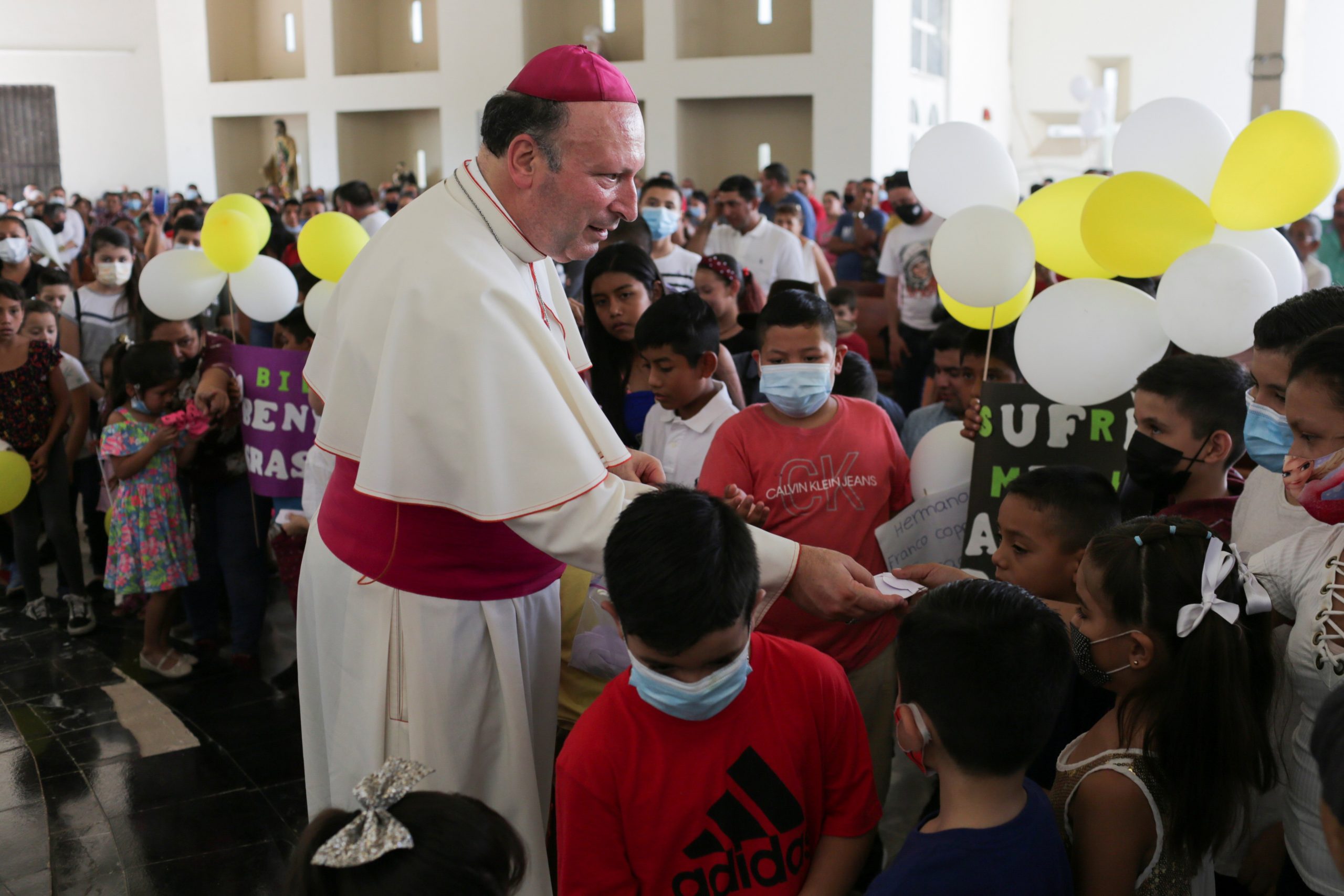 ROSARIO, Argentina – Hours before boarding the plane to his new post, the Pope’s representative in Mexico called the land of Our Lady of Guadalupe a “faithful” place, but also “flogged with violence, by dead “.

Archbishop Franco Coppola, Apostolic Nuncio to Mexico, expressed his gratitude for representing Pope Francis for just over five years as he celebrated Mass on World Day of Peace, commemorated by the Catholic Church each January 1, in the most famous sanctuary in Latin America. , dedicated to La Morenita.

The Italian diplomat stressed that Mexico is a “rich country” because it has “a lot of material and human resources”, but warned that peace will not be achieved here as long as there is so much inequality.

â€œThere is a part which lives with dignity, and there is a majority which lives badly, which lives in poverty; unable to meet basic needs, lacking education (education) and decent jobs, â€he said. “In this way, there is no peace, and there can be no peace,” said Coppola, before lamenting that instead of inspiring unity, it has become fertile ground for individualism.

â€œAt the beginning of this year, we asked our mother (Mary) to free us from our selfishness,â€ he said, noting that this applies to both citizens and civil authorities, as each person can work to “ensure the basic needs of all our citizens: education and decent work.

He said this is what the Pontiff is proposing for the whole world, â€œbut it seems to me that in a particular way, this meets what we need in Mexico. Let this be the reason for our prayer. Let it be the prayer at the beginning of the year: A change of mentality.

Sundaym Coppola later flew to Rome. After a few days in Italy, he will take up his post as papal nuncio in Belgium and Luxembourg later this month.

Loved by some, despised by others, Coppola leaves few people indifferent when he leaves Mexico. He is a man considered a friend by many local journalists, as well as victims of clergy abuse, because he has been active in the fight against the crisis.

However, said he lacked the diplomatic touch needed for the post. For example, two weeks before the announcement of his transfer from Rome, he revealed in a series of interviews that at least 12 Mexican bishops were under investigation for abuse or cover-up of abuse.

Likewise, at the opening of the 111th assembly of the Mexican Bishops’ Conference, Coppola told prelates that more needs to be done to address the lack of faith and corruption in the local church.

Coppola said the church was deaf to the claims of many victims of abuse by Catholic ministers.

“We cannot forget in particular the suffering experienced by minors and vulnerable adults due to the sexual abuse of power and conscience committed by a notable number of members of the clergy and consecrated persons”, declared the Archbishop.

Mexico is the home of disgraced priest Marcial Maciel, the founder of the controversial order of the Legion of Christ who died shortly after being sanctioned by Pope Benedict XVI to a life of penance and prayer after a series of accusations of abuse.

The country is slowly realizing the reality and the extent of the office abuse crisis.

Coppola revealed in an interview after his transfer was announced that at least 300 priests have been accused of abusing minors in the second most populous Catholic country in the world.

During his last homily on Mexican soil, Coppola also declared that the church is continually called as a space to assume and accompany the pain of its faithful and yet, â€œfor a long time the cry of the victims has been a cry that the the church did not listen. These are deep wounds that are difficult to heal, for which forgiveness will never be asked enough and which are sometimes insurmountable obstacles to progress on our journey together.

But sexual abuse by clerics was not the only reason some in Mexico viewed Coppola as a savior and others as a thorn: he often spoke of organized crime and the need to fight drug trafficking. .

â€œOrganized crime likes silence, as long as we don’t talk about their activities,â€ he said. â€œBut we cannot tolerate their crimes and being silent is not the solution. It is complicated. The solution is not as simple as sending the army and the problem is solved.

Coppola also argued that organized crime thrives because there is an absence of the state, which generates a “social desert”, with teachers refusing to work in schools in rural areas due to violence in the country. course, further fueling the mafias that proliferate in the country.

The Church’s response to this situation, he said, must be that priests, religious and missionaries â€œstayâ€ among their people. Mexico has long been one of the most dangerous countries in the world for Church staff, as Church workers are seen as an obstacle by criminals who recruit young people into their organizations.

On Sunday, Coppola said he was often asked how to achieve peace in Mexico, and he said the Sovereign Pontiff gave some answers on how to achieve this globally, but which would also work in the local level.

“First of all [Francis] says that peace cannot be achieved if there is division. We must come together, unite. Peace is a value that deserves us to put aside the differences, which are normal between people, because in order to achieve peace, we have to put them aside. We must unite, â€he said.

He stressed that Francis also mentioned that â€œit is fundamental that there is an instruction (education) for everyone. How lucky for you and your children to be able to go to school! You know there are millions of boys and girls who don’t have this joy here in Mexico. I have visited places in our country where there are buildings, schools, but there are no teachers, because they dare not go there because it is too dangerous. It is not the fault of the teachers of course, but in fact these children, these girls do not have a school. As long as there is no school for all our children, there will be no peace â€, declared the Archbishop.

“We let ourselves be tempted by the idea that we think of ourselves, our own, our family,” said Coppola. â€œThe important thing is that our family is well, protected, educated, has a future, a job, and that this is enough; and no, it is not enough at all!

The representative of the Pope also explained that “our generation feels like orphans, and this orphanage makes us give the worst of ourselves, but we are the children of a father. [God] and a mother [(Mary], who doesn’t just look at us, she takes care of us, heals us, listens to us and accompanies us.