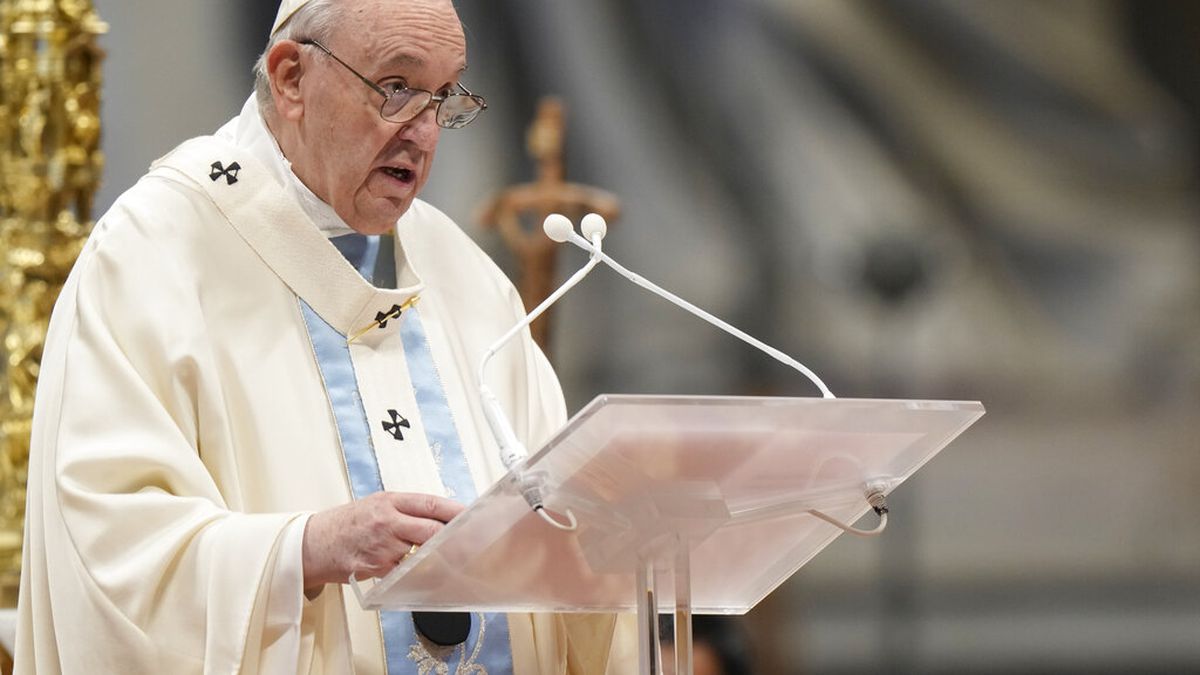 In his New Year’s greetings to the world, Pope Francis encouraged people on Saturday to focus on the good that unites them and spoke out against violence against women while acknowledging that the coronavirus pandemic has left many people behind frightened and struggling amid economic inequalities.

â€œWe are still living in uncertain and difficult times due to the pandemic,â€ said Francis. “Many are afraid of the future and are weighed down by social problems, personal problems, dangers resulting from the ecological crisis, injustices and global economic imbalances.”

Thousands of Rome residents and tourists, wearing face masks as protection against the spread of the coronavirus, gathered in St. Peter’s Square on a balmy, sunny day to hear Francis lay out his recipe for world peace , applauding his appearance.

Peace, said the Pope, â€œrequires concrete action. It is built by being attentive to the least, by promoting justice, with the courage to forgive, thus extinguishing the fire of hatred.

Francis also defended the adoption of a positive attitude, “one which always sees, in the Church as in society, not the evil which divides us, but the good which unites us”.

Earlier on Saturday, in his homily at a mass at St. Peter’s Basilica, Francis publicly ushered in 2022 by praising the skills of women to promote world peace, and he equated violence against women to an offense against God.

The Roman Catholic Church marks January 1 as a day of world peace, and the basilica ceremony pays homage to the Virgin Mary’s special place in the faith as the mother of Jesus.

Mothers â€œknow how to overcome obstacles and disagreements, and instill peace,â€ FranÃ§ois said. â€œIn this way, they turn problems into opportunities for rebirth and growth. They can do it because they know how to â€œkeepâ€, to hold together the different threads of life, â€said the pontiff. â€œWe need such people, able to weave the threads of communion in place of the barbed wire of conflict and division. “

He called for efforts to protect women.

“How much violence is directed against women! Enough! To hurt a woman is to insult God, who from a woman has taken our humanity,” said the Pope, referring to the Christian belief that Jesus was the son of God.

He said that women, including mothers, â€œlook at the world not to exploit it but so that it can live. Women who, seeing with the heart, know how to combine dreams and aspirations with concrete reality, without sinking into abstraction and sterile pragmatism.

While pledging during his pontificate to give women a greater role in the church, Francis also made it clear that the priesthood is reserved for men.

With the exception of the Pope and members of a choir made up of boys and adults, Mass attendees wore their faces as part of COVID-19 precautions.

Francis, 85, and vaccinated against the coronavirus, wore a surgical mask during a New Year’s prayer service that a Vatican cardinal presided over at the basilica. It was a rare departure from his avoidance of masks at public ceremonies throughout the two-year pandemic.

In a tweet early Saturday morning, Francois explained his hope and strategy for peace.

“All can work together to build a more peaceful world, starting from the hearts of individuals and relationships within the family, then within society and with the environment, to relationships between people and nations. “Francis tweeted.