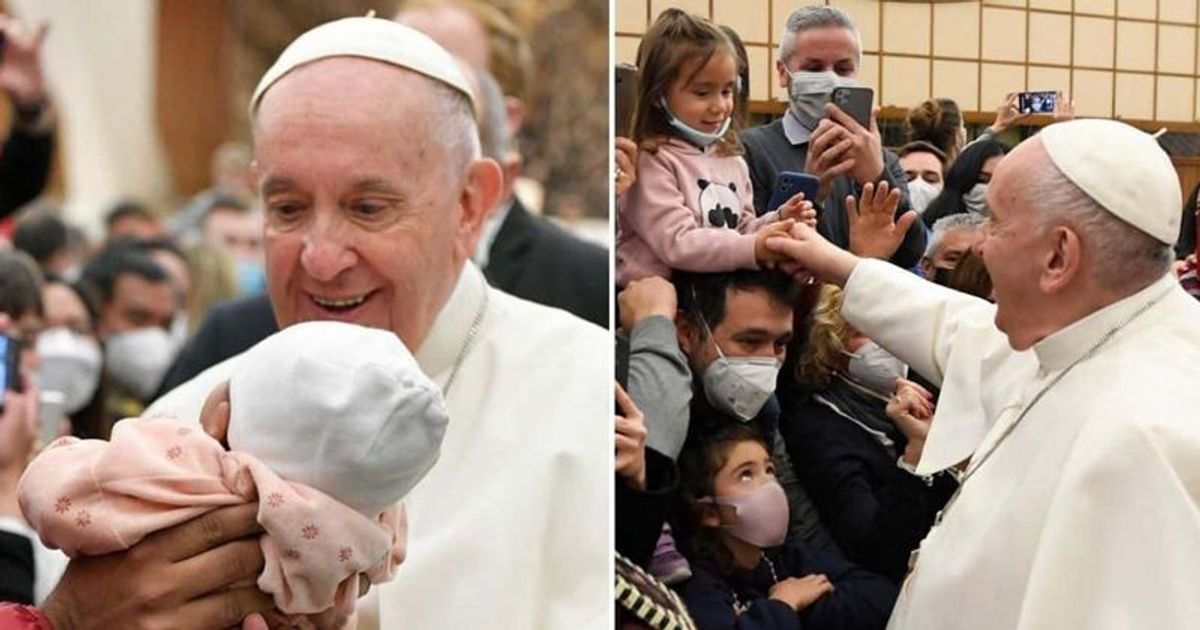 Pope Francis has said that couples who choose to have pets instead of children are selfish. Addressing a general audience about Saint Joseph, the earthly father of Jesus Christ on Wednesday, January 5, Pope Francis criticized such couples, saying their decision results in a loss of “humanity” and harms peace. civilization.

Francis praised Joseph’s decision to elevate Jesus as “one of the highest forms of love.” The Pope strayed slightly from the topic of adoption and orphaned children and then went on to make these comments about couples who choose not to have children but rather pets. â€œWe see that people don’t want to have children, or just one and no more. And many, many couples don’t have children because they don’t want to, or they only have children. one – but they have two dogs, two cats … Yes, dogs and cats take the place of children, “the Pope said. “Yes, it’s funny, I understand, but it’s reality. And this denial of paternity or motherhood diminishes us, it takes away our humanity. And so civilization becomes old and without humanity, because it loses the richness of fatherhood and motherhood And our motherland suffers because it has no children.

Francis’ comments reflect what the Catholic Church teaches: the importance of couples having or raising children, and the societal consequences of choosing not to. He said couples who cannot biologically have children should consider adopting children. â€œHow many children in the world are waiting for someone to take care of them,â€ Francis said. â€œHaving a child is always a risk, whether naturally or by adoption. But it is riskier not to have one. It is riskier to deny paternity, or to deny motherhood, whether real or spiritual. . “

The Pope had made similar comments about couples choosing pets instead of children in 2014. During a daily mass, Francis said: â€œThese marriages, in which the spouses do not want children, in which the spouses want to remain without fertility. This culture of well-being of ten years ago convinced us: “It is better not to have children! It is better! You can explore the world, go on vacation, you can have a villa in the countryside you can be carefree … maybe it would be better – more comfortable – to have a dog, two cats, and love goes to both cats and the dog. Is this true or not ? Have you seen it? Then, in the end, this marriage becomes old, growing old in loneliness, with the bitterness of loneliness. It is not fruitful, it does not do what Jesus does with his Church: he makes his Church fruitful.