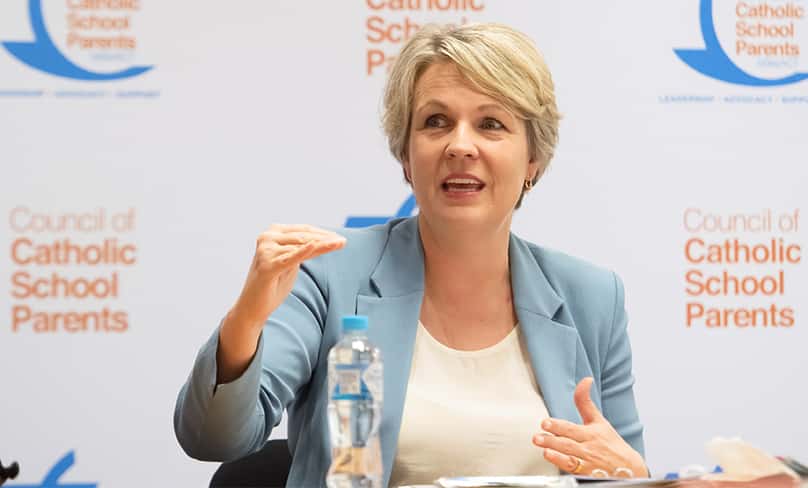 Failure to explain Labor’s values ​​contributed to the party’s loss in the 2019 election, Labor MP Tanya Plibersek said in her speech at the 23rd Mannix Conference, hosted by Newman College in the United States. University of Melbourne.

“I think sometimes in Labor we forget that good leadership is about explaining our values ​​and using them to persuade,” Ms Plibersek said on March 23.

“Our instinct should always be to start with why. Why is this important to us; why it should matter to voters.

Ms Plibersek said that while “values ​​come from many different places” in contemporary society, “it is clear to me that even in our fractured world, the timeless lessons of Christ continue to inform progressive politics today.” .

She spoke of her own Catholic upbringing by devout Slovenian parents who emigrated to Australia, in part, to escape religious repression in communist Yugoslavia.

“There is no doubt in my mind that growing up Catholic influenced my politics, as it has for so many in the Labor Party and the labor movement,” Ms Plibersek said.

“Economic justice has always been the mission of the Labor Party; and it is no coincidence that Catholic social teaching has played an outsized role in the history of our Party,” she later added.

Ms Plibersek avoided mentioning the Labor split of the 1950s, sparked by Archbishop Daniel Mannix and BA Santamaria’s opposition to Marxist influence within Labour, instead emphasizing the “enduring and unbreakable” ties between the work and the Church.

Voters have turned to smaller parties and independents in recent years “because they don’t feel like the big parties are listening to them. Or that we share their values. They feel like we don’t understand them or see them,” she said.

“But people don’t vote for him because of ‘detailed program specificity,’ as Kevin Rudd would call it. It’s more “the vibe” described by Dennis Denuto [the lawyer from the film, The Castle].”

The annual Mannix Lecture was created to honor Archbishop Daniel Mannix (1864-1963), who was installed as Archbishop of Melbourne in 1917 and soon become– because of his interventions on state aid to Catholic schools, conscription and Irish nationalism, and his support for working people – “arguably the most revered and reviled figure in Australian history”.