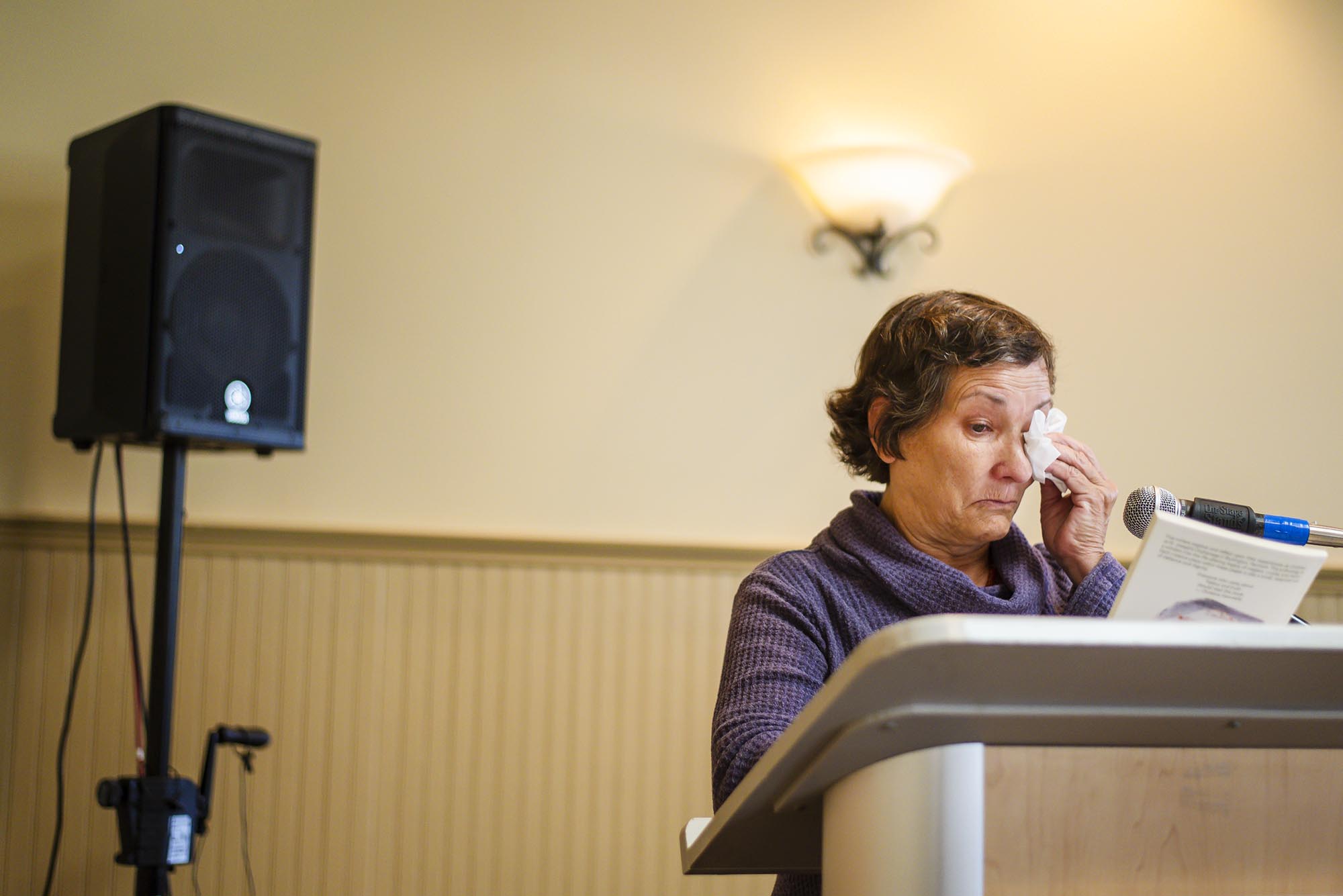 Former residents of the closed St. Joseph’s Orphanage in Burlington express frustration with the Roman Catholic Diocese of Vermont as they push the state’s largest religious denomination to pay for counseling after their abuse decades ago.

â€œThe diocese has done as little as possible to help us achieve our healing goals,â€ said Michael Ryan, who lived at the orphanage as a child. “They must provide restitution for their past sins.”

A group of 18 former residents gathered on Thursday in a meeting that is part of a restorative justice process, in which the former owners of the diocese orphanage and the operators of the Sisters of Providence, in Montreal, n have not yet joined.

“The church demands atonement from its faithful,” said former resident Katelin Hoffman, “but hypocritically she is avoiding atonement for her own sins.”

The Investigation into the restoration of the Saint-Joseph orphanage came in response to last year’s conclusion of a government inquiry into past problems with the facility, which housed more than 13,000 children from 1854 to 1974.

“It is clear that abuse took place at St. Joseph’s Orphanage and that many children suffered as a result,” Vermont Attorney General TJ Donovan said on the release of a 286 page report triggered by a BuzzFeed News 2018 article with the headline: “We have seen nuns kill children.”

The Attorney General’s Office, working with local and state police and prosecutors, upheld BuzzFeed’s claims of “relentless physical and psychological abuse of captive children” previously reported in a series of high-profile lawsuits in the 1990s. However, he could not find evidence of murder.

While the state cannot lay criminal charges because the charges are too old, it is supporting the Restorative Inquiry – an initiative of the City of Burlington Community Justice Center – to collect and share stories to promote â€œResponsibility, redress, learning and changeâ€.

A group of survivors calling themselves “Voices of St. Joseph’s Orphanage” championed this year’s successful effort in the State Legislature to repeal the old Vermont statute of limitations for civil suits relating to childhood physical abuse.

Former residents say they were slapped in the face and locked in cupboards. But under the old law, they had to file a civil lawsuit within three years of realizing it caused personal harm, leaving many without further recourse.

More than 100 survivors, for example, waived their rights to sue when the Diocese of Vermont paid them $ 5,000 each in the 1990s, while 28 others sued orphanage caretakers. At least one settled for an undisclosed “large” sum of money, but others dropped their lawsuits when a judge ruled they could not receive letters from the church documenting their abuse. or join together in a consolidated trial.

Former Vermont altar boys who filed their own round of clergy misconduct lawsuits from the 2000s have found more legal success. The diocese has paid some $ 35 million in settlements for more than 50 accusers over the past quarter century. To help fund this sum, the state’s largest religious denomination sold its 32-acre head office in Burlington on Lake Champlain which included the orphanage building.

Survivors questioned on Thursday current claims by the diocese that there was a lack of money to fund their restitution demands.

“My challenge to [Vermont Catholic Bishop Christopher Coyne] is to make public the amount of money the diocese has spent on lawyers since 1990 in an effort to avoid taking responsibility for the abuses, â€Hoffman said. â€œThe diocese needs to demonstrate morality and responsibility and take responsibility for its actions, rather than paying millions to lawyers to avoid helping us. “

“We would never ask Catholics in Vermont to stop attending mass,” said Maura Labelle, another survivor. “However, we hope they don’t put money in the collection baskets until these issues are truly resolved.”

The diocese, asked for comment, made a statement noting that Coyne and other church officials have met with former residents “one-on-one as they requested and will continue to do so.” Each meeting is unique, each person’s story is unique and the help we offer each former resident is unique to them. If the person feels they would be helped with advice, we would work with them as needed.

The declaration of the diocese offered a online link for former residents to request medical records, but did not address any further concerns expressed.

The Sisters of Providence – who have not cooperated with authorities or survivors – released their most recent statement on the subject in December when they expressed “great sadness” while downplaying their role.

“Primary responsibility for the operations and functioning of the orphanage rested with the priests and the bishop of the Catholic diocese of Vermont,” the sisters said in the statement. â€œVarious regulatory agencies in the state of Vermont and municipalities were also responsible for ensuring the well-being of the children. “

Jackie O’Brien contributed to this report.

Stay up to date with all Vermont criminal justice news. Sign up here to receive a weekly email with all of VTDigger’s court and crime reports.

The story of recycling: materials from the old house for new life in the museum project | Local News