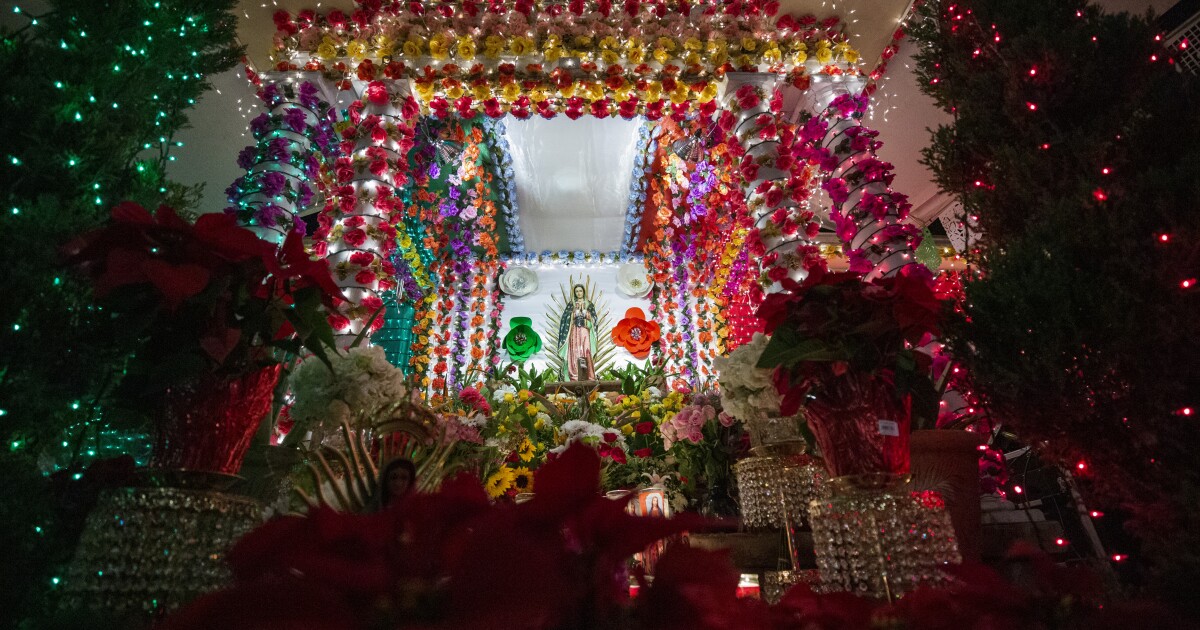 Opinion: Our Lady of Guadalupe has changed my life

Sister Galvan served the Catholic Church in Mexico and the United States for almost 50 years, the last 31 in the San Diego area. She lives in Bay Park.

Our Lady of Guadalupe has changed my life.

This is because since I started to really know his message, I have felt the freedom to be myself, to no longer live with an inferiority complex, nor a feeling of insecurity.

We provide this platform for free for community feedback. Thank you to all Union-Tribune subscribers whose support makes our journalism possible. If you are not a subscriber, consider subscribing today.

This is what Our Lady of Guadalupe does for her faithful: she frees us from within, gives us the confidence to move forward to face new worlds, knowing that she will be tenderly by our side, encouraging us to move forward.

The Mexican people will celebrate it once again on Sunday in their country and everywhere else, including the United States. They will descend into Catholic churches for mass, which often begins at midnight, often accompanied by mariachis.

I’m originally from Mexico, and as a young woman in 1979 I found myself at a crossroads. I had already decided to devote myself to working in the faith but I did not know which path to take. As the faithful have done for centuries, I visited the Shrine of Our Lady of Guadalupe in the Basilica of Mexico City to pray for its direction.

I met a man there who said something to me that I will never forget:

“Love ‘La Morenita’ with all your heart, but do it smart.”

And from that moment on, I started to learn about her. How she presented herself before a native, Juan Diego, in 1531, identifying herself as the Virgin Mary, the mother of the one true God. And how she had chosen him for his simplicity and humility to witness the miracles revealing his presence – and a mother’s unwavering love for the people of Mexico and the Americas.

In the Virgin of Guadalupe, I saw a way forward for me, how I could serve vulnerable communities, bringing them closer to God, trusting in who I was and where I was going. I became a missionary from Guadalupana.

I worked for 39 years as a nun in the United States, serving the Sisters for Christian Community congregation. I have served communities in Florida, where I first worked, and in the San Diego and Imperial Valley area, where I served Latin American families for 31 years.

During this period, I saw the growth of the Latin American population and changes in migration patterns and in society.

We now live in a painful and fractured world that is not that different from the days of the Spanish conquest.

There is so much darkness in people’s interiors. Faith is under attack, although for the most part not as blatantly or violently as at times in history. In college, on social media and in popular culture, they say that God does not exist, that it is a fairy tale.

I have observed how many immigrant parents seem to abandon their traditions and faith when they settle in this country. What happens?

The new generations grow up without being attached to the values â€‹â€‹of their family and to the faith of their parents and grandparents. They grow up in fear, unsure of their present and their future.

The pandemic has only exacerbated these feelings.

The only one who offers us an answer is Our Lady of Guadalupe.

She is the only one who can sow hope and encourage us to continue moving forward towards a new life, as she did almost 500 years ago to a people who had lost the center of their life, their faith. .

It reminds us that we must be treated with dignity, regardless of our rank in life, that we have an important role to play.

She calls us to have confidence in ourselves, in our faith and in our God.