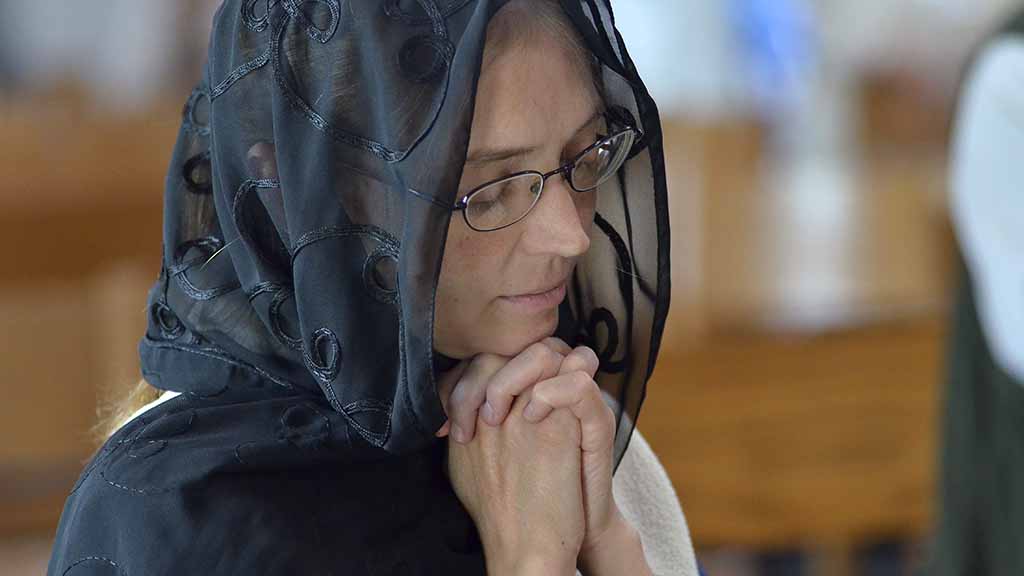 â€œIt is the solemnity of the Immaculate Conception and the closing of the Year of Saint Joseph,â€ my roommate told me when she invited me to attend mass with her.

In the Diocese of San Diego, the bishop has lifted the general dispensation for the obligation of Sunday and Holy Day Mass, put in place during the COVID-19 pandemic on July 1. Early reports indicated that Bishop Robert McElroy intended to quit this dispensation. in place for his diocese until the first Sunday of Advent.

But in June, weeks after the dispensation was lifted in the Archdiocese of Los Angeles, of which San Diego is a suffragan diocese, McElroy (cough) clearly changed his mind (cough) and moved the date back to fall further into line with Los Angeles.

I was indeed disappointed by this turn of events for several reasons. I hadn’t attended mass regularly for a few years before the pandemic, confessing for missing mass more often than I went.

It may seem strange: how can she go to confession without attending mass? At the time, however, I was employed at Catholic Answers and confession was just a walk down the hall to the chaplain’s office. As severe as the pandemic was, the only bright spot was that the waiver meant I wasn’t tortured by religious qualms / symptoms of OCD whenever I chose not to go to mass on Sunday and on holy days.

My reasons for not attending Mass originally had nothing to do with introversion. By the time I left my job as a professional apologist, I was pretty much exhausted being Catholic. Then there was the fact that the isolation and fear imposed by the pandemic turned my deep social anxiety into mild to moderate agoraphobia.

And it certainly hasn’t helped that all of the Catholics calling for the opening of churches and the lifting of mass restrictions are the very people largely responsible for keeping the pandemic going. I had no desire to spend the peace with unmasked and unvaccinated Catholics, who I believe share some responsibility for the high death toll from COVID-19.

So I was relieved when a priest friend, who exercises his ministry in my diocese, sent me a letter that Bishop McElroy had distributed to his priests. The bishop left a lot of leeway in place for individuals to continue to be automatically exempt from the Sunday / holiday obligation (meaning they did not need their pastor to approve an exemption).

Among the grounds for individual exemptions were â€œillness, other physical vulnerabilities, apprehensions about safety and fears of social interactionâ€. It seemed to me that McElroy was basically saying, â€œIf you decide you have to stay home after Mass, go aheadâ€ – without going out right away and saying that directly.

Which would have been cool without the scruples / OCD. With the general dispensation, it was easy to believe that I had just one reason not to attend mass. Once it was up to me to determine my feelings about going to Mass, doubts began to set in.

“Is it really the fear of social interactions, Michelle, or do you just don’t want to go to mass?” I started torturing myself with that question again, and once again I started to confess to confess that I didn’t go to Mass more often than I did. Now that I can no longer walk down the hall to the chaplain’s office, I cannot even comfort myself with the assurance that my reluctance is not to go to church.

I’ve been to mass maybe two or three times this year, usually because of Catholic guilt. Once it was for the birthday of the Holy Spirit (otherwise known as Pentecost). And last week I went for the Immaculate Conception.

Sitting in mass, mask in place, surrounded by lots of unmasked people, I tried to assess how I felt.

I realized that I didn’t feel anything. I whispered some of the answers behind my mask. I ignored the homily, listened to a story in my head that I was working on, stood up when I was supposed to, otherwise I ignored the debates.

It was not good. I started to wonder if I still believed in all this Catholic stuff. If I didn’t, what was I doing here?

The hour of communion has arrived. I went up to receive the Eucharist for the first time in six months. I wish I could say that I felt something then. Instead, I just noted apathetically that I had grown used to receiving Communion in the hand. For almost 25 years, I had almost always communicated on the tongue. Now, since the pandemic, allowing an EMHC to put the host on my tongue just seemed disgusting to me. I didn’t bother to check how the others were receiving. I accepted the host in my hand, put it in my mouth, and continued.

I did some pro forma thanksgiving prayers on the bench, but decided to go to the bathroom before the closing announcements. As I opened the glass door to the church foyer, I noticed an EMHC walking towards me with a ciborium in its hands. She was returning from distributing Communion to the choir in the attic.

I held the door open for Jesus.

When I understood this, something took hold of me. I want to remain Catholic. I want to believe. All the guilt of knowing how often I go to Mass, all the anger and anxiety of interacting with other Catholics – people I wouldn’t share s’mores with around a campfire but which must meet every Sunday and holy day. Guilt and misanthropy were what kept me away from the Church.

Jesus was still there. Jesus needed me, even briefly, to keep the door open for him. Knowing this meant that I still believed that Jesus was present in the Eucharist, that I could meet him when I went to mass.

I may not yet be ready to return to mass regularly. But I have hope that when I’m ready, I’ll find Jesus there with the door open for me.

From 2003 to 2020, Michelle Arnold served as a staff apologist for Catholic Answers in the Diocese of San Diego, answering questions about the Catholic faith. She has a blog on the Catholic channel Patheos. A portfolio of his published essays is at Authory. This essay was originally published on December 9 – ahead of recent diocesan advice on masking – on Patheos.com under the title â€œDevotional: Holding the Door for Jesusâ€. Arnold attended Mass on December 8 at Santa Sophia in Spring Valley. She did not attend Christmas Mass, but did attend Mass on December 26 at Mission San Diego de Alcala.