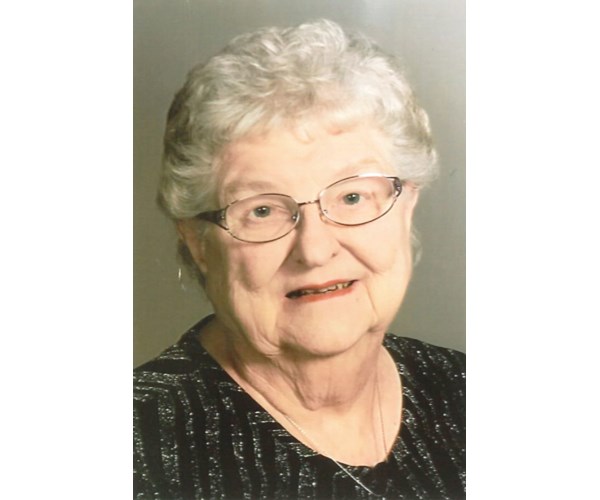 A Christian burial mass will be held at 10:30 am Thursday at St. Mary’s Catholic Church in Danbury. Father William A. McCarthy and Father Richard D. Ball will officiate. Engagement services will follow at Danbury Catholic Cemetery in Danbury. A visit will take place from 5 p.m. to 7 p.m., with a rosary service at 6:45 p.m. and a vigil service at 7 p.m. today at the church. The Christensen-Van Houten Funeral Home in Battle Creek, Iowa, is in charge of the funeral arrangements. Condolences can be sent online at www.christensenvanhouten.com.

Wilma Ann (Wessling) Clausen, daughter of Norbert G. and Ethel M. (Kurth) Wessling, was born on November 7, 1934 in Mapleton, Iowa. She graduated with honors from Danbury Catholic High School with the class of 1952.

Wilma was employed by the Northwestern Bell Telephone Company as a switchboard operator and service representative for five years before her marriage to Norman J. Clausen on February 15, 1958. Norman died on January 26, 2007. Wilma was also employed by Willow Dale Care Center. in Battle Creek as a certified nurse aide for “26 years, five months and eight days”, but who matters? Catholic school for 36 years, retiring in July 2007.

Norman and Wilma also delivered group meals to Battle Creek for two years. In December 2010, Wilma was called back to Danbury Catholic to serve as a morning counselor to deal with students arriving early before class started. Wilma returned to the Willow Dale Care Center as a resident in May 2015.

Wilma was a member of St. Mary’s Catholic Church in Danbury, St. Mary’s Rosary Society, Prayer Tree Coordinator, Diocesan Council of Catholic Women representing the ward for 15 years, Alumni Association Danbury Catholics as Secretary, Vice President and President. As president, she chaired the asphalt removal campaign. She was also a member of the Willow Vale Golf Club, the City and County 500 Club, the Seniors Center Euchar group, and was an avid recycler.

Wilma was proud to be the co-author of the 100 Year St. Mary’s Catholic Church Building History Book, as she was the granddaughter of John Wessling, one of the building’s founding members. She was very proud of the seven children she and Norman raised and loved to be with them for “a clan reunion”. She loved her grandchildren and great grandchildren; the visits from them made his day.

The family would like to thank the wonderful staff at the Willow Dale Care Center for the incredible care Wilma has always received.

Published by the Sioux City Journal on November 3, 2021.

Incumbents re-elected to Glenn Heights board in Tuesday’s vote

Cults and How to Overcome Them – The Torch