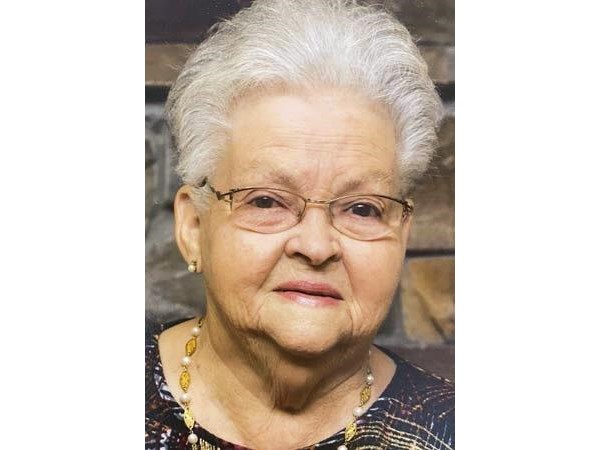 By Elizabeth J. Hayes On Sep 20, 2021
0
Share
NORFOLK – Mary Rose C. Beckman Schainost, 84, of Norfolk, formerly of Elgin, passed away on Wednesday September 15, 2021 at the Heritage of Bel Air in Norfolk.
A Christian funeral mass will be held Tuesday at 10:30 am at St. Bonaventure Catholic Church in Raeville with the rev. Kevin Vogel and Bernard Starman officiating. Interment will follow in the parish cemetery.
Visitations will be held from 5 p.m. to 7 p.m. on Mondays at the church, with a wake-up service at 7 p.m. Arrangements are made by Levander Funeral Home in Elgin. Condolences can be sent to the family at www.levanderfuneralhome.com.
Mary Rose Catherine Beckman Schainost, daughter of Joseph and Rose (Pochop) Schmit, was born on April 10, 1937 in Osmond. She attended St. Mary’s Catholic School Elementary School in Osmond and graduated from Osmond High School.
On June 2, 1959, Mary Rose married Norbert August Beckman at St. Mary’s Catholic Church in Osmond. The couple built their first home on a farm east of Elgin. In 1965, they moved to a farm southeast of Elgin where they raised their family. Norbert died on June 7, 1979.
Mary Rose continued to live on the farm until 1985 when she moved to Elgin, where she owned and operated Mary’s Flower Shop. On May 12, 1990, she married Stanley Schainost at St. Boniface Church in Elgin. The couple then took up residence on a farm northeast of Creighton, before moving to Norfolk. Stanley died on January 2, 2007.
Mary Rose was a lot in life: a farmer, a mother, a grandmother, a florist, a gardener, a quilt maker, a craftswoman, a wonderful cook, a huge sports fan and a nature lover. Her greatest joys in life were her faith and her family. Mary Rose loved to share her bohemian heritage, especially the kolaches. For many years she enjoyed teaching CCD, singing in the choir, and playing the organ at mass. She was a member of the Christian Mothers and VFW auxiliaries. Mary Rose made hundreds of wedding cakes and could sell almost anything to anyone.
Mary Rose is survived by her four children, David (Gwen) Beckman of Elgin, Rosemary (Clyde) Meis of Grand Island, Karen (Paul) Kulp of Grand Island and John (Tracy) Beckman of Elgin; 16 grandchildren, Matthew (Traci) Beckman, Meredith (Andy) Mauro, Justine (John) Dvorak, Luke (Ashley) Beckman, Joshua (McKenna) Beckman, Natalie (Chris Petersen) Beckman, Jason Meis, Janel Meis, Jodie ( Ryan Miller)) Meis, Jessica (Christian Habib) Meis, Brent (Heidi) Kulp, Andrew Kulp, Amanda Kulp, Allison (Peter) Starman, Nicole Beckman and Carter Beckman; 16 great-grandchildren; brother, Eugene (Elsie) Schmit of Osmond; sisters-in-law, Marietta Schmit of Norfolk, Bonnie Schmit of La Vista, Doris Beckman of Jackson, Ann Beckman of Norfolk, Helen Preusser of Petersburg and Mary Ann (Rudy) Starman of Petersburg; brother-in-law, Norbert (Jan) Starman of Elgin; as well as other relatives and friends.
She was predeceased by her parents; her husbands, Norbert Beckman and Stanley Schainost; two brothers, Leo Schmit and Robert Schmit; a sister-in-law, Clara Starman; and three brothers-in-law, Sylvester Beckman, Leonard Beckman and Jim Preusser.

Posted by The Grand Island Independent on September 19, 2021.