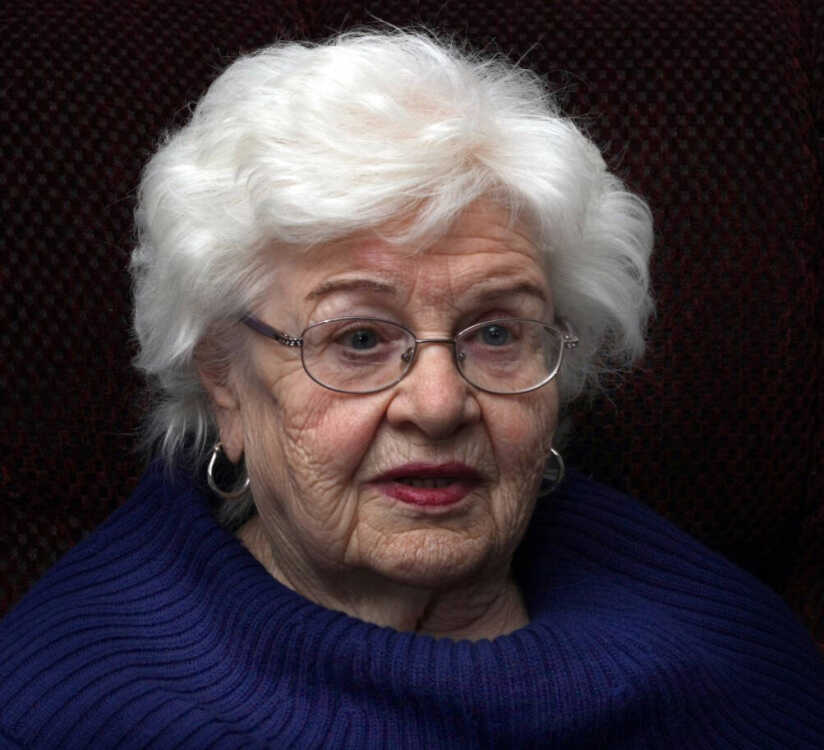 Juliane was born on March 8, 1925 to Josef and Rosa (Hoegg) Flugel in Koenigstein im Taunus, Germany (northwest of Frankfurt).

Juliane grew up with her three sisters in her home town of Koenigstein. She was baptized, received First Communion and Confirmation at St. Mary’s Catholic Church in her hometown. Juliane went through the German school system, plus two years of business school. She survived World War II and worked as a secretary at various locations in Germany and the United States.

In 1956, Juliane was visiting her sisters and mother in the United States when she met Felix F. Meyerle. Juliane’s father was still missing from the war in Germany, so she returned to her native country in case of return. In 1958, she followed her three sisters and her mother to the United States

On July 15, 1958, Juliane married Felix F. Meyerle at St. Patrick’s Catholic Church in McCook, Neb. The couple made their home in Cambridge, Neb. A daughter, Gloria, was born in 1959. Juliane became a homemaker and played the organ at St. John the Baptist Catholic Church on Sundays for 21 years.

Juliane was predeceased by her husband, Félix, on August 22, 2010; parents, Josef and Rosa Flugel and three sisters, Margot, Carol and Claire. The survivors are Aurora’s Gloria Meyerle and several nieces and nephews.

Cremation was chosen. Funeral services will be held on Saturday, May 28, 2022 at 11 a.m. at St. John the Baptist Catholic Church in Cambridge. Interment will be at Miller Cemetery near Holbrook.

The Rosary will be recited at 10:30 a.m. before Mass. Friends can leave their condolences online at lockenourfh.com.

Lockenour-Jones Mortuary in charge of arrangements.