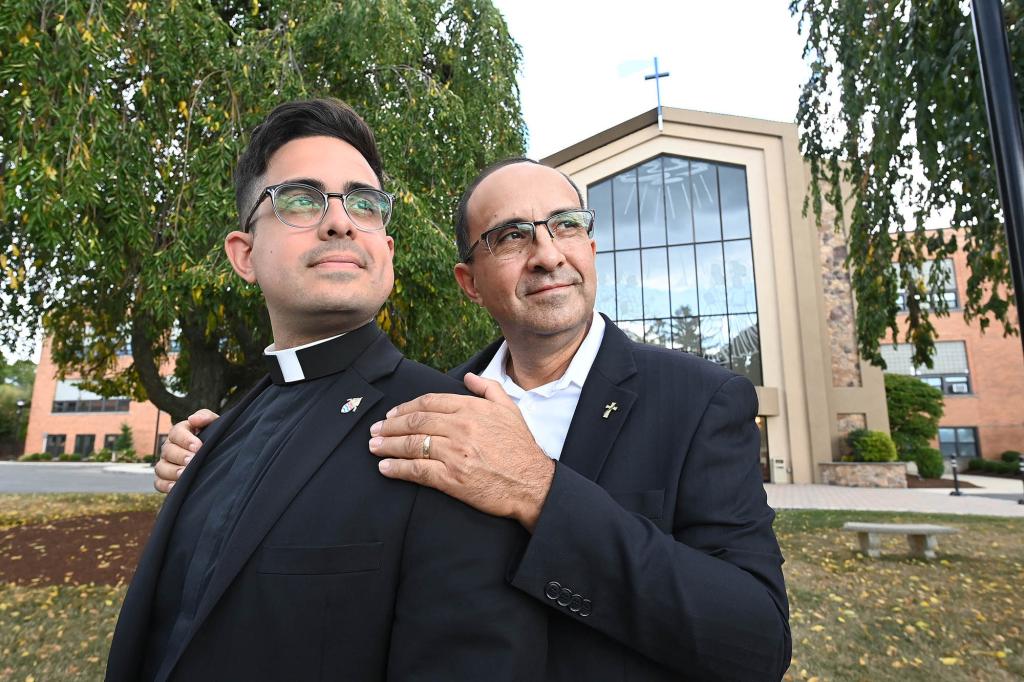 When he said the “Our Father”, his own father was on the altar beside him.

Matthew and German Gonzalez became the first father-son duo in the history of the Archdiocese of Newark to celebrate their first Mass together.

On May 29, the day after his ordination, Matthew, 28, was joined by his father, German, 59, who became a deacon two weeks earlier, at Mass at St. John the Evangelist in Bergenfield, NJ, the parish where he grew up. to assist.

“I had thought about my first mass and what it would be like, but I never imagined that I would have my father next to me at the altar,” said Matthew, who serves the parish of the St. Bartholomew the Apostle Catholic Church in Scotch Plains. .

Matthew felt a call to the priesthood at age eight, when his religion teacher talked about vocations.

“At the end of this course, she said, ‘Does anyone here think they want to be a priest?’ I kinda felt like I wanted to raise my hand, but of course I’m going to look around to see if any other guys are going to raise their hands,” he explained. “No one did.”

But he still raised his hand. “Afterwards, all my friends were like, ‘Why did you do that?’ And I said, ‘I have no idea. I just felt like I had to.

When he came to his father with the idea, he backed it up.

“I just said to him, do what your heart tells you,” said German, who serves at St. John Paul II Church in Perth Amboy.

A truck driver with his own business, German began training as a deacon after a priest at his parish, where he now works, asked if he would be interested.

pen of the pastor: Breathing the word of Jesus into our lives | Columnists