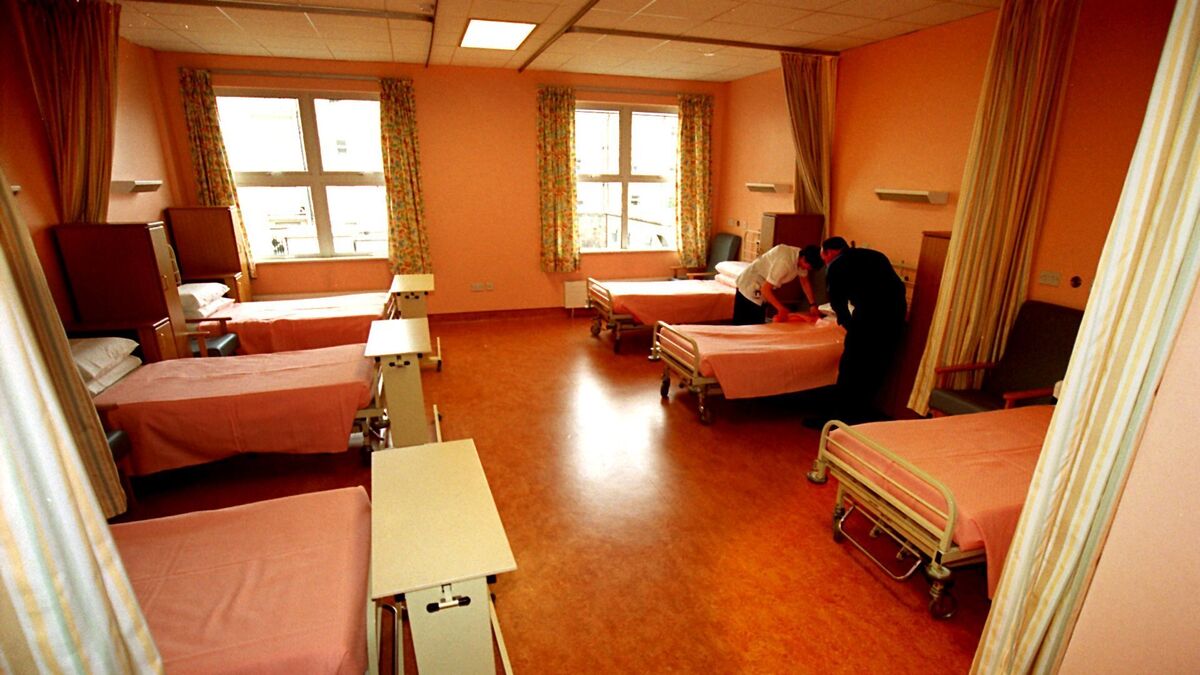 My mental illness was not chronic enough for rehabilitation

I am 19 years old and I spent 15 months in a psychiatric unit in Dublin. I was admitted as an involuntary patient.

There I was diagnosed with schizophrenia. I was alone when I got this news because I couldn’t see my family due to Covid. To this day, I find it hard to believe it. I was told I was extremely ill.

It has been a long and horrible journey until a suitable and effective medicine can be found to stabilize me.

I was told that my next step would be intense rehabilitation after being in the hospital for so long and due to the illness I lost all my skills.

My memory was affected and my team was referred to one of only two inpatient rehabilitation centers in Ireland.

I was then made a voluntary patient and I waited for the acceptance of my rehabilitation but bad news arrived. They turned me down because I wasn’t chronic enough in my mental illness for the program.

My illness lasts a lifetime and my hopes have been dashed. I was sent back to my community without an intense rehabilitation program. My days are spent hanging out in my house.

I think for young people like me, we might have a chance to have better results for our future if we had rehab beds.

I don’t know how to handle this diagnosis that was given to me and I would like to be in a rehabilitation unit where I can gain independence, life skills and the tools to help me live the best life possible with my illness.

Bantry hospital should not close

It will be a terrible blow to West Cork if Bantry Hospital is to close at that time, with all the EU money the government has available to modernize and employ more staff.

You can’t expect a consultant to go wild 24/7, which is why the hospital has made the decision to suspend admissions.

This is not acceptable to residents of West Cork, who will have a long journey to CUH, especially if you are ill and need urgent medical attention.

The hospital said it was struggling to attract qualified staff and wouldn’t be able to return to normalcy until at least September if it managed to get staff to run the hospital despite advertising for vacancies.

In the meantime, Southwest Hospital Groups will continue to support Bantry Hospital in the management of patient services at this stage.

The refusal to legislate has been a hallmark of the treatment of the abortion issue by successive Irish governments since the X case in 1992. The legacy of this head in the sand attitude is Savita Halappanavar, Mrs A, Mrs B, Mrs C, Mrs D, Mrs P, Mrs Y, and hundreds of thousands of little tragedies which do not even warrant a letter next to their name but whose abandonment during crisis pregnancy will always be a mark of shame against a a state that has historically abused women, minorities and other vulnerable people.

And now we see the current government, three decades after the X case, refusing to legislate for securityaccess zones (Donnelly to Hourigan, parliamentary questions, July 13), despite promises to do so in theprogram for the government, despite the praise of current Cabinet members in Abeal the8th Activists at Dublin Castle on May 26, 2018.

The lack of this protection for abortion providers is the main reason why so few general practitioners are committed to providingaccess to abortion. As a result of this refusal to legislate, anti-abortion protesters will be emboldened to step up their campaign of harassment and intimidation. Will this government, like its predecessors, wait for an unforeseen tragedy before finally acting? Where else is the legislation to tackle rogue pregnancy agencies that prey on vulnerable people during pregnancies in crisis?

The overwhelming vote in the 2018 referendum was not in favor of a difficult, humiliating and unsafe abortion service to access and deliver. Two-thirds of the electorate did not vote for people in pregnancy crisis to have to run the gauntlet of creeps and weirdos with their bloody images and religious paraphernalia to receive reproductive health care. No, we voted for compassion, but this government once again shamed us.

Respect the rights of all legitimate protesters

Reading Elaine Loughlin’s front page article, “Turn on Safe Abortion Access Zones” (Irish Examiner Aug 7), her related article “Betrayal on Safe Abortion Access, Nothing again for Irish women ‘in the same edition, and the ensuing promise by Minister of Health Stephen Donnelly to legislate for such areas, it would be easy to assume that women seeking abortions here are harassed and intimidated by anti-abortion protesters, and are denied any legal protection from them.

This is despite statements from the Ministry of Health that the current legislation is sufficient to deal with any problems arising from such protests, and the assurance of the Commissioner of the Guard that any new legislation on the matter would be “redundant”.

As an opponent of abortion, in principle I have no problem with a dignified and peaceful protest, but I recognize, even if I do not agree with abortion, that where it is legal, intimidation and harassment of those who access it has no place.

What I find regrettable is that no recognition is given by the media to the fact that arrests and prosecutions of those demonstrating outside hospitals have been and remain non-existent.

This is simply because the protesters behaved responsibly, and within the framework of what is already arestrictive law. They too deserve to be neither harassed nor intimidated.

The decision of some bishops to allow parishes to plan for the sacraments of Holy Communion and Confirmation is surely understandable if the government was not going to engage with them.

In my parish, many families are awaiting the baptism of their children, which we are starting to do again.

The children have been waiting for two years for their Communion and Confirmation, and it will take months to prepare each child and undertake all the ceremonies, as they will now take place in small numbers.

There really was no need for this unfortunate standoff with the government.

Waste collection is an essential service

As someone who for almost a quarter of a century has advocated for the concept of taxing the creation of waste at the point of production, I would like to welcome the proposals of the young Minister of the Environment of the government to introduce a tax on disposable cups.

This positive step will have the desired effect of reducing the volume of disposable cups created.

Unfortunately, the levy proposed by Ossian Smith fails to recognize the full proactive potential of the promised legislation, suggesting that the levy would not be a revenue-generating exercise.

This is where I disagree with the minister, as this represents a lost opportunity as the revenue created by the tax should be a direct source of funding to allow the proper disposal of the waste in question.

If we as a society are serious about our environment and want to tackle what has become a national pastime – namely the dumping of flies which is a plague on our campaign – then the above legislation can provide the initial funding to enable local authorities to restore what was for generations. the statutory function of collecting waste directly from households.

After all, if we are to be environmentally friendly, we must recognize that waste disposal must be an essential service.

The article concerning a report by the prison inspector rightly underlines the plight of inmates whose unique circumstances have led to a solitary existence (“Transgender women in Limerick prison locked in cells for up to 23 hours”, Irish Examiner, August 4).

However, he completely ignores the rationale for the circumstances of those criminals with fully intact male genitalia housed in the female wing.

Where is the concern of the guard who performs intimate searches on prisoners with male bodies much stronger than she?

You report that inmates complain about the presence of a male officer when the female officer searches them.

It is scandalous that a woman is forced to carry out such intimate searches. If she were alone with the prisoner at such a time, her safety would be unacceptably compromised.