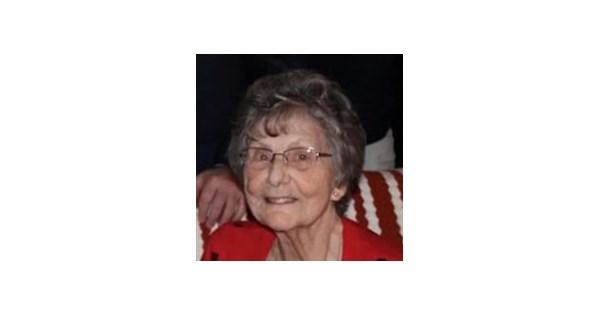 Mary Edith “Eydie” Dushane, 82 of Monroe, died Tuesday, January 11, 2022 in the comfort of her home.
Born April 26, 1939 in Monroe, Eydie was the daughter of the late Herbert and Frances (Kronsperger) Osgood. On May 20, 1961, she married Robert D. “Bob” Dushane at St. Michael’s Catholic Church in Monroe. Together they raised three children. Sadly, Bob predeceased her on September 22, 2003.
Eydie graduated in 1957 from Monroe High School. In high school and for a time after graduation, she worked for Sears and Roebuck in Monroe. She later began a career as a teacher’s aide in the Jefferson School District, retiring in 1999 after 25 years of helping children find joy in education.
Eydie was a member of St. Anne’s Catholic Church and the St. Anne Women’s Club. She could often be found in the midst of St. Anne’s annual parish festival, their chicken dinners, rummage sales, or helping reconcile “bingo books” every Monday in the parish hall. She was an avid player, spending Wednesday nights on the fairways of the Monroe Sports Center with the girls or Saturday nights with Bob in St. Anne’s mixed league tossing her famous “rescue ball.” She also enjoyed reading, doing word puzzles and watching the Game Show Network. She possessed a keen memory and had a knack for recalling birthdays, anniversaries and the like, a talent often called upon by family members when needed. The most significant moments in Eydie’s life included time spent with her grandchildren, family and friends, which included many “Up North” summers.
Eydie is survived by his children, Michael (Jeri) Dushane of Monroe, Suzanne (David) Mayes of Newport and Richard Dushane of Indianapolis, IN; four siblings, Phyllis Simons, John “Jack” Osgood, Chuck (Kay) Osgood and Barb (Pat) Sonoras, all of Monroe; five grandchildren: Jennifer (Jeremy) Richardson, Heather (Cyrus) Gauna, Krysti (Ryan) Keeler, Adam (Sarah) Dushane and Claire Dushane; and 14 great-grandchildren.
In addition to her parents and her husband, Eydie was also predeceased by a grandson, Jonathan Michael Dushane and three siblings, Pat Ferguson, Russ Osgood and Ethel Fanning.
Family and friends may visit from 2 to 8 p.m. Sunday, January 16 at Bacarella Funeral Home where the Rosary will be recited at 6:30 p.m. by the Sainte-Anne Women’s Club. She will be in state at 10 a.m. Monday at St. Anne’s Catholic Church. The Christian funeral mass will be celebrated at 11 a.m. by the Rev. Alan Zobler, OSFS, followed by a funeral at Roselawn Memorial Park.
In lieu of flowers, the family suggests supporting ProMedica Hospice of Monroe or the St. Anne Women’s Club.
Online condolences and special memories may be shared with the family by visiting the obituary page at www.bacarellafuneralhome.com.

Suffolk: the synodal journey of a parish