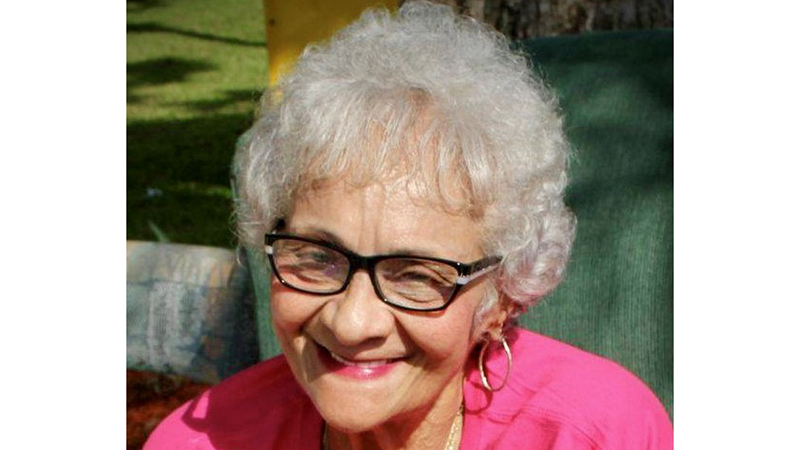 Marilyn Regina Goudeau Guidry, surrounded by her loving family, returned to Jesus’ place on Thursday, September 23, 2021 at the age of 84.

She resided her entire life in Port Arthur, Texas, until she moved to Baytown in 2017 after Hurricane Harvey. Marilyn was the youngest of five siblings born to Warrington Bernard, Sr. and Ethel Lacour Goudeau on January 11, 1937.

During her lifetime, she received the sacraments from the Catholic Church of the Sacred Heart.

Highlights of his childhood were as follows: making frequent trips to his grandparents in Goudeau, Louisiana; to be a godmother for many; working in his parents’ store, Goudeau’s Grocery; make lifelong friends; crown the Blessed Mother as Queen of May of the Sacred Heart; and graduated from Sacred Heart High School in 1955.

That same year, she was named the winner of a national competition for Betty Crocker’s â€œHomemaker of Tomorrowâ€.

After high school, she attended Xavier University in New Orleans, Louisiana. She returned to Port Arthur, got married, and focused on educating her family in the parish community of St. John the Evangelist.

In her community of faith, she was a pillar – a Eucharistic minister of holy communion, widely known for her compassion, charity, and beautiful songs.

She delivered the love of Christ through her works and actions.

She continued her stewardship and service to the parish community of St. John’s for over 60 years.

In the mid-1970s, she continued her graduate studies and obtained an associate’s degree in cosmetology from Lamar University.

Initially, she worked as a licensed esthetician at Ed’s Syndi-cut while maintaining and building her own personal clientele in cosmetology.

Working full time and raising a family of 6 children, she advanced her career and obtained a cosmetology teaching license from Prairie View A&M University.

She taught cosmetology at Lamar University for many years. Eventually, she realized her own dream and opened her own beauty salon, Marilyn’s Scientific Hair Care. Marilyn believed in healthy hair and even got a call from Oprah’s hairstylist, Andre, who wanted some of her expert advice!

She has created unforgettable hairstyles and happy hearts for over 30 years – while supporting 6 kids through college.

After her retirement, she fulfilled another dream by writing a popular heirloom cookbook, “Best of Everything: Mama’s Creole Kitchen”.

She often used the proceeds from her cookbook to raise funds for other worthy causes.

Marilyn was widely recognized and accomplished. She has received numerous honors and awards, including being named Matriarch of the Great Family Reunion (2011), Principal Treasure of the St. Augustine Historical Society (2013) and Creole Cultural Preservationist (2014).

As a devout Catholic, one of the highlights of her life was a pilgrimage to Rome with her son Mark where they received an unexpected blessing and an encounter with the present, Saint John Paul II.

Marilyn was a wife, mother, sister, prayer warrior and devoted friend. SHE LOVED THE FAMILY. She always had a warm smile, a listening ear, arms open to all, prayers of encouragement and / or wise advice on any subject (especially faith, beauty, hair and skin!).

She had the chance to hug, kiss and love three great-grandchildren: Carlos Gideon Moreno, Elias Trajan Moreno and Malaki Rodriguez.

She is survived by a living and beloved sister, Sister Doris Goudeaux, SSF, who remained with her during her last days, holding her hand as she made the transition to eternal peace.

Woven in the love of his family was his love of cooking. Traditions and family gatherings were built around her legendary culinary skills and amazing creations, which she passed on to her children. She has welcomed many into her kitchen and into the experience of her hospitality.

Many friends and family colleagues were invited to the table in Mama Guidry’s large kitchen! No one has ever left home without a full stomach, a happy heart and a little lagniappe to leave.

She underwent a dramatic change in her life in the wake of Hurricane Harvey on August 30, 2017, which moved her to Baytown, Texas, and ended a beloved era of life in Port Arthur.

Typical of Mama Marilyn, she finally turned lemons into lemonade, but never ceased to miss her dear community of Port Arthur.

While continuing to cherish Port Arthur, she also served other communities. She was also an active member of the SociÃ©tÃ© historique de Saint-Augustin and a friend of the venerable Henriette Delille, whom she prayed daily.

In her later years, she was a member of the Holy Trinity Catholic Church in Mont Belvieu, Texas. During the height of the pandemic, she was an active participant in the St. Augustine Corona prayer group supporting isolated seniors in several states. From near and far, those who were lucky enough to cross his path have been strengthened and renewed.

Visits will be from 9 a.m. until the time of service. Interment will follow at Live Oak Cemetery.

Dark Devotional: Pay attention to your own distractions