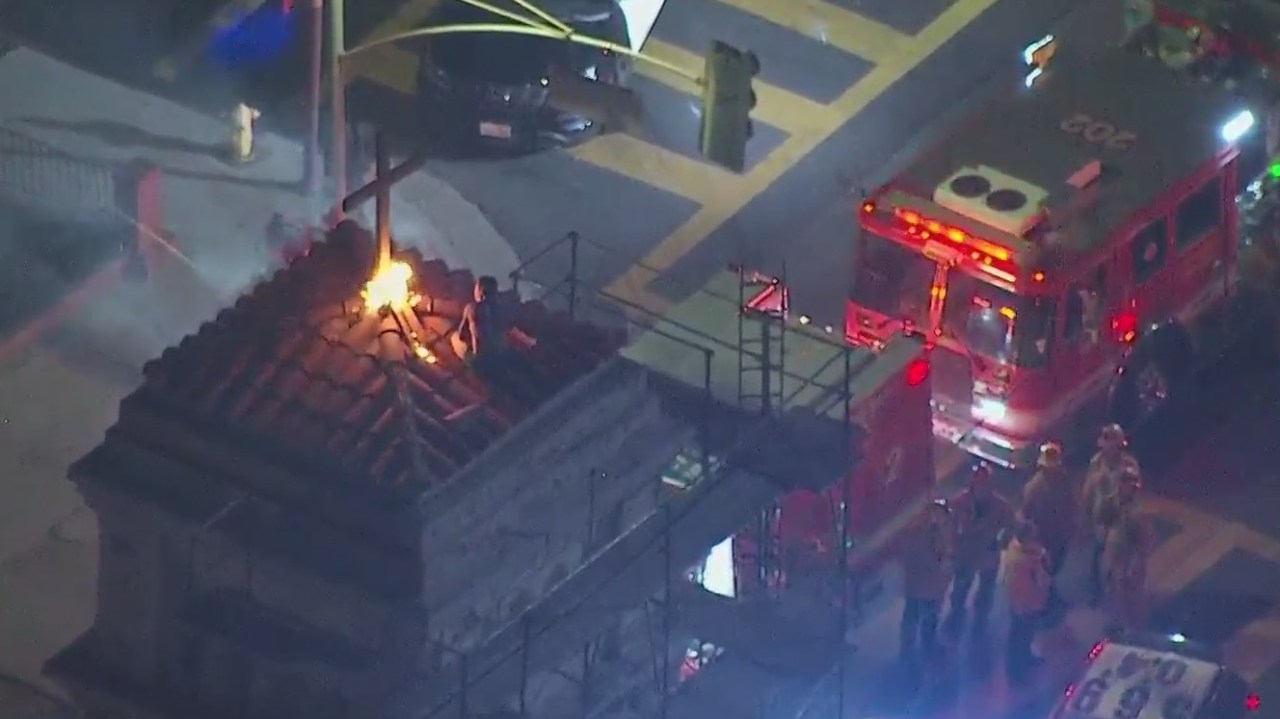 Authorities arrested a suspect after a man was captured in aerial video setting a cross on fire atop a church in Boyle Heights on Wednesday evening.

Firefighters and police were at the scene outside St. Mary’s Catholic Church at 407 S. Chicago St. at 8:25 p.m., the Los Angeles Fire Department said in an alert.

The man, who appeared to be wearing only boxers and socks, was on top of a steeple trying to start a fire when Sky5 arrived above the stage at around 8:45 p.m. However, the flames did not spread beyond the top of the roof. .

He finally reduced the scaffolding surrounding the tower shortly after 9 p.m., passing through the main roof of the church before jumping onto other rooftops in the neighborhood. At one point, he was even seen climbing an electric wire.

Police were following the man’s movements and shortly after 10 p.m. a suspect was taken into custody outside a residential building.

Paramedics then transported the man to hospital, LAFD said. It was not clear if he needed treatment or if he was being assessed.

Firefighters stayed at the church late Wednesday evening and an arson investigation was underway.

No further details were immediately available.

Ordination lessons learned in a crisis