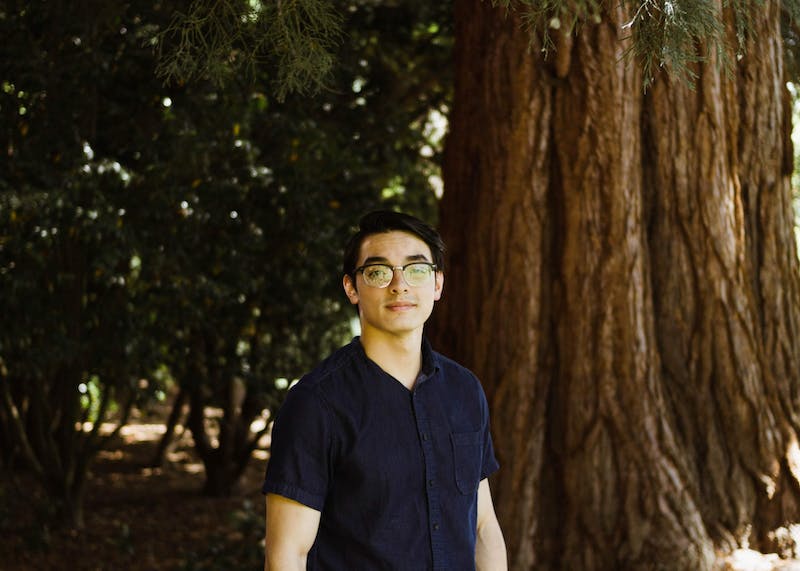 As has been said many times, Fr. Benedict Bartsch’s opinion piece does not reflect my views on the relationship between the LGBTQ+ community and Catholicism.

Catholicism and the Bible, as discussed in many of my theology classes at this university, depend on interpretation. I sincerely believe that thanks to this interpretation, we have made progress towards a practice of Catholicism that is more open, more welcoming and ready to recognize the reality of today’s society.

As an agnostic, that’s more credit than I was willing to give a few years ago. Although it is not perfect – and probably never will be – it is a far cry from the traditional Catholic beliefs of the past, because the progressive Catholicism I am referring to, in my view, is a completely different entity.

But we cannot deny the truth of this past. According to the line, those who do not learn from history are doomed to repeat it. Those who forget history, I argue, face the same fate. Ignoring the fact that people still hold these views against same-sex marriage and LGBTQ+ rights is a disservice to ourselves and to anyone who has been discriminated against because of beliefs like this.

If we can’t accept that these views exist, and that people still hold them, without being vulgar, hateful, and uncivilized, then what does that say about us? How are we ever going to convince those who hold these beliefs that they are wrong, if all we can do is insult them in disgust?

Our job is not to condemn the ignorant, it is to guide them to a better truth. If we can’t compose our argument in a respectful way, then he will never earn respect. Without calm, collected and well-designed efforts, they will never hear our calls for equity and inclusion.

To be clear, I don’t blame anyone for being outraged. It’s your right, and whether you believe me or not, I share those feelings with you. Some of the most important people in my life are part of the LGBTQ+ community. I almost lost friends because of the discrimination supported by traditional Catholic beliefs described in Barsch’s opinion. Many of you have suffered losses because of this same discriminatory behavior, and my heart goes out to you.

But don’t generalize one man’s opinion to an entire institution. Do not confuse his words with those of an entire organization. It does not speak for the University of Portland, it does not reflect the majority of people in our community, and it does not speak for the Catholic Church as a whole. He is a person, admittedly with a perspective that is probably shared by others. To paint his choice and his words as a reflection of the entire UP community is a mistake, and discredits the progress we have made.

It gave me hope that we could have these difficult conversations and peacefully and respectfully defend the basic human rights to which we are entitled.

I still have that hope, even after all this time. Even after opinions like Bartsch’s. Because I know that to solve the problem, we need to understand where and how it originated, and whether or not people still have that view in the first place. People on this campus deserve to know that people who go there may have the same opinions shared by Bartsch.

Having a basic understanding of Bartsch’s argument gives us the tools we need to dismantle these exclusionary thoughts and try to redirect these people to a more positive way of thinking.

“The truth will set us free.”

The truth cannot set us free if we cannot face it. We will never bring about change by ignoring the problem or silencing it.

That said, I refuse to believe that change comes through hateful behavior – that goes for both sides of this discussion. Some of the anonymous comments on the @uofpmemes Instagram page went so far as to wish Bartsch physical injury.

I do not support this behavior in any way. Insults, threats and desires to harm cannot progress. This kind of reaction only undermines the legitimacy of the argument that these individuals are trying to make.

Two fakes don’t make a real one. If we plan to approach our problems as a war of attrition, fueled by resentment and hostility, then all that’s left for us is exhaustion and defeat. All we will experience is disappointment and discontent.

Progress is made through compassion. If we are to believe that the teachings of Christ promote love and respect for all, then we must make changes with these principles in mind. To reject them would make everything we try to accomplish superficial and incomplete.

The UP community that I have come to know is kind, caring, open-minded and progressive. They are thoughtful, intelligent and patient. They know how to make things change for the better. They know how to organize in a peaceful, respectful way and in a way that supports the rights of the people on this campus without reacting with hatred to the opinions of others.

If this community isn’t what I thought it was, then I’ve wasted years of my life. We all have.

And to believe it would be to admit defeat. I will never abandon the people of this university. I will never give up on our journey towards an inclusive future based on kindness and respect. I will not give in to the idea that we have to resort to hurtful words and insults to solve our problems.

I will also recognize that without confronting the opinions of our past and those who still hold them, we will never make the progress we desire. Abandoning these people is no better than abandoning the values ​​we hold most dear. Resorting to their disrespect only hurts us more.

Be the change you want to be, not the stagnant force that perpetuates the malevolent nature of the problems we are trying to solve.

Austin De Dios is the editor of The Beacon. He can be contacted at [email protected]

Do you have anything to say about this? We’re committed to publishing a wide variety of viewpoints, and we’d love to hear from you. Have your say in The Beacon.

Tensions over vaccination mandates creep into the church