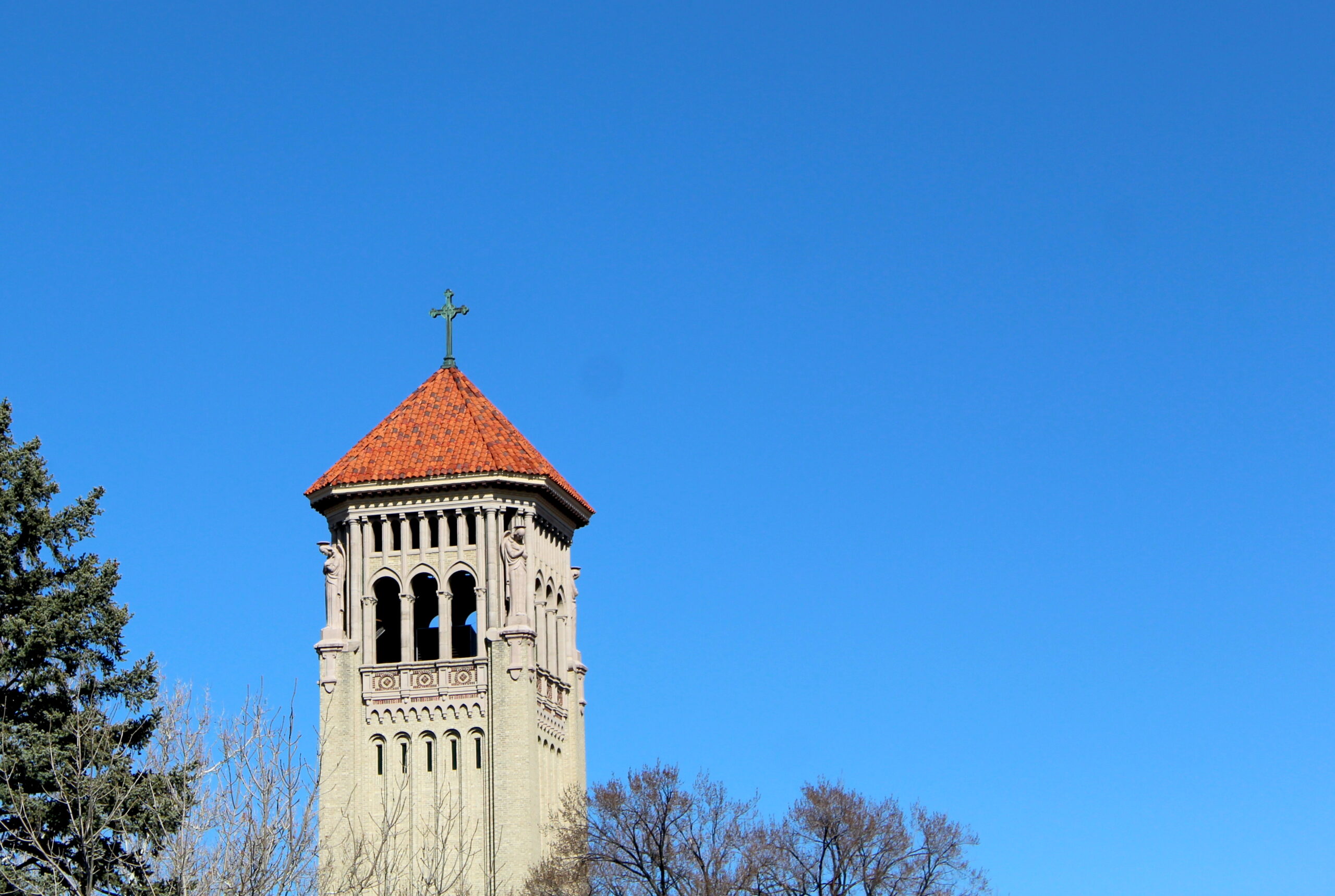 At least one lawsuit alleging child sexual abuse by Catholic clergy has been filed in Colorado following the passage of a new law last year.

Colorado resident Brian Barzee sued the Roman Catholic Archdiocese of Denver on Monday alleging sexual exploitation and abuse by a former priest while at St. Andrew’s Preparatory Seminary in Denver. Barzee’s complaint was filed under Senate Bill 21-88, which passed last year and came into effect on January 1.

Under the new law, survivors of child sexual abuse for whom the civil statute of limitations has already expired have three years to sue their abusers and the public or private institutions that have turned a blind eye to the abuse.

RECEIVE MORNING TICKETS IN YOUR INBOX

Colorado law previously required survivors to sue for child sexual abuse within six years of their 18th birthday. But the SB-88 created a new way for people already over the age of 24 to sue for incidents that began as early as 1960.

“It is only because of this new law that each of us will one day have a voice against our violators,” Barzee said at a press conference in November, announcing his intention to press charges once. the law entered into force. He was joined by his lawyer, Michael Nimmo of Denver.

The alleged perpetrator was named in the report

Father James Moreno, who was named in Barzee’s trial, has been identified in a December 2020 Report released by the Colorado Attorney General’s Office following an earlier October 2019 report detailing child sexual abuse by Roman Catholic clergy.

According to the report, Moreno allegedly sexually assaulted a boy in 9th grade in college after a substantial amount of grooming – a term used to describe the manipulative behavior used by sex offenders to gain access to a victim – during the boy’s first year in St. Andrew’s Seminary Preparatory High School. Before the anonymous victim was 18, Moreno allegedly assaulted him more than 60 times. The alleged abuses described in the Attorney General’s report occurred from 1978 to 1980.

Moreno’s abuse of Barzee, meanwhile, is believed to have occurred from 1978 to 1982. Barzee claims Moreno sexually assaulted him hundreds of times. As part of his grooming of Barzee, Moreno would give him “special treatment” and take him to see movies, on fishing and camping trips, and on trips to Camp Saint Mallow in Estes Park, according to the lawsuit. At the time, Moreno was working as a spiritual director for St. Andrew’s.

â€œFather Moreno established, supervised and participated in activities and programs involving underage children enrolled in St. Andrews, and engaging with underage children was an integral part of his job,â€ the lawsuit said. “Therefore, he was an adult placed in a position of responsibility, trust and supervision of minors registered at St. Andrew’s.”

In late 2019, the unidentified victim of abuse described in the Attorney General’s 2020 report contacted the Independent Reconciliation and Reparations Program established by the Three Catholic Dioceses of Colorado. The IRRP – which paid compensation to eligible victims of child sexual abuse – was created in October 2019the same month, the Colorado attorney general’s office released its original report on clergy sexual abuse.

â€œEven though the most recent official program has ended, the Archdiocese is committed to continuing to work with all who have come forward, and we have,â€ Haas wrote in an email. The two programs paid compensation to a total of more than 115 victims who received an average of $ 142,000 each, Haas said, adding that the amount of compensation varied depending on the circumstances.

Haas declined to make a statement about Barzee’s trial until the Archdiocese finished considering it.

After the victim described in the Attorney General’s 2020 report submitted information about Moreno through the IRRP, Moreno admitted to the sexual abuse, according to the report – which noted that the Attorney General’s office was not aware of ‘no evidence proving Moreno’s guilt. The Archdiocese of Denver reported the abuse to law enforcement and began the process of secularizing Moreno. Moreno had already retired medically from the priesthood 16 years earlier, the report notes.

The archdiocese has permanently suppressed Moreno’s faculties, which means he cannot celebrate Mass, hear confessions or perform other priestly ministries anywhere in the world, Haas said in an email.

â€œSecularization implies that the Vatican officially declares that he is no longer a priest,â€ Haas explained. This process is still ongoing for Moreno, although Haas noted that the difference between suppressing Moreno’s faculties and secularizing him is not particularly noticeable to the general public.

The trial describes the abuses committed by several priests

The archdiocese adopted a policy of sexual misconduct in 1991, Haas said. The policy included “mandatory reporting to the police, education and training required for all staff and volunteers serving youth, background checks and survivor support,” according to one. page on his website which Haas led Newsline.

But in the late 1970s and early 1980s, Barzee’s trial claims that at least six other St. Andrew’s priests were aware of Moreno’s alleged abuse of Barzee and other boys. Two of the people named in the lawsuit, Fathers James Rasby and John Holloway, were included in the attorney general’s report.

“Many of these people were not only aware of the abuse, but aided Father Moreno in the abuse or participated in the abuse themselves,” the complaint states.

According to Barzee’s trial, the Archdiocese â€œknew that the priests and brothers of the Catholic Church and the Archdiocese, under their supervision and control, prepared, assaulted and sexually abused childrenâ€, had not taken “Reasonable steps” to protect children; and “actively covered up” the abuse.

Barzee’s trial accuses a second priest, who was not mentioned in the original 2019 Attorney General’s report or the 2020 Supplementary Report, of sexual abuse. In or around 1979, Barzee alleges that Moreno took Barzee to Camp Saint Mallow while several other priests were staying there. Moreno reportedly took Barzee to the second priest’s bedroom, where that priest stroked Barzee’s genitals, and then brought Barzee back to Moreno’s bedroom, according to the lawsuit.

In 1982, Barzee alleges that Moreno told Barzee that they were going on a trip together to Brush. Barzee went to the second priest and begged him not to force Barzee on the trip, according to the lawsuit.

The priest “told Mr Barzee that if he did not make the trip he would be expelled from St. Andrews and the Catholic Church,” the complaint says. “Sir. Barzee made the trip to Brush with Father Moreno, where Father Moreno again forcibly raped Mr. Barzee.

Under SB-88, child sexual abuse survivors for whom the statute of limitations has expired must prosecute before 2025. The final version of the bill was sponsored by Sens. Jessie Danielson, a Democrat from Wheat Ridge, and Rhonda Fields, a Democrat from Aurora. , with Representatives Dafna Michaelson Jenet, a Democrat from Commerce City, and Matt Soper, a Republican from Delta. Governor Jared Polis enacted SB-88 in July.

The new law includes certain limits on the amounts that can be paid in damages to plaintiffs who file child sexual abuse claims. For private institutions, the limit is $ 1 million.

A tax analysis of SB-88, updated in August, estimated that the state would pay $ 2.71 million in damages over each of the next five years to those who sued the agencies under SB-88 state and youth programs.

A related bill that was also passed last year aimed to provide more opportunities for recent and future child sexual abuse survivors to hold their abusers and the institutions that employed them accountable. Senate Bill 21-73 removed the civil statute of limitations for survivors under 24 on Jan. 1 and for future child sexual abuse survivors in Colorado. Danielson and Senator Don Coram, a Republican from Montrose, sponsored the SB-73, along with Representatives Michaelson Jenet and Soper.