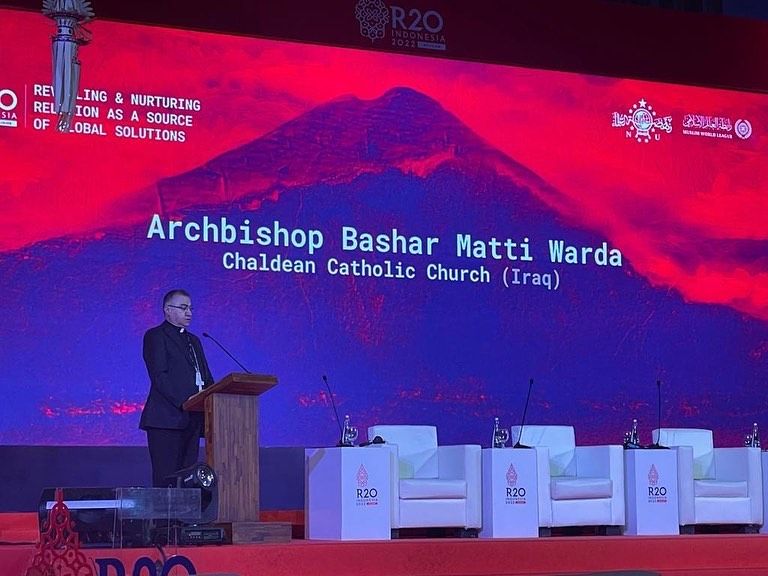 The Sunni group is estimated to have over 90 million members.

Their leader, Sheikh Yahya Cholil Staquf, met with Pope Francis in 2019 to present a vision for a more peaceful future and greater human brotherhood. This includes a Center for Shared Civilizational Values.

The R20 summit, Sheikh Staquf told the Indonesian news agency Antarawhich should welcome “no less than 160 international personalities” and some 4,000 participants.

Archbishop Warda thanked Staquf for allowing a space for discussion to flourish and quoted the Muslim sheikh’s words that any Islamic doctrine of enmity was “unreasonable” and an obstacle to “living harmoniously and peacefully in within the multicultural and multi-religious societies of the 21st century”.

In his broadcast live speech, the Catholic leader called for an “honest discussion of the primordial cycle of hatred, supremacy and violence that has plagued humanity since before the dawn of history.”

The Archbishop echoed the words from Pope Francis in Iraq to Christians during his visit in 2021, emphasizing that love is a real strength. He stressed the need to be able to forgive – without forgetting – and “a renewed encounter with our Muslim neighbors based on the reality of our experience”.