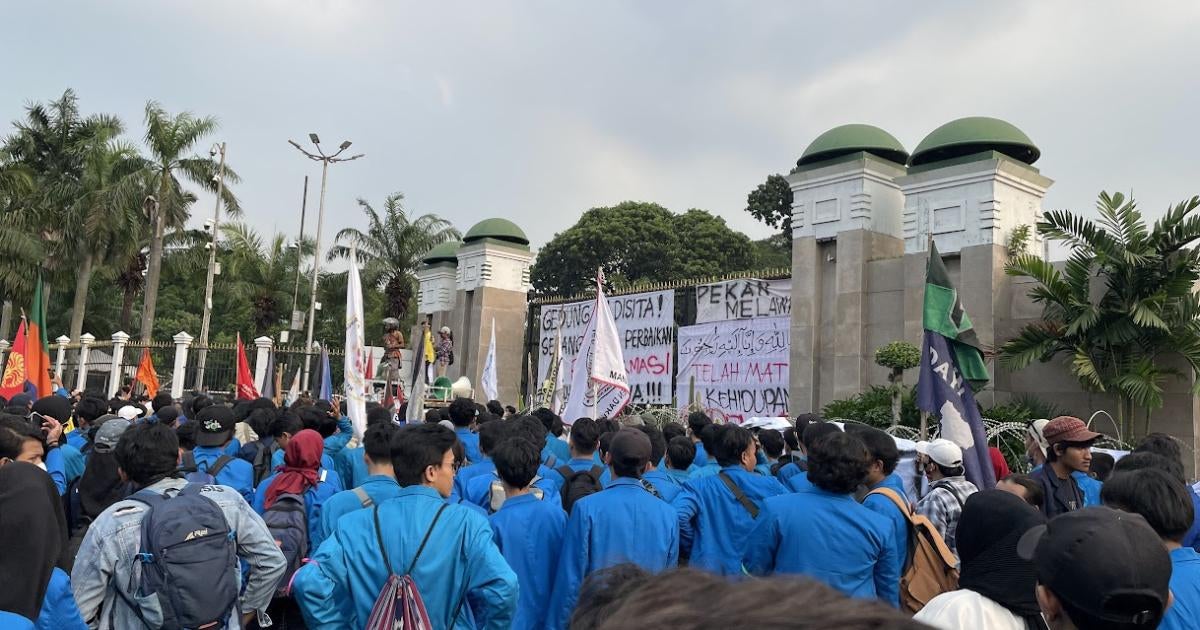 (Jakarta) – The Indonesian government should publish the latest version of the draft penal code to ensure full and informed public debate on its provisions, Human Rights Watch said today. A 2019 version of the bill raises concerns that its provisions violate the rights of women, religious minorities, and lesbian, gay, bisexual, and transgender (LGBT) people, as well as the rights to freedom of expression and association.

In June 2022, the deputy justice and human rights minister in charge of penal code negotiations with parliament, Edward Omar Sharif Hiariej, refused to release the draft, saying it could cause “unrest “. Still, he said the government planned to pass the revised code, which has been under consideration for more than two decades, before National Independence Day on August 17.

“Ensuring that Indonesia’s long-awaited revised penal code respects the rights and freedoms of all Indonesians means giving everyone a reasonable opportunity to discuss and debate its provisions,” said Phil Robertson, deputy director for the Asia at Human Rights Watch. “The government should immediately publish the latest text of the draft code and hold sessions for public participation.”

The government’s outreach efforts to the general public have been totally inadequate, Human Rights Watch said. During a May 25 parliamentary committee hearing on law and human rights, Hiariej discussed the “socialization program” his ministry has been carrying out to reduce possible opposition to the bill. In a subsequent parliamentary hearing on July 6, he claimed to have held “public consultation meetings in 12 cities” with civil society organizations. These sessions consisted of PowerPoint presentations explaining the bill, but the text of the law itself was not shared with participants.

On June 9, an alliance of 82 civil society groups led by the Indonesian Legal Aid Foundation (Yayasan Lembaga Bantuan Hukum Indonesia) called on President Joko “Jokowi” Widodo and parliament to share the draft penal code. On June 23, the National Alliance for Criminal Code Reform released comments on 24 problematic points in the bill based on Hiariej’s submissions.

Beginning June 28, student organizations in Jakarta protested the secrecy of deliberations on the bill and raised concerns that the law could undermine the protection of democracy and human rights. man in Indonesia.

So far, concern has centered on the draft penal code’s recognition of “all living law” in Indonesia. These “living laws” could be interpreted to include hukum adat (customary criminal law) and Sharia (Islamic law) at the local level. Indonesia has hundreds of ordinances and regulations that discriminate against women, religious minorities, and LGBT people. As there is no official list of “living laws” in Indonesia, this provision could be used to prosecute people under these discriminatory regulations.

The Indonesian penal code dates back to Dutch colonial times. In September 2019, a parliamentary task force finalized a 628-article bill and planned to pass it in the plenary session of the House of Representatives. But massive street protests against the law in Jakarta and more than 40 other cities across the country prompted President Jokowi to delay its passage.

A detailed analysis by Human Rights Watch of the 2019 bill revealed provisions that would discriminate against non-Muslims, including religious minorities, as well as non-Sunni Muslims. The bill also contained discriminatory provisions against women and girls and LGBT people. The provisions also violated basic human rights recognized under international law, including freedom of expression, speech and association.

The 2019 bill also contained provisions that effectively censor the dissemination of information about contraception and criminalize certain abortions, thereby undermining the right of women and girls under international law to make their own choices. ‘have children. Another article punishes extramarital sex with up to one year in prison, stating that couples who live together without being legally married risk prison terms. Sex workers could also be criminally prosecuted under this provision.

Although the 2019 provision does not specifically mention same-sex behavior, since same-sex relationships are not legally recognized in Indonesia, the article makes all same-sex behavior a criminal offence.

The 2019 bill also proposed to expand Indonesia’s 1965 blasphemy provision to include “persuading someone to be an unbeliever”. Parliament should abolish blasphemy offenses, which violate Indonesia’s obligations under the International Covenant on Civil and Political Rights, Human Rights Watch said.

“The Indonesian government should not rush the review of such a momentous law, which will have a profound impact on the lives of so many people,” Robertson said. “Continuing on the path of transparency, consultation and participation, with emphasis on Indonesia’s international human rights obligations, is the best way to ensure that the new law works for the people. rather than suppressing it.