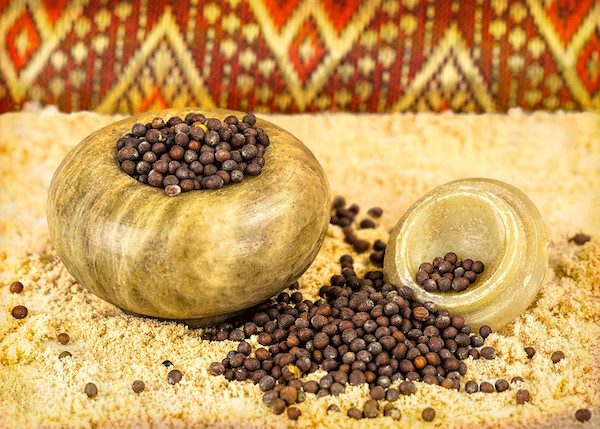 “The Lord said, ‘If you had faith the size of a mustard seed, you could say to that mulberry tree, ‘Uproot yourself and plant yourself in the sea,’ and it would obey you. ‘ (Luke 17:6)

The disciples’ plea for an increase in faith stemmed more from fear than fervor, and understandably: they were on their way to Jerusalem where it was already clear that they would be in mortal danger because of their association. with Jesus.

No doubt some wondered what they had gotten themselves into and, not without reason, they looked to Jesus for reassurance. But what they get from him looks, at least at first glance, more like a ticking than a comfort.

What lies behind Jesus’ seemingly unhelpful response, however, is his realization that, again, they were missing the point: they were asking for the right thing, but for the wrong reason; and they relied on what they didn’t have obtained for what they didn’t do need.

Although they did not realize it, their problem was not weak faith, but misplaced faith. Their mindset was religious and their faith was a religious faith, not a Christian faith. Jesus was trying to teach them this faith in him, Christian faith, is not just a new version of an old thing, but something entirely and unimaginably new.

And that’s where his bizarre illustration fits in. Jesus stops them in their tracks by telling them that if they had even the smallest faith – faith, that is, as he meant – they would be able to uproot the deepest roots of all the trees and plant them in the sea. They would be able to do, in other words, both the impossible and the unimaginable, even with faith “the size of a mustard seed”. And this not because their faith was great, but because God is great.

As the psalmist says, “With You I can overcome any barrier, with my God I can scale any wall.”

Faith, as Jesus understands it, as opposed to the way they and many of us misunderstand it, is not something we learn or earn or, even less, deserve; and it is certainly not the fruit of intelligence, though it certainly engages intelligence where it finds it.

No, faith is knowledge born of love; the kind of knowledge, in other words, that can only to be given and received between people, a sharing of a person’s knowledge of himself, a disclosure or revelation which, even in our mutual experience, surpasses all other ways of knowing.

In the gift of faith, God shares with us his own knowledge of himself, as we do with each other in the love that is friendship, which is the basis of all genuine love. It is the heart of the Christian faith.

In the Christian faith, what is incumbent on us, by grace alone, is that we are protected by the providence of God because we are loved no matter what. This love is experienced, to adapt Gerard Manley Hopkins and paraphrase St. Paul, respectively, as a “rush,” in which God’s love “inundates our hearts” and our lives. Or, as the late great Seamus Heaney put it, also paraphrasing him, when the heart is caught off guard and “wide open,” love is the only response.

Love responds to love. Cor ad cor loquitur, “The heart speaks to the heart”, according to the motto of Cardinal Newman. In Christ, the heart of God spoke to our hearts.

In this direction, What we believe and what it is believe to unite. Everything we believe is rooted in the fact that the ultimate mystery behind and beyond all that exists is personal. We are not only made by God but like by him.

Faith is the conviction that the deepest truth about us is that “it is because we are loved that we exist” and to live by faith is to reside our full confidence, both in our life and in our death, in this all-encompassing truth.

And, finally, what about the enigmatic tailpiece in this gospel that we should consider ourselves unworthy servants? At first glance, this looks like incitement to self-deprecation. But it makes a deliberately colorful, albeit slightly slanted, point about mindsets and mindsets.

Jesus leads us away from that particularly unattractive mindset, the accounting mentality, which places cost above value. What Jesus conveys is that our relationship with God is not transactional: whatever is ours is “ours” only because he has shared it with us. The greatest gift he shared with us is not just life as we live it now, which is time-limited, but his own divine life, which is eternal.

He did not count the cost of sharing with us what has infinite value. What greater proof could there be of God’s unfailing friendship?

Over 40,000 Australians supported with interest-free loans