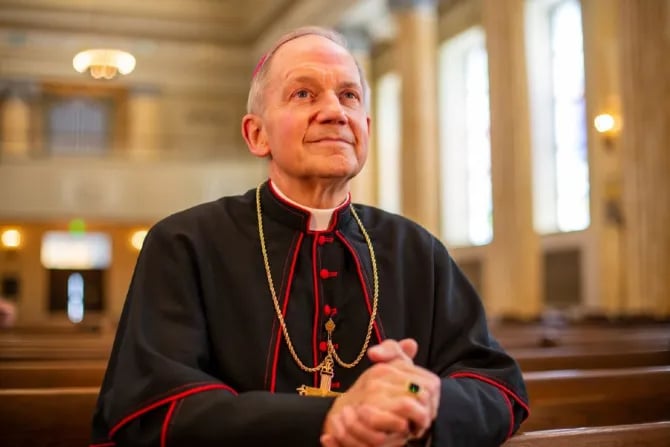 Illinois Governor JB Pritzker on Friday signed the repeal of the state’s parental abortion notice law, a move that has sparked dismay among Catholics and pro-lifers in the state .

Bishop Thomas Paprocki of Springfield, Ill. Called the signing of the bill “a dark and shameful moment in the history of the state of Illinois … It is striking how much this legislation provides cover, a secret and a darkness to evil deeds â€.

â€œThis legislative action violates the most basic rights and duties entrusted by God to parents to ensure the health and safety of their children,â€ Paprocki said.

â€œIt is a right and a responsibility that God grants, and that no government can take away. In trying to do so, this legislation acts directly against the will of God, which is the very definition of evil … This most heinous offense against God and neighbor [abortion] is now made more readily available to underage children than tattoos or ear piercing.

Illinois’ Parental Notification Act was passed in 1995 but was not implemented until 2013 after a court battle. She required that abortion providers notify the parents of a minor wishing to have an abortion at least 48 hours before the scheduled abortion, except in certain cases where the minor could not notify a family member. A minor was allowed to seek a judge’s approval to circumvent the notification requirement.

â€œThirty-seven states, and every other state in the Midwest, has at least one parental notice of abortion laws,â€ the state’s Catholic Conference said in October. â€œHowever, Illinois is no longer among them. What an ignominious result for those who supported and voted for the bill. “

The repeal not only endangers children who abort and facilitates the murder of children in such abortions, Paprocki said, but it also grants “a free pass to sex traffickers” who would enslave women and girls. and force them to have an abortion.

“The government is rightly exercising its authority by making laws that protect minors from making life-changing decisions they are not equipped to make, by establishing laws that prohibit children from sunbathing, buying lottery tickets, buying cigarettes and buying alcohol and tobacco, â€Paprocki pointed out.

A March 2021 report from the ACLU Illinois and Human Rights Watch, which supported the repeal, said about 1,000 minors abort each year in Illinois.

Paprocki concluded his statement with prayers for the conversion of the hearts of those who made the abrogation possible.

â€œWe pray today for a conversion of heart and a renewal of spirit among those who hold authority and who have perpetrated this evil on our people. We solemnly pray this day also for the protection of the many children and families endangered by this unjust law, â€Paprocki concluded.

Illinois is not the first state to take legal steps to protect the “privacy” of minors who request abortions.

California has a parental consent law for minors seeking an abortion, but the law is permanently enforced by a court order, which means minors in California can request an abortion without their parents’ knowledge or without. permission from their parents. And in September, California Governor Gavin Newsom signed a bill that allows policyholders, including minors, to keep â€œsensitive servicesâ€ confidential from the policyholder, usually their parents.

Are we there already? | Local news