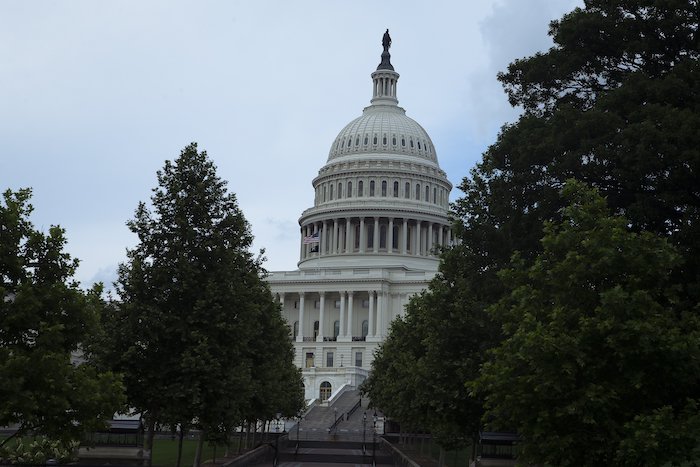 NEW YORK – The US Bishops’ Conference on Tuesday, August 10 applauded the US Senate for passing the Infrastructure Investments and Jobs Act for how it “affects people on the fringes of society” and seeks to protect the environment.

“Realizing that our environmental challenges are too great for a single bill, we are pleased that the legislation reflects an integral ecology, with historic investments in public transport, rail, bridges and clean water, and puts focus on climate change mitigation, carbon capture and climate resilience, ”said Archbishop Paul Coakley of Oklahoma City, chair of the USCCB’s Committee on National Justice and Human Development in a communicated.

The $ 1.2 trillion infrastructure package was passed by the U.S. Senate by a 69-30 bipartisan vote, with 19 Republicans joining all Democrats on Tuesday. It is now submitted to the House of Representatives for approval upon returning from vacation on September 20.

“This landmark law will create jobs, increase productivity and pave the way for decades of economic growth and prosperity,” said the 10 senators who drafted the bill, led by Republican Rob Portman of Ohio and Arizona Democrat Krysten Sinema. A declaration.

Despite pressure from Democrats to remove the Hyde Amendment – a long-standing provision that bans taxpayer funding for abortion – the Senate passed an amendment at around 11 p.m. on Tuesday to preserve it in the $ 3.5 trillion budget resolution of dollars. In a near-partisan 50-49 vote, Democrat Joe Manchin joined all Republicans in voting for the pro-life measure.

More than $ 550 billion from the infrastructure package is new spending that comes in part from unused COVID-19 relief funds and unused federal employment assistance. The bipartisan group of 10 senators also claimed the plan would not raise taxes for ordinary Americans or increase inflation.

“Today we have proven that democracy can still work,” Biden said Tuesday. “We can always come together to do great things, important things, for the American people.”

Following the passage of the Infrastructure Investment and Jobs Act, the Senate quickly voted to open debate on a $ 3.5 billion budget resolution.

If both houses of Congress ultimately pass the resolution, it paves the way for Democrats to adopt a comprehensive spending plan, or “social safety net,” through reconciliation, which allows for spending, income and expense legislation. limit the federal debt by a simple majority.

Key points from the budget resolution, released by Senate Democrats on Monday, August 9, include investments for families, such as universal preschool and free community college, climate, infrastructure and jobs, immigration and Health care.

In his statement Tuesday – released ahead of the vote to preserve the Hyde Amendment – Archbishop Coakley reiterated the USCCB’s position that taxpayer funding for abortion should be excluded from any government proposal.

“We continue to be determined in our insistence that no taxpayer funding go to abortion,” Archbishop Coakley said. “It is essential that any proposal to expand health care coverage avoids increased taxpayer funding for abortion. “

The Archbishop also described a number of areas that the USCCB hopes Congress “will continue to work together to address” which were first mentioned in a letter from the USCCB to Congress in April.

On Tuesday August 10, a USCCB petition to save the Hyde Amendment was still active. The petition, which has collected more than 145,000 signatures, is available on notaxpayerabortion.com.

No conditions for elections in Nicaragua, according to Catholic Church