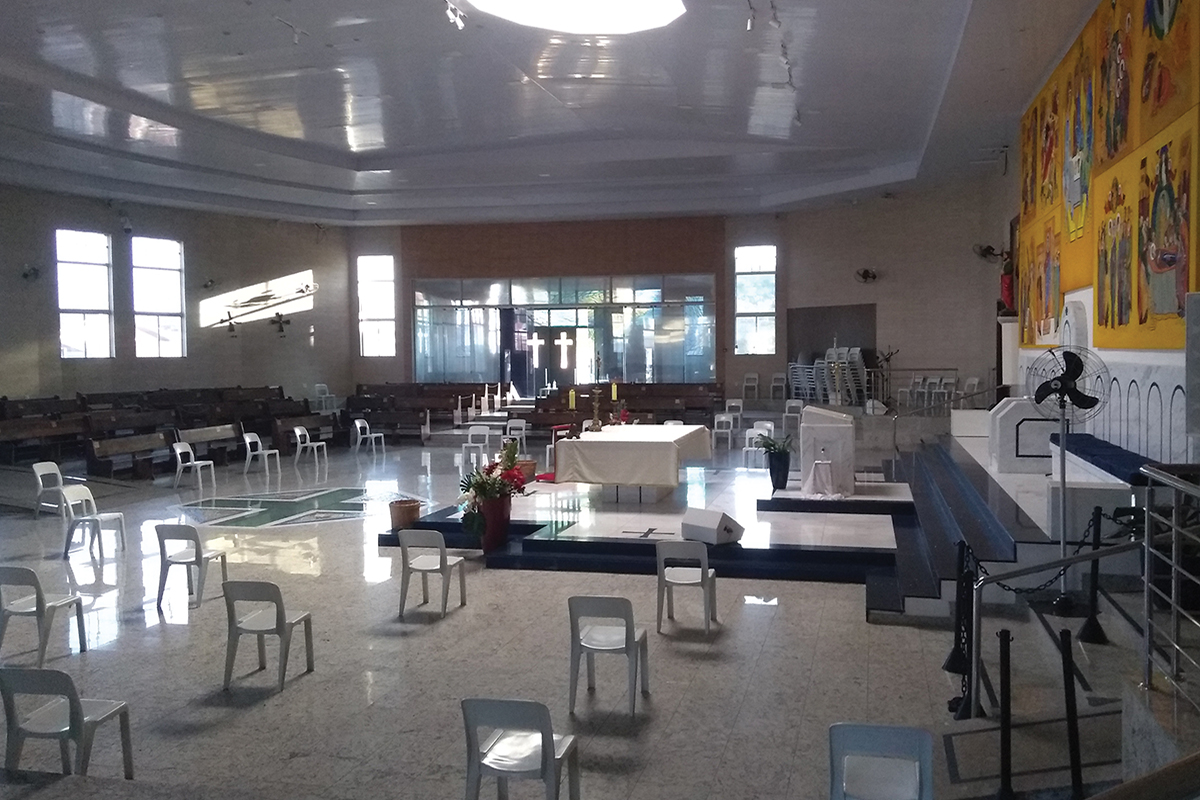 How will history judge the responses of Latin American churches to the COVID-19 pandemic?

SOCIAL DISTANCE: Spaced chairs at a church in Mogi Guaçu, Brazil during the COVID-19 pandemic in August 2020 (Photo by blamed, used via a Creative Commons license)

On the blessed day when the coronavirus pandemic finally ends, historians will have enormous opportunities to explore its immediate impacts and lasting consequences. Nowhere is this more true than in the realm of religion and faith. How will congregations remember their actions during this hideous time?

In the Christian context, many inspiring and disturbing lessons come from Latin America, which has suffered terribly from the crisis, as hard as anywhere on the planet. Even according to grossly underestimated official statistics, the total death toll in the region’s five largest countries (Brazil, Mexico, Colombia, Peru and Argentina) reached one million this summer, nearly a quarter of the total. global. But to find a realistic estimate, we would probably have to multiply that questionable number by three. In Brazil alone, the true death toll to date is well over one million, including many young adults. Mexico has lost over 600,000 in real numbers, about as many as the much larger United States.

Immunization rates in the region are extremely low. In societies much poorer than those in Europe or North America, the economic and social effects have been devastating. Health care systems that were already strained are on the verge of collapse.

How did the churches react? Some beautifully, some terribly. As in any plague or plague epidemic throughout history, the greatest contributions of churches have been to aid the needy. Across the continent, Catholic and Protestant churches have stepped forward to provide essential assistance the state cannot, by providing food, fuel and shelter. The Brazilian clergy rightly speak of fighting a “pandemic of hunger”. The Catholic Church in this country has formed a large and effective network of pastoral workers, to visit and help the elderly and isolated. Although it is too early to project the long-term effects of the crisis, it is very likely that these activist congregations and agencies will benefit greatly from their good works, as the urban poor see once again how much they depend on them. these establishments.

But churches have also played more controversial roles. As in the United States, governments have sought to prevent the spread of the infection by imposing lockdowns and restricting public gatherings. This has a particular impact on churches used to grouping together by the tens of thousands, not to mention the great Catholic pilgrimages. In Mexico, many churches have simply ignored the restrictions and organized underground masses, publicized by social media.

In Brazil, some powerful Evangelical and Pentecostal churches have denounced the restrictions as an unacceptable restriction on their religious freedom, or even pure persecution. These churches have staged public protests against court rulings that supported the closures. In fairness, it must be said that a large number of other congregations have not only obeyed the laws, but have been creative in organizing virtual services.

Making the issue even more sensitive, the authoritarian populist President of Brazil Jair Bolsonaro (who is Catholic) maintains a close alliance with the more conservative evangelical churches. Bolsonaro famously called COVID “just a little flu or the sniffles.” As a result, he refused to organize any centralized response to the threat and spoke out forcefully against the preventive measures ordered by the local authorities, not to mention his mockery of wearing a mask and social distancing. At the worst of the crisis this spring, the lockdown controversy raised fears the president would side with dissenting churches to the point of defying the constitution and overturning both Congress and the courts. Bolsonaro’s handling of the pandemic could still lead to his dismissal.

Any religious history of the crisis would also tell how some churches understood the pandemic in spiritual and providential terms, as a judgment from heaven. From this perspective, true believers might be able to escape illness through prayer and spiritual warfare. We continue to find preachers urging the use of the traditional “plague psalm” (Ps. 91) and noting the coincidence that its reverse number COVID-19: 91, we are told, will defeat 19. Conservative pastors have urged believers to rely entirely on spiritual solutions, so that they do not have to obey the constraints that governments place on religious gatherings.

Such calls for faith-based remedies and spiritual protection must be seen as a desperate response to the lack of access to effective, cutting-edge medicine. This has left the poorest believers in desperate search for anything that could possibly offer hope for themselves and their loved ones. Who else can they turn to?

Historians might already be tempted to attribute praise or blame to the various participants in the crisis. It will take much longer, perhaps a decade or more, to determine what the consequences will be for the religious scene in Latin America.

A version of this article appears in the print edition under the title “The Pandemic and the Churches”.