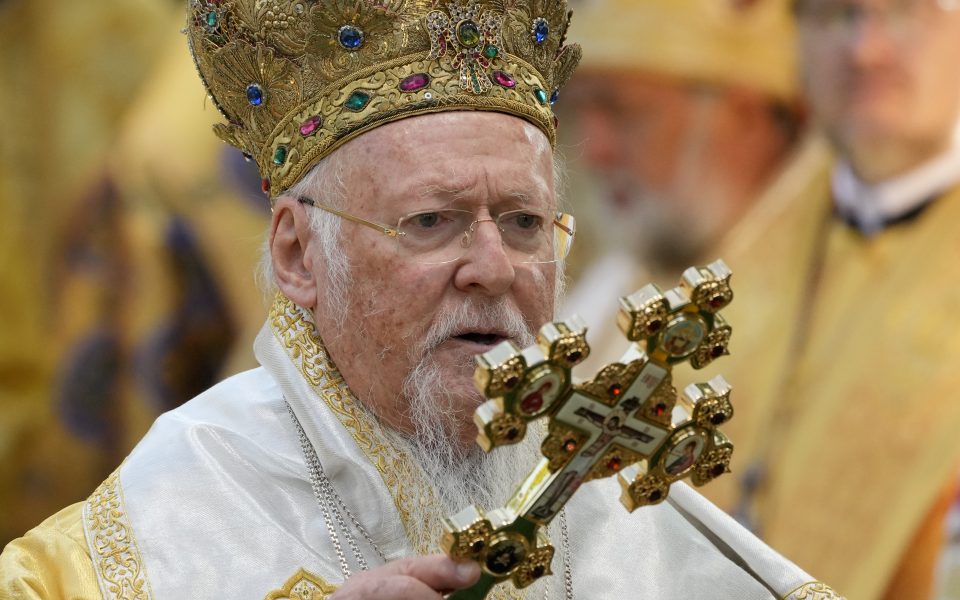 How to mix strength with weakness

Measuring the power of a religious leader is never easy. In 1935, when the French Foreign Minister urged Stalin to make concessions to the Catholics in Russia, he received the mocking response: “How many [military] divisions has the Pope? The Soviet leader never imagined that half a century later, the moral influence of a Polish pontiff would help end Moscow’s rule over Eastern Europe.

When Joe Biden speaks with the Ecumenical Patriarch later this month, the world’s strongest earth leader will be faced with a spiritual figure who exhibits a unique combination of helplessness and moral authority. When White House staff prepare a briefing for the president, it will be difficult to describe, in just a few words, why this visitor is so important. It is an elusive question.

His All Holiness has, of course, no military division. For a world-class spiritual guide, he lives in a modest wooden building near the Golden Horn and presides over services, in all their intricate beauty, where the local congregation is small if not nonexistent.

His very survival in his hometown has always been precarious. Indeed, over the past century, the continued existence of his former office – one of the oldest institutions of any kind in the world – has been a sort of diplomatic and political miracle.

And yet his personal position – as an advocate for interfaith understanding and an advocate for the natural environment, among other causes – has been widely recognized, both inside and outside the world of religion. Neither Time magazine nor the British Guardian newspaper are known for their interest in obscure theological issues, but both have recognized Patriarch Vartholomaios as one of the most influential figures in the world.

It is also worth recalling how the miracle of the survival of the Patriarchate in Istanbul unfolded, because its consequences remain palpable.

In December 1922, as Greek and Turkish peace negotiators set to work in Lausanne, the victors were adamant that the Patriarchate, tainted with association with the Greek war effort, had to leave its hometown. Greece and Great Britain resisted strongly. Lord Curzon, the British Foreign Secretary who chaired the conference, said the conscience of the whole world would be offended if this former religious office was removed from its historic seat. In this he was strongly supported by the Anglican Church, which perhaps saw the Patriarchate as a counterweight to the Vatican’s influence on Christians in the East.

In the first week of January 1923 a cautious compromise was reached. Ismet Pasha said that as a supreme act of goodwill, his country would allow the Patriarchate to remain – but only if it was limited to purely spiritual activities and renounced the administrative role (which had included considerable influence over the life of the Orthodox Christians of the empire) which he had exercised during the Ottoman era. Riza Nur, who had the sharpest tongue among Turkish delegates, bitterly concluded that letting the Patriarchate stay could be a way to ‘keep the snake in its hole’.

At least in spirit, the market on the Patriarchate helped pave the way for a broader Greco-Turkish pact under which every country formally traded religious minorities, with the carefully defined exception of the Ottoman Muslims of Western Thrace. and the Greeks established in Istanbul as of 1918. This agreement, in turn, became part of the Lausanne Peace Treaty, which included promises to respect the educational and cultural rights of religious minorities on both sides of the sea Aegean.

But as soon as this became clear, the exceptions to the population exchange were more politically controversial than the population exchange itself. The exchange had devastating consequences for hundreds of thousands of ordinary citizens, but its implementation did little to disrupt the diplomatic atmosphere between Athens and Ankara. The fate of those who remained – including the Patriarch – was another matter.

In less than two years, Greco-Turkish tensions over the Patriarchate were at their boiling point. In December 1924, a patriarch was elected who, from a Turkish point of view, was not considered an “established” resident of the city and was therefore subject to forced eviction by virtue of the population exchange.

The following month, Patriarch Constantine was arrested and sent to Greece, where he was greeted by angry crowds and demands for an immediate break in relations. A new war with Turkey seemed possible. Kathimerini’s headlines on January 31, 1925 reflect strong emotions: “The Ecumenical Patriarchate has been overthrown. The Turks arrested and expelled Patriarch Constantine. It is impossible to maintain diplomatic relations.

Greece is preparing to raise the issue with the League of Nations, guardian of the Lausanne regulations and their implementation. Turkey angrily retorted that the Patriarchate’s presence was not part of the Lausanne agreement, but an entirely domestic matter, stemming from a unilateral gesture of goodwill.

In the end, the two governments backed down from confrontation. A new patriarch was elected whose legal right to stay in Turkey was not in question. But a deep disagreement over the status of the Patriarchate had been revealed and remains unresolved to this day.

From the Turkish point of view, the Patriarchate was a domestic institution, responsible only for the local Greek community. A decree of December 1923 stipulated that candidates for the Patriarchate must be Greek Orthodox clerics of Turkish nationality.

For Greece, the old office is a matter of vivid and legitimate concern in bilateral talks with Turkey, not least because so many Greek citizens are passionate about its survival. The welfare of the Patriarchate is also, in the eyes of the Greeks, an international issue, given the “primacy of honor” (“proteio”) that the See of Constantinople holds in the Orthodox world at large. The precise consequences of this primacy are hotly contested, but the primacy itself is not in question.

This dilemma has existed since the end of the 19th century. When the great ecclesiastical statesman Patriarch Ioakeim III took office, politicians in Athens expected him to take the toughest position possible in the burgeoning ecclesiastical dispute with the Bulgarians. Much to their disappointment, the Patriarch took a more conciliatory line, taking into account the broader interests of Orthodoxy. But subsequent generations of Greek historians have long forgiven him.)

During the lifetime of Vartholomaios I, who began on the island of Imbros in 1940, the fate of the Patriarchate reflected all the murderous turmoil in the region and around the world. The office of Patriarch Athenagoras (1948–1972) began in a euphoric atmosphere of friendship between the United States, Greece and Turkey, but was marked by a series of devastating events that almost ended the existence of his local herd: the anti-Greek riots of September 1955, the expulsions of 1964 and the closure of the Halki seminary in 1971. Patriarch Dimitrios (1972-91) worked quietly and assiduously in the field of religious diplomacy but its activities have been severely circumscribed by the Turkish authorities.

When Vartholomaios I was enthroned in November 1991, he was very cautious about the prospects of the Patriarchate. In one of his earliest statements he used the New Testament quote “My strength is made perfect in weakness.”

In objective terms, the worldly weakness and vulnerability of the Patriarch remains more palpable than ever. And yet, President Biden wouldn’t meet His Holiness if he wasn’t, in a more intangible sense, very strong.

Bruce Clark writes for The Economist on history, culture and religion.

Chad Blair: Ed Case attracts a challenger from the left