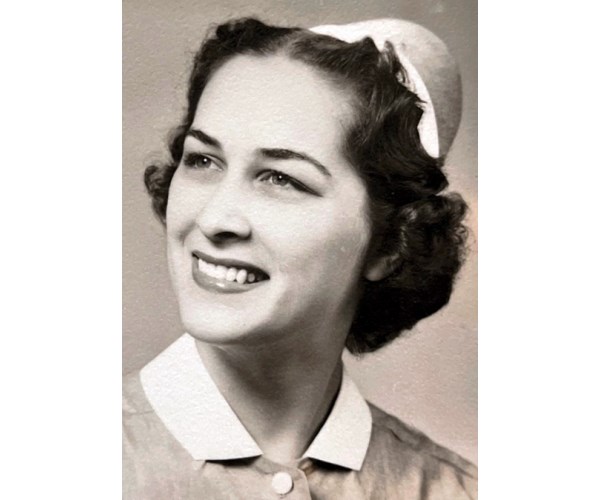 She was born on December 10, 1922 in Ottawa, IL, daughter of the late Andrew P. and Anna (Sarinec) Gombar. Helen was the fifth of eight children. The family moved to Somers, WI on August 27, 1923 and Helen grew up on the family farm, planting, hoeing, weeding, picking apples, pears and plums, harvesting and many other tasks. After attending Hillcrest School and Washington Junior High, she graduated from Kenosha High School in 1940, the first in her family to complete high school.

On August 26, 1942, she married John Benuska. He predeceased her on July 31, 1968, and Helen tirelessly served as a caregiver to her ailing husband as he battled cancer.

Helen worked at Jockey after high school, ironing and ironing clothes. She eventually attended Kenosha Licensed Practical Nursing School, where she graduated on February 27, 1955. Helen was not only a student on the Honor Roll, but after the graduation portion of the program she delivered the response speech of the students. Helen then served as President of the Kenosha Trained Practical Nurses Alumnae Association and was employed at St. Catherine’s Hospital in Pediatrics.

In the 1970s, she began taking evening classes at the Gateway Technical Institute and graduated as a registered nurse on May 16, 1974. She then worked at Woodstock Health and Rehab. Helen loved working with children, especially her own, and she eventually retired around 1993, in part to be able to look after her great-grandchildren full time.

She enjoyed growing flowers and traveling with the family during the summer, as well as the occasional large family reunions on the farm and Christmas gatherings with traditional, homemade Slovak dishes. She had an excellent reputation for her culinary skills, including Slovak bakery products such as kolach and kolachky.

Helen was a life member of the Saint Anthony of Padua Catholic Church. She was a member of the Rosary Society and participated in a variety of events including summer festivals, bake sales, pasta fundraisers, and chili baking. She was also a member of the Wisconsin Slovak Historical Society, the Slovak Catholic Sokol, and the First Catholic Slovak Ladies Association.

Funeral mass will be held at St. Anthony’s Church, 2223-51st St., Kenosha on Tuesday December 21, 2021. Visitations will begin at 10:00 am, with a rosary at noon, followed by a Christian burial mass at noon. : 30 pm Interment will follow at St. George’s Cemetery, Kenosha.

Instead of flowers, masses would be enjoyed by the family. Donations can be sent in memory of Helen to the Juvenile Diabetes Research Foundation or the All Saints Catholic School Tuition Fund.