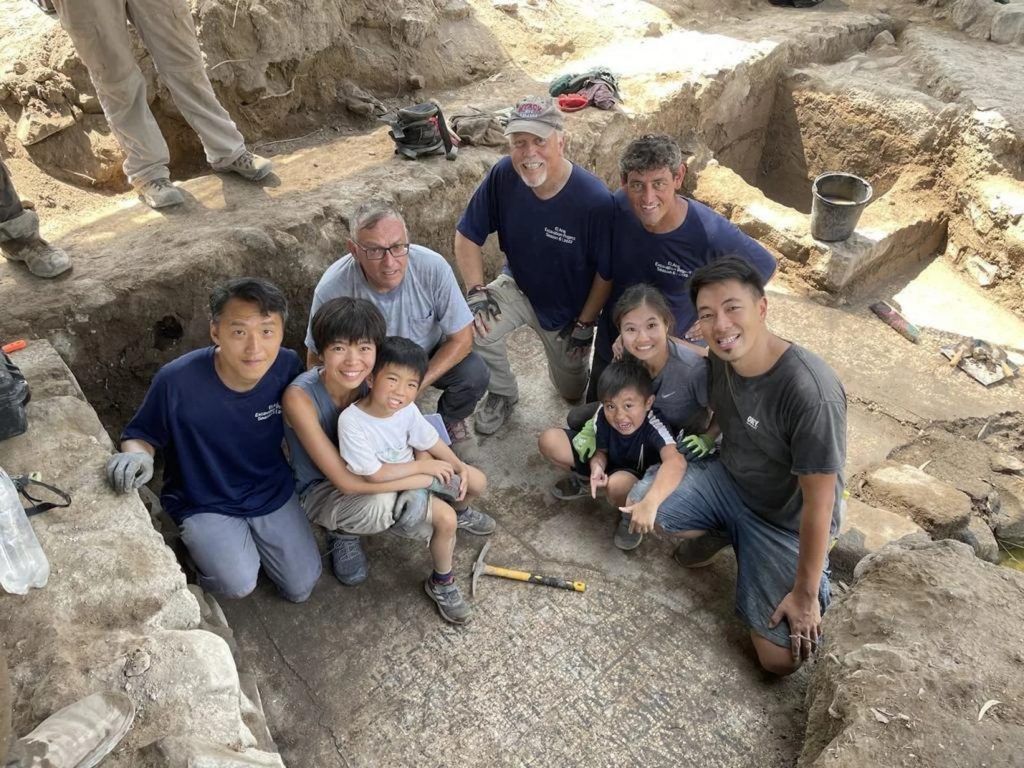 Archaeologists and religious scholars have long sought the birthplace of Saint Peter, one of the 12 apostles of Jesus Christ and the first pope of the Roman Catholic Church.

Now archaeologists in Israel say they have discovered a new artifact that proves the location of the ancient village of Bethsaida, where the important religious leader was born, along with his brother, Saint Andrew, and another apostle, Saint Philip.

Excavating what they believe to be the lost basilica of the “Church of the Apostles” at the El-Araj excavation site on the northern shore of the Sea of ​​Galilee, researchers have discovered a large inscription, written in Greek , which refers to the “leader and commander”. celestial apostles”, an expression often used to designate Saint Peter.

The find suggests Peter had a ‘special association’ with the Byzantine-period basilica, which archaeologists believe was built over the home of Peter and Andrew, says Steven Notley, an archaeologist and Bible scholar at Nyack College who is leading the excavations , in a press release. .

The inscription is inside a round medallion framed by two black lines of tesserae. It is part of a larger floral mosaic pattern on the floor of the church’s sacristy, an area or room where priests prepare for service. Today, the excavation site is located inside the Betiha Nature Reserve, which is managed by the Israel National Parks Authority.

When the next dig season begins in October, archaeologists also hope to find an inscription dedicated to Andrew, since the church would likely have been dedicated to both men, reports Ha’aretzit’s Ruth Schuster.

According to the Gospel of John, Saint Peter, Saint Andrew and Saint Philip were all born in a fishing village called Bethsaida. Christians believe this place is also the site of some of Jesus’ miracles, including healing a blind man and feeding thousands of people with five loaves and two fish.

The church may not have been built on the exact location of Peter and Andrew’s home, as flooding and the passage of time may have blurred local memory of where they lived, writes Ha’aretz.

Yet the newly discovered inscription adds to the body of evidence that suggests the site of El-Araj was once Bethsaida. Researchers have been digging at the site since 2016.

“El-Araj’s case is not only compelling; it’s overwhelming and more convincing with each digging season,” said Robert Cargill, an archaeologist at the University of Iowa. Live Science‘s Owen Jarus last year.

Family Table in the Kingdom of God | Community