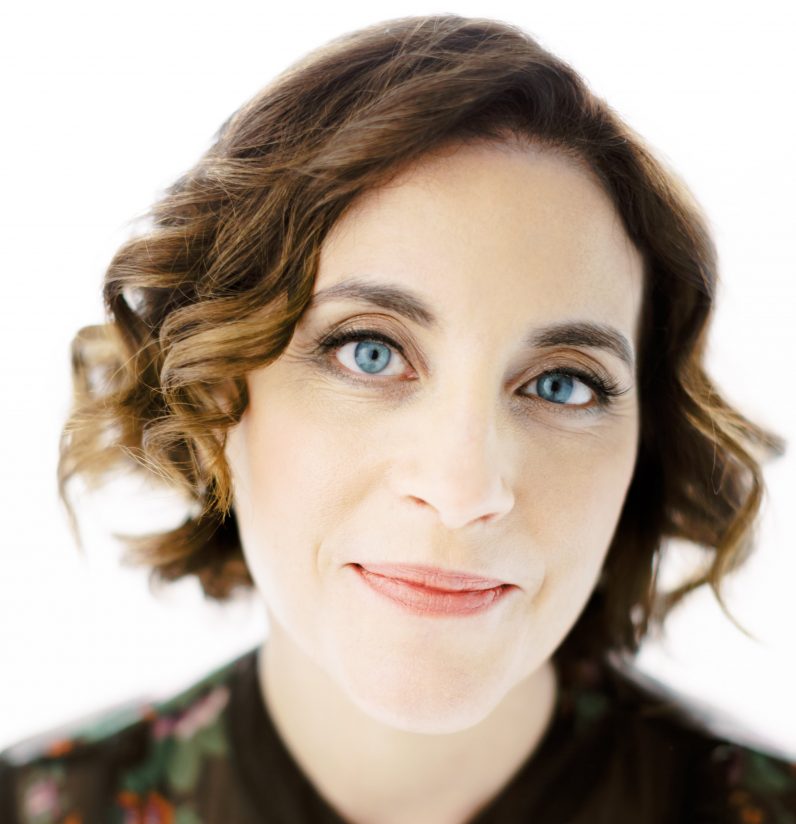 “I think, ‘God, I hope you like it. I hope what I’m doing is my prayer for you,'” she told the Tennessee Register, newspaper of the Diocese of Nashville.

“Writing a song for me is just a conversation that God and I have. If other people benefit from that conversation, that’s great,” she said. “I’m happy to let other people participate. to these conversations. It’s a real joy, it’s pure happiness.

Hart’s latest “conversation” with God is now available to Catholic churches around the world. It is his first Marian hymn: “Mother Mary, pray for us”.

“I had it in my head that I really wanted to write (a Marian hymn) for a long time and I wrote it when my youngest daughter went to college,” Hart explained. “All of a sudden I was in an empty house and it’s a really weird feeling.”

“I found myself praying to Mary a lot for the children, and I kept using these words, ‘Mother Mary, pray for us’…so I thought, ‘Why wouldn’t I not a song?'” she said.

Describing herself as “a theological research geek,” she said she was at the computer one day “looking up all the names of Mary and there were so many, so I picked the ones that I liked. ‘scored”.

“It was very quick writing. I sat down at the piano and I think I wrote it in about 20 minutes,” she said. “It just sank into my heart like a prayer. “

“Mother Mary, Pray for Us” is the most recent of hundreds of liturgical hymns and antiphons Hart has published with Oregon Catholic Press, a Portland-based publisher of Catholic liturgical music that has published his songs for more than 20 years. .

His new song is available on ocp.org and can be heard on https://orcd.co/hartmothermary.

Hart, an award-winning and Grammy-nominated artist, lives in Nolensville with her husband and daughters, and they are parishioners of Mother Teresa Church in Nolensville.

Asked as she prepared for the release of this new anthem on July 29, she said the journey of faith towards it was not always easy.

Hart grew up a Catholic, attending a small school in Lancaster, Ohio, where a devotion to Mary was instilled early.

“In my elementary school, we said the Rosary every day. Every morning we gathered around the statue of Mary and prayed about ten of the Rosary as a whole school,” Hart said.

She also lived across from a Catholic church that had a statue of Mary inside and she would sneak in and sing in front of it.

But as he got older, his devotion to Mary and his faith in general began to waver.

In college, she thought she didn’t need God that much and was “tired of being the nice girl all the time.” Before her senior year, she rediscovered her faith and entered a non-denominational community. Then, a year after her marriage, she felt strongly called back to the Catholic Church.

Although she returned, she did not immediately claim this devotion to Mary. She kept thinking about a discussion she had in college when someone asked her why Catholics “honoured Mary so much” and described her as “such a doormat.”

“I come from a very long line of very strong feminists and women with very strong opinions, and I am one too,” Hart said. “For me, it was like, ‘Wow, if Mary is a doormat, then is she the best feminist representation for my personal life?'”

It wasn’t until years later, when her maternal grandmother was dying, that she received her answer.

Her grandmother had a strong devotion to Mary and when she was dying Hart was by her side, with her mother and aunts, praying the Rosary “a million times because that’s what my grandmother wanted” .

“That’s when I realized I’m sitting here with the strongest women I’ve ever known…and they’re not doormats. It hit me at that moment. Nor was Mary a doormat,” she said.

“The strength that my mother, her sisters and my grandmother showed me was the very kind of strength that Mary had. It was a fierce force. It took a long time to say ‘Yes’ to God, and it took a lot of strength to endure the elevation of the Son of God.

“Then even to the point of watching him die,” she continued, “the strength it took as a mother to stand there and not just watch her son die, but the way he died and the things that have been said about her and the hate that has been imposed on her, she is a strong woman, not a doormat.

The following year, Hart gave birth to her first daughter. As she faced the challenges of being a mother for the first time, she found herself turning more and more to Mary, and that became the devotion she has today.

Hart said she was grateful for her faith journey because she thinks it helps her connect with today’s younger generation.

“Without those times, when we’re not high and mighty, but when we’re broken, those are the times when I think God has the most power to get us through. And coming out the other side, you feel stronger.

Hart said now, as a mother, she has “this unique perspective.”

“I have this real heart for the younger generation that is spiritual, but not religious,” she said. “I feel like these years of caring more about my intellectual side than my spiritual side have given me a unique perspective on what young people are going through today, and I I feel like it’s a real grace.”

Hart said it took him “a long time to feel comfortable” in his faith and “to feel shameless about it.”

“My feeling about faith is this: I’m always going to wear it on my sleeve,” she said. “It’s just who I am. It’s part of my life.

And because of her faith, she said she would do her best just to love as Jesus asked and Mary did.

“I hope people can just pray with this song,” Hart said. “I always hope that people’s hearts will respond and they will find a place to pray with him and find an emotional connection.”

Peterson is on the staff of the Tennessee Register, the newspaper of the Diocese of Nashville.