Getting Back on Track with TRACS: Accreditation Agency Leads the Way for Small HBCUs

The largest and most diverse accrediting body for historically black colleges and universities (HBCUs) is the Southern Association of Colleges and Schools Commission on Colleges (SACSCOC) which serves as the postsecondary accreditor for the 11 southern states: Alabama, Florida, Georgia, Kentucky, Louisiana, Mississippi, North Carolina, South Carolina, Tennessee, Texas and Virginia. In 2017, 80 of 101 HBCUs were located in these states, giving SACSCOC disproportionate influence over HBCUs. While accreditation is essentially fundamental for higher education institutions, some have argued that the accreditation process is biased in favor of HBCUs.

Specifically, experts and scholars have pointed out that SACSCOC uses peer review processes that may be implicitly unfair to HBCUs. For example, according to a United Negro College Fund white paper, SACSCOC-accredited HBCUs were sanctioned at a higher rate than their non-HBCU counterparts. In addition, this document also noted that several HBCUs were placed on warning or probation from 1998 to 2013. Additionally, SACSCOC-accredited HBCUs, such as Morris Brown College, Barber-Scotia College, Paul Quinn, St. Paul’s College and Bennett College, have had their accreditation revoked. Conversely, seven HBCUs, such as Bennett College; Clinton College; Morris Brown College; Paine College; Paul Quinn College; Shorter College and Virginia University of Lynchburg were able to obtain accreditation status with the Transnational Association of Christian Colleges and Schools (TRACS). Additionally, several other HBCUs have expressed interest in moving to TRACS.

According to its website, TRACS was founded in 1979 “as a voluntary, non-profit, self-governing organization to promote the welfare, interests and development of post-secondary institutions whose mission is characterized by a clearly Christian purpose. . . .” TRACS currently accredits approximately 90 schools in 21 states, with 6 locations overseas. TRACS is recognized by the United States Department of Education and the Council for Higher Education Accreditation (CHEA). He is also a member of the International Network of Quality Assurance Agencies in Higher Education (INQAAHE). Although TRACS has been around for over 40 years, many may not be familiar with this accreditation body. As it is not one of the six best-known regional accrediting bodies, the higher education community may not be familiar with TRACS as a national accreditor and therefore may perceive that the quality of national accreditation differs from that of regional accreditation agencies. 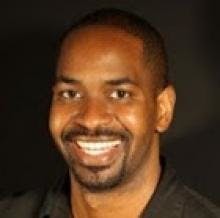 As if the letter from the U.S. Department of Education weren’t enough to help allay concerns about TRACS as an accreditation body, we conducted a systematic analysis of TRACS’s accreditation standards versus SACSCOC. . For this analysis, we reviewed the 2021 TRACS Accreditation Handbook against the 2018 SACSCOC Accreditation Principles. The results of our review revealed the following: With few exceptions, the TRACS Accreditation Standards conform to those of the SACSCOC. However, differences were noted in several areas. For example, TRACS Accreditation Standards 1.1 and 1.2 emphasize an institution having a statement of faith that is readily available and that is periodically reviewed by the institution’s board of directors. SACSCOC has no direct equivalent. Other differences include TRACS accreditation standards 2.2., 6.4., 6.6., 7.1., 7.2., 7.4., 8.11., 9.3., 11.3., 11.5., and 13.2 in which SACCCOC has not direct equivalent. Similar to TRACS, SACSCOC also has accreditation standards to which TRACS has no direct equivalent. These include 4.3., 10.3, 12.3, 14.2. and 14.5. In total, TRACS has more standards for which SACSCOC has no direct equivalent than SACSCOC. While these similarities and differences do not reflect quality or rigor, it is important to note that TRACS (like SACSCOC and several other reputable accreditation agencies) is recognized by the Council for Higher Education Accreditation (CHEA ) and the International Network for Quality Assurance. Higher Education Agencies (INQAAHE). Highlighting these organizations is important because CHEA is a national organization focused exclusively on higher education accreditation and quality assurance and is a major national voice and advocate for accreditation and quality assurance. quality of higher education. Similarly, the International Network of Quality Assurance Agencies in Higher Education (INQAAHE) is a worldwide association of over 300 organizations active in the theory and practice of quality assurance in higher education.

Although the empirical research has not indicated why more HBCUs seem to turn to TRACS for accreditation, what is clear is that HBCU leaders find that TRACS seems to be a better fit for their institutions. According to an article published in Diverse Issues In Higher Education, HBCU college leaders praised TRACS for providing a lifeline to HBCUs. Specifically, Dr. Michael Sorrell, President of Paul Quinn, commented that TRACS is a fantastic accreditor and provides a rigorous, collegial experience. He also indicated that the faith-based orientation of TRACS is critical, given that many HBCUs were founded by religious groups or have active ties to religious organizations. Dr. Timothy Eaton, president of TRACS, explained that the accreditor tends to work with smaller colleges that have faced financial challenges due to their size. Eaton added that, in general, accrediting agencies expect small colleges to operate like larger functions, while TRACS is particularly sensitive to the needs and functions of small colleges.

Dr. Kevin James is the President of Morris Brown College.

Dr. Robert T. Palmer is Department Chair and Associate Professor in the Department of Educational Leadership and Policy Studies at Howard University.

Kathleen Rzucidlo is a doctoral candidate in the Department of Educational Leadership and Policy Studies at Howard University.

NEW EDITION OF THE CATHOLIC CLASSIC WHY DO CATHOLICS DO THIS? ANSWERS PERSISTENT QUESTIONS ABOUT THE CHURCH